A recent plot to commit terrorist acts in Trinidad and Tobago (T&T) during the country’s Carnival celebrations, according to the country’s Prime Minister, was foiled due to intelligence cooperation with the United States.  It doesn’t matter the source of the intelligence. The government and people of the twin island state should be thankful there were no lives lost to an act of terrorism, this time.  The entire Caribbean should be grateful and be awakened to the real possibility that acts of terrorism are possible in the region. Hence, the question is whether each Caribbean government has an intelligence service with the requisite capacity necessary to prevent acts of terrorism taking place in each respective territory.

Certainly, Caribbean governments and people do not want a reputation that terrorists can carry out successful attacks in the region. This would create fear in potential visitors to the region. Tourists and business visitors alike must be assured that the governments of the region are capable of providing safety and security; protecting them from terrorism. This is particularly true of American citizens who believe that they are primary targets of terrorists all over the world.

During the years when the Irish Republican Army (IRA) were setting off bombs all over London killing innocent civilians, the people of London lived in fear and many potential visitors chose other places to visit. The IRA’s statement following the failed attempt on then British Prime Minister Margaret Thatcher’s life on October 12, 1984, “…remember, we only have to be lucky once; you will have to be lucky always” is reflective of terrorists’ ideology and expectation. Terrorists know that governments have to be lucky all the time to prevent acts of terrorism taking place. The terrorists are successful if they are lucky only once, because their objective is to create fear in the society while getting the greatest possible publicity and notoriety. However, it’s more than just being lucky.

Suppressing and preventing acts of terrorism depend primarily on the government’s intelligence capacity and the capability of law enforcement and security services to act preemptively in a timely and effective manner.  Law enforcement services act on the best intelligence estimate that can be derived from available information that has been collected, processed, and analyzed by intelligence services. Intelligence analysts work with the best available information to arrive at the best estimate of an impending threat at any given time. Collection of information from all sources, including electronic surveillance, is a complex process that requires extraordinary skills training and technology, and intelligence analysts are highly trained, including in the use of the latest available analytical tools. Caribbean intelligence services have considerable limitations in training and equipment to fullfil their responsibility to protect the people of the region.

Governments of the region are wise to rely heavily on intelligence shared with them by the United States and the United Kingdom. Cooperation between intelligence services of friendly countries is now the norm. That’s how they keep us safe. However, intelligence is not always 100% correct. Thus a cliché, “it’s better to be safe than sorry.” 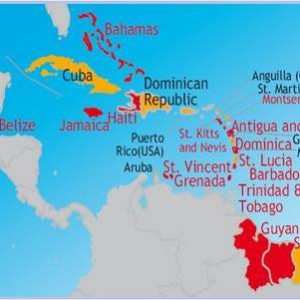 Acting on the side of caution may sometimes give the appearance of error in the intelligence provided. Mistakes are easily made when the potential terrorist act is imminent and there is not enough time to gather additional information that would verify or deny the existence of a real threat. For example, sometimes chatter about a planned terrorist attack picked up during electronic surveillance of suspect individuals may be mere talk, but it doesn’t mean intelligence analysts can ignore it nor should law enforcement and security services fail to take timely action. If the threat is real, the consequences could be grave.

Lives lost cannot be replaced. Thus law enforcement and security services must be prepared to act and err on the side of the safety and security of the public. This is particularly important when there is little time to act and the potential perpetrators are likely to have either the capacity or the opportunity to do grave harm. The imperative to take timely action  is not an option, even when the intelligence is imperfect. In many cases intelligence services will take the time necessary to meticulously seek more information to verify what they have already collected. Sometimes there is not enough time and law enforcement is forced to act on unverifiable information because of the imminent danger of the contemplated terrorist or criminal act. In other words, there is no time to waste.

For example, if there is information that there is a bomb on board an aircraft about to take off there is not enough time to determine whether the information is accurate. Should law enforcement allow the aircraft to take off while trying to verify the accuracy of the information? Or, should law enforcement ground the aircraft, clear the runway, deplane the passengers, and probably close the airport while they search for the bomb?

Furthermore, when it comes to threats from terrorism affecting the safety of the general public, it is foolhardy, at the least, for any civic-minded individual to suggest that the United States should stay out of Trinidad’s business. It is equally foolhardy to challenge or criticize intelligence shared in good faith. Those who now question the actions of the T&T intelligence and law enforcement services should reflect on this. Moreso, skeptics and critics should stop blaming intelligence services and thank them for taking action to stop a potential terrorist plot.

The reality is that intelligence services across the Caribbean lack the requisite capacity to provide actionable intelligence to protect each respective country. Truth is, no intelligence service anywhere in the world has the capability of stopping all acts of terrorism on their own and each must rely on the assistance and cooperation of other countries to suppress and prevent terrorism. UN Security Council resolution 1373 (2001) mandated that all countries take necessary action to adopt new anti-terrorism laws and create administrative and operational capacities to cooperate with each other to suppress and prevent acts of terrorism. Governments are required to keep updating their laws and building their response capacities as terrorists devise new means and methodologies to avoid detection.

The question Caribbean people should be asking their governments is why 16+ years after the mandates of SCR 1373 they still lack up-to-date anti-terrorism laws and appropriate administrative and operational capacities  to suppress and prevent acts of terrorism.  Most Caribbean governments lacked the political will to commit the resources necessary to capacitate their intelligence and law enforcement services to protect their populations from crime and terrorism. Therein is the problem. Caribbean people should be demanding of them that they wake up and act now. That should be the essence of the debate.