A glance at the newspapers over the last couple weeks paints a grim picture of our national psyche. It is a nation that continues to grapple with the twin traumas of crime and violence, combined with a stagnant economy. One day, historians will call this our lost decade.

First to hit the newspapers was the Standard and Poor’s downgrade. It based its decision on lower than expected energy production, resulting in lower economic growth. This in turn, they predicted, would lower government revenue forecasts, making it harder to pay back our existing debt.

A couple days later however, Moody’s released an alternative opinion, suggesting that after close to a decade of stagnation, our economy has stabilized, and is in fact on the upswing, due to its belief that natural gas output has stabilized. 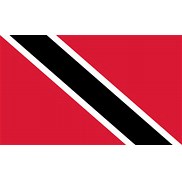 At this point, Finance Minister Colm Imbert entered the conversation on Twitter, and likened our economy to a person in ICU, who needs to stabilize, before he can recover. To put his statement in context, the Finance Minister when he entered office in 2015 inherited an economy facing the twin economic shocks, of declining production of natural gas, which resulted in lower production of petrochemicals at Point Lisas and lower energy prices. To his credit, the Finance Minister has managed a fragile recovery. The administration which he is a part of, has overseen an increase in natural gas production, steady profits at NGC and a restructured Petrotrin, now renamed Trinidad Petroleum, striving for profitability.

If we are being honest with ourselves, both agencies stated what many of us already know. Data from the Central Bank suggests that our GDP peaked in 2008 at TT$175 billion. Our economy has since declined and stagnated. The fact remains, that we are overly dependent on our energy sector, for our national wealth. While it was responsible for vibrant growth in the 2000s, it cannot continue to be our sole economic driver.

To this end, the government needs to put policies in place to diversify our economy. Minister Imbert should look at the feasibility of reducing corporation tax on small manufacturers and hotels and guest houses. He should revisit the proposed property tax on plant and machinery for factories. This serves as a disincentive to modernize equipment. In terms of agriculture, we should be working with our food distribution companies to encourage them to invest in food manufacturing and farming. With our farmers, we should encourage the formation of co-operatives, which can achieve the economies of scale they lack. Finally with regards to labour, we should examine the feasibility of a short term guest worker programme for agricultural workers, as the lack of labour in this industry remains a common complaint.

In terms of our budget, we don’t need Moody’s to tell us that we need to balance our revenue and expenditure. Yearly interest payments on debt now represent close to 20% of core revenue. We need to address the billions we spend yearly on our state owned enterprises. Through a policy of IPOs, our state companies can be listed and partially privatized on the stock exchange. This would allow greater accountability, as these organizations will now have to provide quarterly financial statements, but more importantly, this will give them access to private capital and directors who can drive their profitability.

With special regard to WASA and TTEC, subsidies and transfers need to be reduced. Although subsidized for the public good, these institutions continue to be overstaffed and inefficiently run. While keeping a subsidy for the most vulnerable, the balance of annual allocations can be reallocated to infrastructure projects that encourage trade and investment in our economy, or to beef up funding on education. We need to direct more resources to our government primary and secondary schools to improve educational outcomes. Furthermore, working with our universities, more money should be allocated to research and development at the tertiary level, to encourage the development of innovative products, which can be globally competitive.

While our leaders continue to grapple with this economic trauma, Trinidad and Tobago continues to experience unrelenting violence. A look at the ages of the murder victims reveals to us, that many of the dead on average are in their 20s, just like me. Sadly, we continue to lose our young generation at alarming rates.

Working with our churches, we need to create alternative power structures in our under-served communities, which tackle the dominance of criminal gangs. We need to encourage the growth of small community businesses that can create wealth. Finally, we need to improve educational opportunities by ensuring students do not drop out of school, because of financial or other reasons. Brazil has been successful with its Bolsa Familia initiative, which is a conditional cash transfer programme, which gives cash payments to the poorest families, once children stay in school and get regular medical check-ups.  We have the ability to modify our food card initiative to follow this model.

What I am trying to get at, is that we need a comprehensive vision that provides solutions to target both our economic and social problems, and one which creates a sustainable cultural change. I refuse to believe that we like being an underachieving society. I refuse to accept economic stagnation and social frustration. Trinidad and Tobago we deserve so much more!

Adam Raffoul holds a B.A. in International Relations from American University, Washington D.C. He is a young businessman in Trinidad & Tobago; and he volunteers for a local (T&T) think tank.