(Port of Spain, Trinidad and Tobago)

Word from Guyana, is that the Bank of Guyana has instructed local cambios to stop buying Trinidad and Tobago Dollars (TTD) and Barbadian Dollars (BBD). The claim from authorities in Guyana is that Trinis and Bajans were flying into Georgetown with their respective local currencies, offloading it there, and purchasing US Dollars. This caused a situation where Guyanese business people were complaining about a shortage of US currency to pay for imports.

This may sound peculiar to those not familiar with the economic situation here in Port of Spain. Trinidad and Tobago has had a rough economic year. Our economy has contracted 4.5% in 2016. (Trinidad & Tobago Guardian on Line, 12/18/2016). The murder rate is trending upward and store owners and vendors alike, are complaining that Christmas sales are not what they used to be.

As most will know, Trinidad and Tobago is highly dependent on our energy sector. The reason for our economic misfortune is due to a major decline in energy prices on the world market and supply constraints at our petrochemical plants locally. This is caused by natural gas curtailments of up to 30% at some of our industrial plants, such as Atlantic LNG. (Guardian, 12/20/16). Our industrial plants have not been running at full capacity for the last couple years. It is not necessarily that Trinidad and Tobago is running out of natural gas and oil, but due to a pause of investment until recently.

Trinidad and Tobago is an old energy producer with many mature fields. New fields are in deep water, which tends to be costly and riskier to produce. With lower energy prices, energy companies were not willing to make large investments in new, costlier and riskier fields. The previous Kamla Persad Bissessar Administration seeing this, increased tax incentives to energy companies, to encourage more investment in these offshore fields. BPTT has taken advantage of these incentives, and finally it will bear fruit, with BP’s Juniper platform coming on stream in 2017. This will help alleviate our gas shortfall.

Now how does energy production relate back to a shortage of foreign exchange in Trinidad and Tobago? Besides providing tax revenue, our petrochemical plants, natural gas and oil exports generate precious foreign exchange for our non-energy sector. Despite having a vibrant manufacturing sector, our energy sector contributes to over 80% of our exports. (CIA, World Factbook) With reduced prices for our major exports, as well as supply 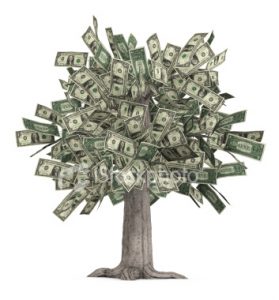 curtailments of natural gas to our petrochemical plants, we have found ourselves in a situation with reduced receipts of foreign exchange. This has put pressure on our non-energy services sector, which is dependent on imports for the majority of the products that they sell. Businesses around the country have been complaining about foreign exchange shortages, and many have resorted to buying US currency on the black market to supplement their needs.

The Trinidad and Tobago government has responded in multiple ways, devaluing the currency, borrowing US currency on the international market and running down our foreign reserves. In the last year, the Central Bank has devalued our currency from TT$6.36=US$1 to TT$6.75=US$1. The IMF in their May 2016 Article IV consultation suggested that this is not enough.  They stated that from their calculations, the currency is overvalued between 23%-50%, depending on the model used. (IMF Country Report, 6/2016) A devaluation of this scale will have devastating effects on the standard of living of Trinbagonians.

The Rowley administration mindful of this, has sought to ease this burden. The country went to the international market in July and listed a US$1 billion bond, which was oversubscribed. (Guardian 12/20/16).  The government has tapped into our US$ denominated Heritage and Stabilization Fund and have run down our foreign reserves. At the end of November, our foreign reserves still remain a healthy US$9.55 billion, a decline of US$527 million from the end of August.

While the government has sought to ease budgetary cuts through selling assets and running up our debt, which still remains manageable at 62% of GDP up from 50.9% in 2015, Trinis are feeling the pinch with austerity policies being implemented. (Budget Statement 2017; CTV TT News Online) The population is paying more for fuel as the fuel subsidy is being phased out. University education once free will soon be subject to a means test, with students from high and middle income families being asked to pay a percentage of their tuition from September 2017. Social programmes are being trimmed. Property Taxes discontinued under the last Persad Bissessar Administration will be reintroduced in 2017. High income individuals and companies will be asked from January to pay a higher tax rate of 30%. Even online shoppers are now subject to a 7% tax on online purchases they ship through courier service.

As Trinis flood churches across the country for Christmas, chief on our minds will be the economic situation here. The Rowley administration recently signed an Agreement in Caracas which will allow us to purchase gas from Venezuela to meet the shortfall of gas to our petrochemical plants. (Oil & Gas Journal, 12/01/16; Guardian, 12/07/16). This should come on stream by 2020. Representatives of the Trinidad and Tobago International Financial Centre will be flying to Guyana in early 2017 to see how we can get involved in Guyana’s new oil find. On the tourism front, negotiations continue with Jamaica’s Sandals Resorts on opening a resort in Tobago. Oil and natural gas prices are finally trending upwards due to a recently agreed supply cut by energy producers.

Rumour here is that God is a Trini. Perhaps He will help us dodge the bullet after all!

Adam Raffoul holds a B.A. in International Relations from American University, Washington D.C. He is a young businessman and volunteers for a local (T&T) think tank. (He was last seen looking for the latest Christmas fete!)

The Ward Post welcomes Adam Raffoul, a young business leader in Trinidad & Tobago, who will be sharing his perspectives as a Guest Blogger on TWP.