By Ambassador Curtis A. Ward 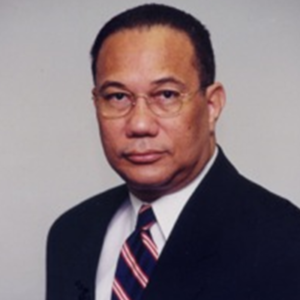 (09 January 2023) –– Jamaica and the Caribbean, indeed the international community, lost a human being who was a superlative diplomat, an exceptional economist, a skilled writer and impactful author, and a great friend of the Jamaican diaspora community across the United States. His laser focus on Jamaican and Caribbean development led me to collaborate with him on several issues.

I met Dr. Richard Bernal in the early 1990’s during preparation for the election of the Most Hon. P. J. Patterson when I went to Jamaica to support the campaign. Richard was among a small group of economists advising Mr. Patterson. Richard was by then a respected economist and many who are familiar with his work over the years will agree he grew into one of the most respected economists in Jamaica and the Caribbean, as well as internationally. He became the go-to person if one needed the views and opinions of a well-qualified development economist on issues related to Jamaica and the Caribbean.

When Dr. Bernal was appointed ambassador to Washington, and having heard I was about to visit Jamaica, he called and asked if I could meet with him and brief him on the Washington political landscape. We met in downtown Kingston and I laid out for him the dynamics in Washington, how to navigate the political environment, and how to avoid pitfalls that usually befall inexperienced diplomats.

When Ambassador Bernal took up his new post, he hit the ground running and never looked back. He infused new energy and proactive actions within the Caribbean diplomatic corps. His masterful leadership during his tenure has often been referred to by his former diplomatic colleagues. As one of his former colleagues attested, Ambassador Bernal was always well prepared. He was impactful as he effectively advanced the interests of Jamaica and the Caribbean in the milieu of Washington’s evolving political landscape.

I had the distinct pleasure of having a cooperative and friendly relationship with Ambassador Bernal throughout his tenure as Jamaica’s top diplomat in Washington and during the time he spent at the Inter-American Development Bank as Caribbean Director. We collaborated on several initiatives to benefit Jamaica and the Caribbean. There are two I will highlight as I pay tribute to a Jamaican ambassador who always recognized the value of the Jamaican diaspora to his work and to Jamaica’s development as a nation.

The first was the Chiquita banana issue. I was reminded of this when Ambassador Bernal was writing one of his most recent books. He sent me the draft of a couple chapters and asked my input in verifying the important role members of the Jamaican community in Washington played in this effort. Specifically, our group, the National Coalition on Caribbean Affairs, which in addition to myself, included the late Leopold Edwards, the late Dr. Alston Meade, and Dr. Ransford Palmer, a Howard University economics professor, as we created history with our interventions with the U.S. State Department and the National Security Council making the case for the Caribbean in opposition to Chiquita, the banana exporting behemoth which threatened Caribbean banana exports to Europe. We met, as needed, with Ambassador Bernal to exchange briefs on the latest efforts by Caribbean governments and Caribbean banana producers, and by our group to ensure synergy and oneness of purpose. He also facilitated briefs by others who were integrally involved on the side of the Caribbean.

Our collaboration was on many fronts, including in the halls of Congress and in mobilizing members of the Jamaican diaspora to lend support to this and other causes by contacting their Congressional representatives to urge their support for Jamaica and the Caribbean. Ambassador Bernal built upon the diaspora engagement legacy of the late Ambassador Alfred Rattray who preceded him by several years.

Ambassador Bernal never ceased trying to exploit what the diaspora had to offer to help in Jamaica’s social and economic development. To this end, in the early 1990s, Ambassador Bernal encouraged a group of us to establish the Jamaica National Development Foundation, a 501(c)(3) organization, with a focus on health and education development in Jamaica. And this is where Ambassador Bernal must receive full recognition for his role in facilitating one of the most impactful initiatives advancing healthcare in Jamaica’s history.

Under my chairmanship, and Ambassador Bernal as Honorary Chair, we planned and executed a major game-changer in surgical healthcare delivery at the University of the West Indies Hospital. The late Dr. Michael Jackson and the late Dr, Stanley Samms, chair, and vice-chair, respectively, of our health committee, led the initiative with the support of foundation board members, including the late Leo Edwards, then Maryland Delegate the Hon. Shirley Nathan-Pulliam, George Willie, Darien Green, John Christie, and others, with Dr. Basil Bryan, Deputy Chief of Mission at the Jamaica Embassy, and Mrs. Margaret Bernal both providing invaluable support, all made this project the success that it was.

We were fortunate to have a top heart surgeon and a support team of other medical and healthcare professionals  from the Washington Hospital Center who volunteered for this mission. We restarted heart surgery at the University Hospital. Our first of four missions replaced damaged heart valves for four patients. On the ground in Jamaica, then Chief of Staff of the JDF, Major General John Simmonds, arranged transportation by the JDF for our medical team operating on 24 hour shift throughout the mission.

The success of our mission was best expressed by a fourteen-year-old girl whose heart valve was replaced on our first mission. In a letter she wrote to us, she said, “Thank you for coming to Jamaica to save my life. Now I can walk to church.” Her statement touched all of us deeply. From a professional perspective, Dr. Howard Spencer, the chief cardiologist at the University Hospital at the time, wrote to us following our first mission saying, “Thank you for coming to Jamaica to show us what we can do.”

All of us involved in this initiative were quite grateful for Ambassador Bernal’s advice and support throughout the planning and execution of this landmark undertaking. It would not have been possible without him. I personally benefited from the many personal conversations we had during this entire process. This is a testament to Ambassador Bernal’s laser focus on helping Jamaica and Jamaicans, and is a testimony to his humanity and caring for the less fortunate.

Ambassador Bernal’s enduring legacy is imbedded in the memories of all those who knew him. He will never be forgotten.

May he rest in eternal peace.

See also, My conversation with Ambassador Richard Bernal on my Podcast (May 7, 2022)

Listen to my Podcasts here or anywhere you get your podcasts