Transparency and Accountability are not merely convenient words in good governance 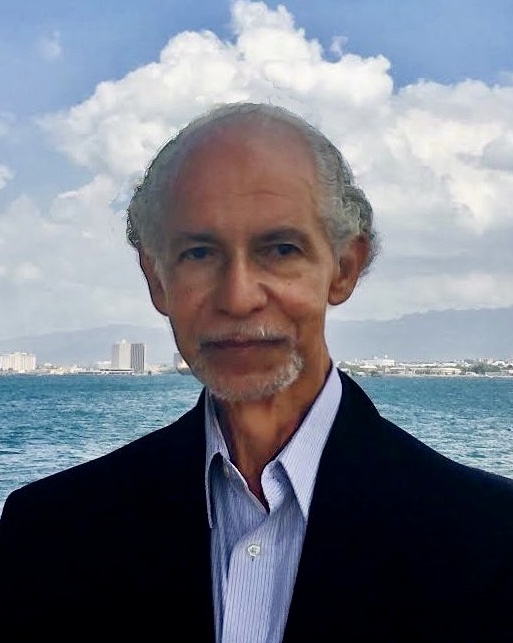 (31 August 2022) — Commitment to “Transparency and Accountability” are precepts for good governance and rule of law in modern civilized society. These are not just words to be spoken, they are action words which define the character of leadership in governments and societies at large. It is tiresome to hear political leaders claim that they adhere to these precepts when in fact they don’t. They often use these words in vain attempts to cover up their own failings when they are not living up to these acceptable standards. Yet they claim and repeat them ad nausea.

An unsophisticated body politic, or perhaps a public which has descended into political apathy, ignore the obfuscations, and generally accept lack of transparency and accountability as norms. This is a dangerous trend in old and nascent democracies around the world. Jamaica and the Republic of Trinidad & Tobago, the two oldest democracies in the Caribbean, celebrate sixty years in August 2022. They are nascent democracies in the general scheme of things, and it is important for them to continue to strengthen the institutions upon which their democracies are expected to thrive.

The institutions upon which democracies are grounded and nurtured will begin to crack and will eventually collapse, unless there are individuals and groups within these societies who maintain vigil and advocacy to preserve them. Holding governments to their words of commitment are important. Continued exposure of government’s lack of compliance, and agitation by civil society are critical to the process. Looking the other way when there is lack of transparency and accountability in governments generally fosters corruption and is a losing prospect for good governance and rule of law, and for the people.

The recent debacle over the failed candidature of Jamaica’s foreign affairs and foreign trade minister for the post of Commonwealth Secretary General, and the government’s lack of transparency and accountability regarding aspects of the funding support, is a case in point. As much as the government would like to see the issue disappear, there is at least one group which for very valid reasons will not let go. I applaud them.

The Advocates Network (AN) is standing up to the Jamaican government and demanding that political leaders live up to their declarations of transparency and accountability on this issue. The Ward Post has done likewise and stands firm with AN’s most recent demand on the government. I repeat, “Transparency and Accountability” are action words, standards by which to govern, and anything less is unacceptable. The Jamaican people should demand that the government they elected adhere to these basic principles and fundamentally important standards. (See also: Oldest Caribbean Democracies Shackled to their Colonial Past —  “We cannot become complacent. We must always be mindful of the fact democracy is not assured. The people must always hold their governments accountable —)

Here’s the Advocates Network’s most recent Press Release on the matter which makes the case:

Kingston, Jamaica, Tuesday, August 30, 2022.  On August 7, 2022, a Press Release from the Office of the Prime Minister (OPM) asserted that “The Government of Jamaica ran a clean, transparent, principled campaign that met the standards of accountability.” In an earlier OPM Press Release, dated June 6, 2022, Minister Kamina Johnson Smith stated: “There are no secrets around the financing of this campaign. We remain fully committed to transparency and accountability.” We are, therefore, surprised that the Minister, as the beneficiary and “foreign principal” in the June 1, 2022 contract with Finn Partners, Inc., is silent and is keeping the name(s) of the “corporate Jamaica” funders that paid for the services of Finn Partners a big secret from the Jamaican people she serves.

So we ask: What standards of accountability are being referred to by the Minister and OPM?

This secret about the “corporate Jamaica” funders does not rise to the level of global standards of accountability, in particular, the standards implied in the Commonwealth Charter. The Commonwealth standard is relevant since this is the organization that the Minister aspired to lead using taxpayers’ money. One of the core values of the Commonwealth Charter is Good Governance where members commit to “promote good governance through the rule of law, to ensure transparency and accountability and to root out, both at national and international levels, systemic and systematic corruption.” The Commonwealth (Latimer House) Principles require that governments should maintain the highest (global) standards of accountability, transparency and responsibility in the conduct of all public business. Importantly, this obligation is not fully discharged merely by acting within the law. Good governance and accountability requires the highest standards of honesty, probity and integrity.

So we ask: If Minister Johnson Smith became Commonwealth Secretary General, could she keep secret the name(s) of corporate financiers of a contract to which she was a party?

Jamaica is a signatory to the Open Government Partnership (OGP). According to global OGP Accountability Standards, accountability mechanisms require that “sufficient information must be provided to permit ongoing public scrutiny of the actions of public bodies.” The standards to prevent conflict of interest include declaration of interests. Global standards of ministerial conduct require ministers to perform their official duties in a manner that will bear the closest public scrutiny. This strengthens our democracy, builds trust in government and enhances public confidence in the integrity and acceptability of ministerial activities.

So we ask: What standards of accountability is Information Minister Morgan using when he states that it would be “a slippery slope, dangerous and inappropriate” for the Government to disclose information about a “private contractual relationship between private companies“?

The principle and basis for disclosure when Ministries, Departments and Agencies (MDAs) receive gifts are outlined in the Integrity Commission Act, campaign financing provisions of the Representation of the People’s Act, among other documents.  The Ministry of Finance and Planning Guidelines for the Acceptance of and Accounting for Gifts to the Government (Circular No.17), invites the attention of “Accounting Officers, Chief Executive Officers and Heads of Departments” to, inter alia, the following: (a) due diligence to ensure that gifts are not from tainted sources; (b) gifts must not be accepted as an incentive for hidden benefits, rights or privileges; and (c) gifts likely to have a significant impact on national programmes and policies require prior approval of Cabinet before acceptance.

So we ask: Does the public have a right to know (a): if the “corporate Jamaica” donor(s) were subjected to due diligence; (b) how did the government establish that there were no “hidden benefits, rights or privileges; and (c) whether Cabinet gave prior approval? Will Minister Johnson Smith be held to the same Standards of Accountability as other government officials, including the requirement to complete the Acceptance of Gift Form (Appendix 1)?

In 2020, Transparency International (TI) did a review of Caribbean Public Accountability Mechanisms (CariPAM) in six Caribbean countries, including Jamaica. The review revealed that, while all six countries possess strong access to information laws, most public accountability laws in other areas are relatively outdated. It also revealed that: “There is little accountability or transparency legislation for heads of state and ministers in the areas of financial disclosure and conflict of interest regulation,” and that there are “no bans on donations from corporations with government contracts.”

So we ask: In light of the above, should the government follow international standards of accountability? Will the Information Minister disclose the disaggregated costings that he indicated (in an radio interview on August 8, 2022) was already prepared but was not appended to the August 7, 2022 OPM Press Release out of concern for the length of the document? And, importantly, will the government fully account to the people of Jamaica for the spending and stewardship of taxpayers’ money by answering these and other questions being posed by taxpayers?

The Advocates Network (AN) expects that these are other questions will be answered when Parliament resumes in September. The AN again urges the government to put in place adequate rules to enable FULL DISCLOSURE of information and to ensure that there are BUDGET LIMITS for “lobbying activities for high-level candidatures.”

This is no 9-day wonder! Wi Naa Ease Up!

The Advocates Network is an unincorporated, non-partisan alliance of individuals and organizations advocating for human rights and good governance to improve the socio-economic conditions of the people of Jamaica and to transform lives. Our core objective is to forge an effective, broad-based collaboration of individuals and civil society organizations to support human rights and good governance issues.