The Jamaican Diaspora: Convergence or Divergence

(03 July 2017) — Perhaps by error or coincidence there are two conferences taking place in Jamaica in July 2017 featuring significant segments of the Jamaican diaspora. The National Association of Jamaican And Supportive Organizations (NAJASO) is celebrating its 40th Anniversary at its Annual Conference in Montego Bay from 13-15 July. A week later, at the opposite end of the island, will be the Jamaica 55 Diaspora Conference (the Biennial Jamaican Diaspora Conference) being held in Kingston from 23-26 July. Normally, the Biennial Conference is held in June in even numerical years. NAJASO’s Jamaica conference is following its normal schedule.  Under those circumstances there would be no actual or perceived scheduling conflict.

Also, it is important to distinguish between organizations of the two conferences. NAJASO’s convention is organized and sponsored by its members, while the Biennial Conference is organized and sponsored by the Jamaican Government with some corporate support and sponsorship.  In that context rather than make comparisons we should focus instead on the underlying objectives of the diaspora as a whole, which are far more important, than on how or who are responsible for organizing these conferences.  It is also important that convergences of diaspora objectives are pursued in both arenas. 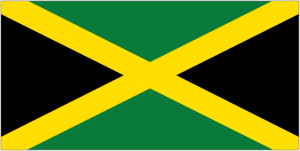 Most importantly, the focus of each of these two conferences will be defining the role of the Jamaican diaspora in Jamaica’s future political and development agendas.  Rather than perceived as conflicting conferences, Jamaicans in the diaspora, in particular in the United States, should see these two conferences as opportunities to work in unity for the same purpose – the future of Jamaica.

As an umbrella organization, the only such Jamaican organization in the United States, NAJASO should be seen as a

For the past 40 years NAJASO has been uniquely connected to a vast number of Jamaicans in the diaspora across the United States through its current membership which now exceeds its original 23 founding members. NAJASO’s outreach can take advantage of the multiplier effect of its connection to the membership of each of its member organizations.  Illustrative of this is that each NAJASO member organization historically celebrates Jamaica’s independence each year in their respective cities and towns across the United States.  They bring together hundreds of Jamaicans and friends of Jamaica at each of these and other Jamaican celebratory events. There is no other comparable existing framework for engaging the Jamaican community in the United States. 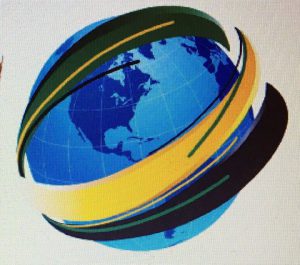 Some may suggest the use of social media as a primary substitute for personal connections and engagement rather than as a compliment. They often fail to take into consideration the uniqueness of the demographics of the Jamaican diaspora.

NAJASO has a history of service in many areas – advocacy on behalf of Jamaicans in the diaspora, and on behalf of their Jamaican homeland through their membership connections to political representatives in Washington, DC.  NAJASO directly and through its member organizations has contributed significantly to Jamaica in areas of education, health and other philanthropic and social programs. As a 501(c) (3) tax-exempt organization recognized by the U.S. Internal Revenue Service, NAJASO provides an advantage to donors and supporters.

Even though there have been periods when the organization has not been as effective as it could be, it is my view, that having survived 40 years NAJASO’s resilience makes the organization a foundation on which to structure an institution that can service the entire diaspora and thereby advance the interests of the people of Jamaica. NAJASO starts with an advantage; there is an organizational structure in place which has withstood the test of time. It is a structure which is capable of advancing the diaspora’s objectives.  That said, NAJASO must undergo institutional strengthening, and restructuring, to become a more effective vehicle for diaspora engagement. 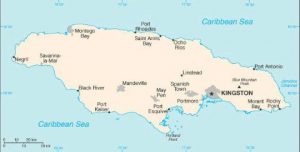 With an infusion of new membership, including individuals as affiliated members, to compliment the current core member organizations, NAJASO could move quickly to fulfil any new objectives that might emerge from either or both conferences. NAJASO has already made adjustments to its membership structure to include individual members.  More will need to be done. Given the right encouragement, I know from experience, NAJASO is not opposed to change which will make it a more effective vehicle for diaspora engagement going forward.

In order for the diaspora to effectively pursue its objectives in their adopted communities or in the Jamaica homeland, Jamaicans must be prepared to unify their efforts by working through and within structured organizational frameworks already existing across the United States. There are many unaffiliated Jamaican organizations in practically every Jamaican community in the U.S. that are open to membership by individuals of Jamaican heritage.  It is important for these organizations to consider taking advantage of the multiplier effect that could accrue to their efforts through affiliation with a restructured and strengthened NAJASO.