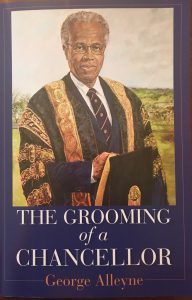 The Grooming of a Chancellor

(25 July 2018) — Along the way, Sir George has lived and exceeded the dreams of most people of Caribbean heritage in his own career. Having won the prestigious Barbados Scholarship to study medicine at the University of the West Indies (UWI) in Kingston, Jamaica, Sir George’s The Grooming of a Chancellor takes us through his early years in Barbados; his years as a student in Jamaica; as UWI researcher and professor of medicine; and international engagements leading to his election as Director of  the Pan American Health Organization (PAHO) where he served two terms. There were numerous successful health initiatives during Sir George’s tenure at PAHO for which the entire Latin American and Caribbean region owes to his exemplary leadership.

As Chancellor of the UWI, Sir George led the institution through a period of 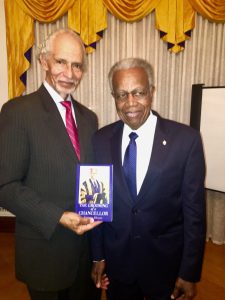 tremendous development consolidating its position as the eminent tertiary institution in the region, as well as enhancing its global recognition significantly. 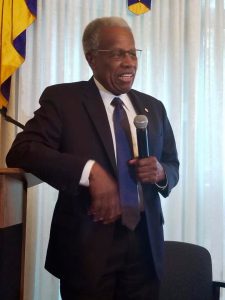 From his base in the Washington DC area, Sir George has been a fervent supporter of Caribbean diaspora initiatives and programs which have sought to promote the interests of the entire Caribbean region. As one commentator noted, Sir George Alleyne, a Barbadian, became a West Indian man in Jamaica. The entire Caribbean region is proud to call him a Caribbean man. His autobiography, The Grooming of A Chancellor, is an excellent read.  I recommend it to all peoples of Caribbean heritage and others interested in the extraordinary career and achievements of a major regional and international leader of our time.

The Grooming of A Chancellor is available on Amazon.com and elsewhere.