(Nov. 03, 2016) — It is common practice for members of the Caribbean Diaspora to open savings accounts in local financial institutions in their countries of origin.  Such accounts are not intended as means to evade U.S. taxes and they do not violate U.S. laws. These accounts are opened for various legitimate reasons – retirement savings, building retirement homes, support of family members, and taking advantage of higher interest rates available in these countries compared to where they live and work.  It is particularly true of Caribbean Diaspora members living in the United States where interest rates on saving accounts have been extraordinarily low for several years while interest rates in the Caribbean have traditionally been significantly higher.

With the certain expectation that all Caribbean governments will accede to the FATCA reporting requirements, there are concerns in diaspora circles about possible tax liabilities that may arise from reporting on these accounts to the U.S. government (USG).  The question therefore arises: Are there implications of FATCA on Caribbean diaspora savings in home country financial institutions? The short answer – Yes, but with qualifications. Some of these concerns may be assuaged if affected savers are apprised of the extent of possible exposure to U.S. tax obligations attached to these foreign savings and trust accounts. There is nothing in FATCA reporting requirements to prevent members of the Diaspora from continuing to take advantage of saving in financial institutions in their countries of origin. 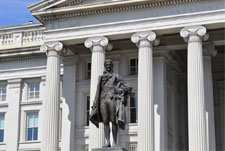 In considering the implications it is important to take note of some specific FATCA requirements that affect accounts held in foreign banks (outside the U.S.). As a matter of fact, with regard to the U.S., there may be very little exposure to additional tax liabilities on such foreign-held accounts, in particular if these accounts are, or were established from earnings already taxed in the United States; as long as the individual can demonstrate to the Internal Revenue Service (IRS) that these accounts were not established to evade U.S. tax liabilities, and interests income on these accounts have been reported on annual tax returns.  Also, interest income already taxed in the countries where these deposits are held may be exempted under current Avoidance of Double Taxation Treaties between the United States and the host countries.

Furthermore, it will be equally important for taxpayers to be able to demonstrate that the funds deposited in these accounts were derived from legitimate sources.  This is an effort to ensure that these foreign-held funds are not derived from illegitimate activities and are not money-laundered funds.  As regards all legitimate source funds, a U.S. citizen or resident depositor is already obligated under U.S. law to report and pay income taxes on non-exempt interest payments.

As stated above, a U.S. depositor, at the least, will be required to provide a paper trail for the deposits made to these foreign accounts, including report of interest earnings from whatever source on their annual tax filings with the IRS. Failure to have done so in the past may result in penalties and fines by the IRS when FATCA reporting gets underway in January 2017.  Also noted above, and worth repeating, while the FATCA aims to reign in U.S. tax evaders the USG has a deep interest in preventing money laundering and terrorist financing and has an interest in foreign financial institutions’ capacities and practices to identify and report suspicious transactions.

Following is a synopsis of FATCA provisions that seem most relevant to Caribbean diaspora depositors. My references are drawn from the inter-government agreement (IGA) entered into between the governments of the United States and Jamaica for the implementation of the FATCA reciprocal reporting requirements.  These FATCA reporting requirements are common to all similar agreements and will provide similar obligations across the Caribbean.  The implications of these provisions will apply to all U.S.-based Caribbean diaspora members with savings accounts in their countries of nationality that fall within the reporting criteria. These criteria are set out briefly below.

It should be noted, the reciprocal information exchanged between the U.S and Jamaica must be used strictly for tax purposes, and both countries have agreed to maintain the highest level of confidentiality in handling of the shared information. The information on Caribbean Diaspora (U.S. citizens and residents) depositors that will be shared with the U.S. Government include: the name, date of birth, address, telephone number, and tax identification number (such as social security number).  The IGA sets out the level of strict due diligence required of financial institutions to know their customers (KYC standards), and these standards are to be applied to new accounts as well as all qualifying accounts on record as of June 30, 2014.  The reporting requirement is retroactive and reciprocal.  Caribbean financial institutions must have in place the capabilities to identify these depositors.

The criteria for reporting not only establish non-concealment of beneficial ownership of each account but also set limits on qualifying amount of each deposit subject to reporting.  Pre-existing Jamaican accounts with a balance or value that does not exceed US$50,000 as of June 30, 2014 are exempt from the reporting requirements.  The amount of interests paid to affected accounts during each calendar year must be reported. There are specific rules with regard the treatment of Jamaican retirement accounts (not discussed here).  Also, Cash Value Insurance Contract or Annuity Contract with a value of US$250, 000 or less is exempt.  Furthermore, There are enhanced review procedures for pre-existing individual accounts with a value or balance in excess of US$1,000,000 as of June 30, 2014 (details on the treatment of such accounts are not discussed here).

By no means is this article intended to be exhaustive of the obligations required of any particular FATCA IGA and the obligations it creates on foreign governments or on foreign financial institutions.  Neither is this article to be regarded as providing professional advice to U.S. citizens and residents holding foreign accounts, or exhaustive of any U.S. taxpayer’s obligations.  I urge all members of the Caribbean diaspora in the United States holding foreign accounts to seek professional advice on the obligations resulting from implementation of FATCA across the Caribbean.

In seeking professional advice, enquire of the tax professional if he or she is competent to advise on the implications of the FATCA on foreign-held accounts, in general, and, in particular on the specific account in question.  Bear in mind reporting on foreign deposit accounts begin on January 1, 2017; and don’t forget reporting is retroactive to June 2014.  Closing overseas accounts now won’t reduce tax obligations on qualifying accounts.