(24 November 2017) — Attracting the “Global Conference on Jobs & Inclusive Growth: Partnerships for Sustainable Tourism” to Montego Bay, Jamaica, was a major milestone for the country and the Minister of Tourism Edmund Bartlett and the Jamaican Government deserved a great deal of credit. The Conference, set for 27-29 November 2017, was a joint undertaking between the United Nations World Tourism Organization, the World Bank, the Inter-American Development Bank, and the Government of Jamaica. It was expected to attract some 800 tourism sector participants from around the world, including some heads of government and tourism sector corporate leaders. The agenda was developed to mark the importance of 2017 as the “International Year of Sustainable Tourism for Development.” 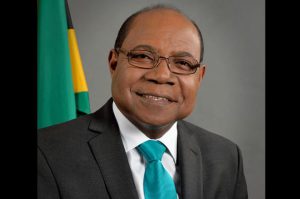 Understandably, there was heavy concentration on various areas of tourism development. Having a chance to peruse the agenda, I would have been remiss if I failed to point out a major omission that related to threats to tourism security and resilience. The agenda failed to adequately recognize the commonly accepted principle that development takes place in an environment that is safe and secure – where uncertainty is reduced by putting in place an appropriate security platform to reduce risks and create a safe environment for development. The security-development nexus applied directly to sustainable tourism development.

At the “Sixth Ordinary Meeting of the CARICOM Legal Affairs Committee”, Kingstown, St. Vincent and the Grenadines, 14-15 November 2002, I warned the Attorneys General of CARICOM member states of the devastating effect an act of terrorism on the tourism sector in any Caribbean country would have on the entire region’s tourism sector. I referred to reports out of Bali, Indonesia of the tourists having vanished from that popular exotic island following the bombing of a night cub there a month earlier which killed over 150 Australian tourists. I confirmed this when I visited Bali 17-18 December 2002 to speak at a “Conference on Combating Money Laundering and Terrorist Financing” where I found all of the hotels, beaches, restaurants, and shopping arcades totally deserted. Bali’s tourism sector remained severely impacted over a year later and only began to return to normalcy slowly thereafter.  The question, therefore, is whether Caribbean tourism can survive and recover from a similar terrorist attack in any Caribbean country; whether the Caribbean tourism sector was sufficiently resilient to withstand and recover from a similar occurrence.

Despite urging CARICOM Attorney’s General in 2002 to enact appropriate anti-terrorism laws and anti-terrorism capacities, it took more than ten years for some Caribbean countries to respond, and many are still lagging behind international standards in anti-terrorism capacity building. I must therefore suggest that any conference on sustainable tourism, especially taking place in the Caribbean, should take into consideration the risks to the tourism sector of a possible terrorist act which is not a remote possibility. Travel and tourism are considered soft targets for terrorists to exploit and every effort must be made to thwart these nefarious acts. If we fail to acknowledge these possibilities by simply ignoring them, we are doing a major disservice to the tourist sector. The economic repercussions for Caribbean countries will be severe.

To simply argue that the Caribbean region is far removed from terrorist hot spots around the world is a failure to understand the terrorist phenomenon. With the dismembering of core ISIS in Iraq and Syria there will be increased threats of terrorist acts in areas that have so far escaped untouched. ISIS sympathizers will seek targets wherever they can be found. The Caribbean cannot be viewed as safe in the future because it may appear to be safe now. In a previous article on The Ward Post I warned about future threats posed by returning foreign terrorist fighters (FTFs) to the region. It might be a trickle now but their numbers will grow, and they will seek to carry out their cowardly nefarious activities against easy targets in the region. Assuredly, they will seek out the most vulnerable targets. Cowards inevitably do.

The tourism sector is considered to be a soft target. It is soft because it is difficult to secure all aspects of the tourism sector and because attacks on tourists have global effect; it is high impact. No matter the security at all-inclusive properties and airport screenings, there are many unprotected areas in the tourism sector that are difficult to protect and thus remain quite vulnerable. One of the things we should understand is that terrorists while aiming to kill innocent civilians are as intent on the sensationalism and media exposure they receive from such incidents. That’s a major purpose and effect of acts of terrorism. The target may be highly symbolic but has severe collateral damage to non-targets exponentially.

The tourism sector has been targeted in many countries around the world; some by returning FTFs in Europe and elsewhere. So far Europe has already seen thousands of returning FTFs so there are already lessons learned of which the Caribbean should take notice and plan anti-terrorism measures proactively. It is important that these discussions take place, and a conference which focusses on sustainable tourism development is a good place to start.

We already know that over 100 FTFs originated in the Caribbean and at least one has returned. We also know they were radicalized and prone to violent extremism. What we don’t know is how many ISIS sympathizers were recruited but had not left the region. We also know that the British-trained Jamaican Muslim Cleric Sheikh Abdullah al-Faisal, later deported from the U.K. to Jamaica, who is now under extradition proceedings has been charged with using the internet to recruit FTFs for ISIS in the United States. We don’t know how many, if any, he has recruited or attempted to recruit in Jamaica or elsewhere in the Caribbean, or whether he has radicalized any potential violent extremists in the region. These issues merit discussion and disclosure so appropriate preventative measures can be put in place.

Confronting difficult issues and taking proactive measures to prevent catastrophe is prudent; to ignore them is myopic. Confronting the terrorist threat is difficult for most governments in the Caribbean, but they ignore it at their peril.