Rescinding DACA is Immoral: We are all in this together!

(08 Sept. 2017) — When President Donald Trump turned back the clock by rescinding DACA it was perhaps the most immoral act of his presidency to date. If it wasn’t for a fact the majority of Americans are in favor of DACA, America, a country that prides itself in leading the world in setting moral standards, would be at the back of the line. In saying this, I acknowledge there are many countries around the world where moral leadership is an alien concept.  That is not the America we know; and it is certainly not characteristic of the majority of Americans. America cannot promote adherence to human rights abroad when American leadership at the highest level uses human rights as political football. In a recent article in TWP, I referenced the human rights debate in the UN Security Council led by U.S. ambassador Nikki Haley, and the position she espoused on behalf of the United States. In light of the action taken by President Trump to rescind DACA, her words ring hollow.

It now behooves the majority of Americans who hold strong positions on moral authority and empathy to the disadvantage to take charge of this process and ensure their Congressional representatives enact the DREAM Act, thus regularizing the status of the DREAMers. As Rep. Ruben Kihuen (D-NV) said on the floor of the House of Representatives, exhorting his colleagues to act immediately to protect the DREAMers, “Unless you are a native American we all come from somewhere else.” He told his colleagues that “It’s not right to come here and then close the door behind us.” None of us should! 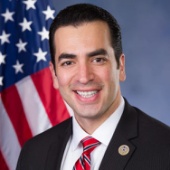 Rep. Kihuen, who along with his parents came to America as undocumented immigrants, noted that his father worked as a farm work laborer and his mother as a housekeeper and that they brought him here when he was only eight years old.  He told his colleagues he is the first DREAMer to serve in the House of Representatives. His story of coming to America is the story of the DREAMers and are, in some way, the story of tens of millions of immigrants and descendants of immigrants.

Taking away DACA status from some 800,000 DREAMers is immoral.  Passing legislation to give them a path to U.S. citizenship is the moral thing to do. Under the circumstances it’s the only right thing to do. Supporters of the DREAM Act in Congress say the votes are there to pass the legislation if the Republican leaders in the Senate and the House bring up the Bill for a vote. Anyone in support of the DREAMers must act now and keep the pressure on Sen. Mitch McConnell, Speaker Paul Ryan, and their Congressional representatives to pass the Dream Act. They must keep the pressure on President Trump to reverse course, as he has intimidated he might. The entire immigrant community – all generations must become proactive in support of the DREAMers.  Professing support for the DREAMers and expressing outrage on social media in response to President Trump’s rescinding DACA will not force passage of legislation to protect them.

Denying the DREAMERS is not an isolated attack on the immigrant community.  It is yet another in a series of anti-immigrant policies emanating from Trump’s administration.  There were the two attempted bans on immigrants and non-immigrants from certain Moslem countries; the ban, and then the significant reduction of hapless refugees – women and children – being allowed to enter the United States; introduction of the Bill in Congress to impose a 2% remittances tax on immigrants’ support of family members in Latin America and Caribbean countries, the purpose of which is to provide a funding stream for Trump’s Wall, itself an anti-immigrant objective; removing protected status from more than 60,000 Haitians – returning Haitians to a country that is struggling to recover from a series of natural disasters; introduction in Congress of the Raise Act to cut legal immigration by half and to restrict sponsorship of certain family members.

Countries that have had to deal with receiving deportees since enactment of the draconian Antiterrorism and Effective Death Penalty Act (1996) (AEDPA) and the Illegal Immigration Reform and Immigration Responsibility Act (1996) (IIRAIRA) know how difficult it is to absorb deportees who have lived in the United States since their early childhood, strangers to the countries to which they are deported, into their societies.  They understand well the social and economic impact on their countries.

The immigrant community is also very aware, or they should be, that there was not much of an outcry or resistance to these pieces of legislation until it was too late.  There was no understanding in 1996 of the impact these new laws would have dividing and decimating American families until primary breadwinners – fathers and mothers – were deported and young children were placed in foster homes.  As bad as these laws were, they applied retroactively. The impact on families are being played out today in the streets of cities, towns, and neighborhoods across America.

Where does it end?  Who among the immigrant community will be the next target?  The immigrant community cannot wait for the “What’s next, or who’s next?” We must head it off now!  Rescinding DACA should be a catalyst for organized action to protect immigrants from the haters; and keeping America great.