(21 November 2017) — Congresswoman Yvette D. Clarke (D-NY) is leading a bi-partisan effort in the U.S. Congress to extend Temporary Protected Status (TPS) to Haitians, Central Americans and other TPS eligible nationals of Asia, Africa and the Middle East and to provide them with a path to permanent residency. Following on the expectation that TPS to Haitians would end January 2018 when the six month extension given to Haitian TPS beneficiaries in July 2017 would expire, Rep. Clarke, Rep. Ileana Ros-Lehtinen (R-FL) and Rep. Pramila Jayapal (D-WA) introduced legislation in the U.S. Congress, Bill H.R.4384, on November 14, 2017 to protect TPS beneficiaries from Haiti, a number of Central American countries and other regions.  The Bill also has the support of a number of her Democratic colleagues and Mia Love (R-UT) who signed on as co-sponsors.  The Bill has been referred to the House Committee on the Judiciary on which Rep. John Conyers, Jr. (D-MI), also a co-sponsor of H.R.4384, is the Ranking Member. 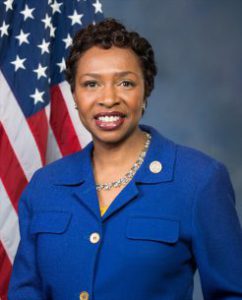 In May 2017, then-Secretary of the Department of Homeland Security (DHS) signaled the end to TPS for the almost 60,000 Haitian beneficiaries. Subsequently, a six-month extension was granted by DHS in July 2017 to January 2018 which meant Haitians under TPS would be required to leave the U.S. voluntarily or be deported. Congresswoman Clarke’s Bill goes beyond extension of TPS to Haitians and Central American TPS beneficiaries.

H.R.4384 provides several benefits which if approved by the Congress would provide extended TPS for six years renewable periods and for adjustment to permanent residency by TPS beneficiaries who qualify. The short title of Rep. Clarke’s Bill an “Act to Sustain the Protection of Immigrant Residents Earned Trough TPS Act 2017” or the “ASPIRE TPS Act of 2017” amends the Immigration Act to provide significantly improved benefits for TPS beneficiaries. It will allow beneficiaries to be granted work permits, they would be able to travel outside of the U.S. and return, and they would qualify for certain government benefits not allowed now under their current status. The likelihood of passage of this Bill in a Republican-controlled was slim. No support was expected from the anti-immigrant Trump administration. 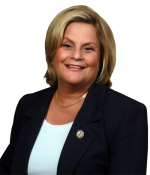 When then-Secretary Kelly (Department of Homeland Secretary) announced an end to TPS for Haitians, he suggested that the conditions in Haiti which began with the January 2010 earthquake that killed over 300,000 people and displaced hundreds of thousands more have been ameliorated.  According to Kelly, without giving consideration to subsequent hurricane disasters that have further damaged Haiti, and the cholera epidemic that killed over 9,000 Haitians, the country was now capable of absorbing the almost 60,000 of its citizens on TPS. This assessment has completely missed the mark and has failed to take into consideration the many residual challenges Haiti continued to face from these disasters, and the vulnerability of its economy from the effect of a possible influx of so many displaced Haitians. Kelly’s assessment belies the true facts.

According to the World Bank, “Haiti is extremely vulnerable to natural disasters with more than 90 percent of the population at risk.” The World Bank noted that Hurricane Matthew devastated Haiti’s south coast on October 4, 2016 causing damages equivalent to 32% of the country’s GDP. Furthermore, a third of hospitals were affected and more than 500 schools were destroyed. Also, according to the World Bank, “…the losses in agriculture, fishing and livestock had a long-term impact on the livelihood of the affected communities.” 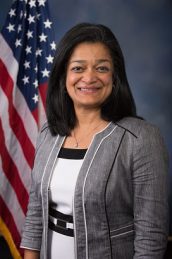 In addition, the World Bank ranks Haiti as the poorest country in the Americas and one of the poorest in the world, with more than six million, out of a population of 10.4 million (59%) living under the poverty line of US$2.41 per day, and over 2.5 million (24%), living under the extreme national poverty line of US$1.23 per day. It would be interesting to learn on what data then-Secretary Kelly and the Trump administration based their assessments of Haiti’s ability to absorb nearly 60,000 TPS beneficiaries.

It seems there may be some second thoughts in the Trump administration with regards to immediately ending TPS for Haitians.  Perhaps someone in the Trump administration is looking at the real data.  On November 20, Acting DHS Secretary Elaine Duke announced a decision to terminate TPS for Haiti effective July 22, 2019.  While this is an improvement over what then-Secretary Kelly was suggesting, and thus provides an 18 month period and a little bit more time for Haitian TPS beneficiaries to get their affairs in order to leave the United States, the only long-term solution for the Haitians will be passage of Rep. Clarke’s Bill. The entire Caribbean and humanitarian community in the United States must speak with a unified voice against termination of Haitian TPS and get behind support of Congresswoman Clarke’s Bill.

In response to Acting DHS Secretary Duke’s announcement, Rep. Eliot L. Engel (D-NY) Ranking Member on the House Committee on Foreign Affairs, having recently visited Haiti, on November 20, 2017, said, “The Trump Administration’s decision to end Temporary Protected Status (TPS) for Haitians living in the United States is cruel and inhumane.” He also said, “Haiti is simply not in a position to take back the 59,000 Haitians living in the United States.”  Rep. Engel concluded that “…President Trump has chosen cruelty over kindness in terminating TPS for so many hardworking Haitian families.” This characterization of Trump’s immigration was right on point.

At the time of introduction of H.R.4384, Rep. Ros-Lehtinen said she was “…proud to be joining my colleagues Yvette and Pramila to allow these members of our society to maintain their legal status and give them the certainty to plan for their future.” Rep. Pramila said, “When it come to the rights and lives of immigrants, we cannot be silent.” In a Tweet on November 21, 2017, Rep. Clarke said, “I am truly outraged by 45’s decision to end #TPS. When did moral decency and compassion for others become a partisan issue?” I couldn’t agree more.