(12 February 2022) — If Russian president Vladimir Putin is bluffing, it’s the height of crassness, recklessness, and gross stupidity. He is pushing the international community to the brink of armed conflict beyond the territory of Ukraine. Invading Ukraine, unleashing misery on the freedom loving people of that country, would rank Russia at the top of rogue states, and Putin among the most egregious actors of the last half century. Putin has eschewed international norms and international law. Putin’s threat to the people of Ukraine and his destabilizing actions in Europe must be met with international condemnation and opprobrium, and if he carries out an invasion of Ukraine, he must be held accountable by the international community. The tools available to punish Putin, short of war, are universally applied sanctions.

As the time of this writing Putin still had the option to pull back from the brink of war and choose peace. If he does not, the United States, the United Kingdom, European Union, Canada, Japan, Spain, and other countries, such as India, South Korea, Indonesia, and Thailand ranked among the world’s top 25 economies will impose or enforce economic measures that will devastate Russia’s economy. The US economy alone is 10 times that of Russia. Blocking trade with Russia and preventing Russian entities access to international financial services and trade will be devastating to Russia’s economy. Putin should be under no illusion as to whether the U.S., UK, and EU sanctions will be vigorously enforced, with very few exceptions universally.

Those of us who study sanctions and have worked in the sanctions field for years often refer to sanctions as “between words and war.” That is between diplomacy, entreaties, and warnings, including the threat of military force as a last resort. A choice between peace and resort to conflict to settle disputes, and exercise of good sense over war mongering. Sanctions are intended to work as a deterrent, but they only work with leaders who have a sense of civility and morality, and those who respect sanctity of life and humanity. Only with those who respect international law and norms.

The inviolability and territorial integrity of each sovereign country are core principles guiding coexistence among nation states, big and small, the powerful nations and the weak. When these principles which guide international relations and comity among nations break down, the world stumbles into a perilous state.

Nations led by autocratic leaders are front and center at violating these core principles. Much should not be expected of them, and their egregious acts should not surprise us. If they have no regard for human rights at home, don’t expect them to respect human rights abroad. Unconstrained by checks and balances characteristic of democratic systems of government, autocrats seize upon every opportunity to create global chaos.

Where do we go from here? My guess is we begin at home and set examples for others to follow. That will give us the moral authority for global leadership and influence. We must ensure democratic ideals are protected, not only in words but in practice.

Sanctions and by whom

What are some of the sanctions that will hurt Russia, Putin, and his cronies? Also, who should impose these sanctions? Some may ask why not work through the United Nations Security Council (UNSC) which is given authority under the UN Charter and settled international law to impose measures (sanctions) to maintain international peace and security. The short answer is that Russia’s veto power in the UNSC makes that body useless. Left to the UNSC, a veto-wielding superpower such as Russia can willfully and recklessly violate international law and norms and do so with impunity. For Putin to be held accountable, democratic countries must assume responsibility to impose punishing bilateral sanctions and ensure they are universally applied and enforced.

Hence sanctions imposed by the US, UK, EU, Canada and others are the only available viable options. There is a wide range of targeted measures available in the sanctions’ toolbox. These sanctions when universally applied, implemented, and enforced can and will be effective.

These measures include assets’ freezes, financial sanctions, commodity trade sanctions, prohibition of trade in industrial technology, travel bans, and aviation bans. There are some limited measures already in place targeting Russian individuals and entities since 2014 in response to Russia’s human rights violations, and other measures were added in 2016 and 2017, primarily in response to Russia’s interference in US elections and for human rights violations. But these are primarily US bilateral sanctions with extra-territorial reach. Invading Ukraine will result in a significant expansion of measures imposed and enforced by the US and other democratic countries around the world. Except for China, North Korea, Iran, and a few other autocratic countries these new sanctions will be almost universally imposed and enforced.

Sanctions and their impact

If Putin’s advisers have not warned him of the repercussions of the sanctions threatened against Russia if he invades Ukraine, then I will offer some enlightenment, a short brief on the sanctions and the effect they will have on Russia.

In addition, Russian sovereign assets, and assets of certain targeted members of Putin’s inner circle held abroad are likely to be frozen. Humanitarian exceptions may apply. Russian oligarchs must be saying to Putin invasion of Ukraine will prevent them from sailing the $100m yacht except in the Black Sea and the Sea of Azov. Not discounting the billions of dollars, they will lose in their corrupt international business enterprises.

Sanctions such as travel bans will target members of Putin’s inner circle, government officials, and top military officers and their families. Again, humanitarian exceptions will apply. With many Russian oligarchs and underworld figures now holding passports of other countries including Caribbean countries which offer citizenship for investment programs (CIPs), I expect the US, the UK, Canada, and the EU will take a closer look at those CIPs in the Caribbean

Aviation bans could cripple Russia’s commercial airlines. Sanctions targeted at specific Russian airlines will prohibit landing and flyover rights except in emergency and humanitarian situations. Russia’s commercial airline industry will be crippled. American, British, and EU registered commercial airlines will be prohibited from providing services to Russia. There will be no tourists in the streets and hotels in Moscow. Large and small businesses will be affected and employees in the hospitality industry will feel the pain. The growth of Russian tourist visits to the Caribbean in recent years, the covid hiatus notwithstanding, will grind to a halt. 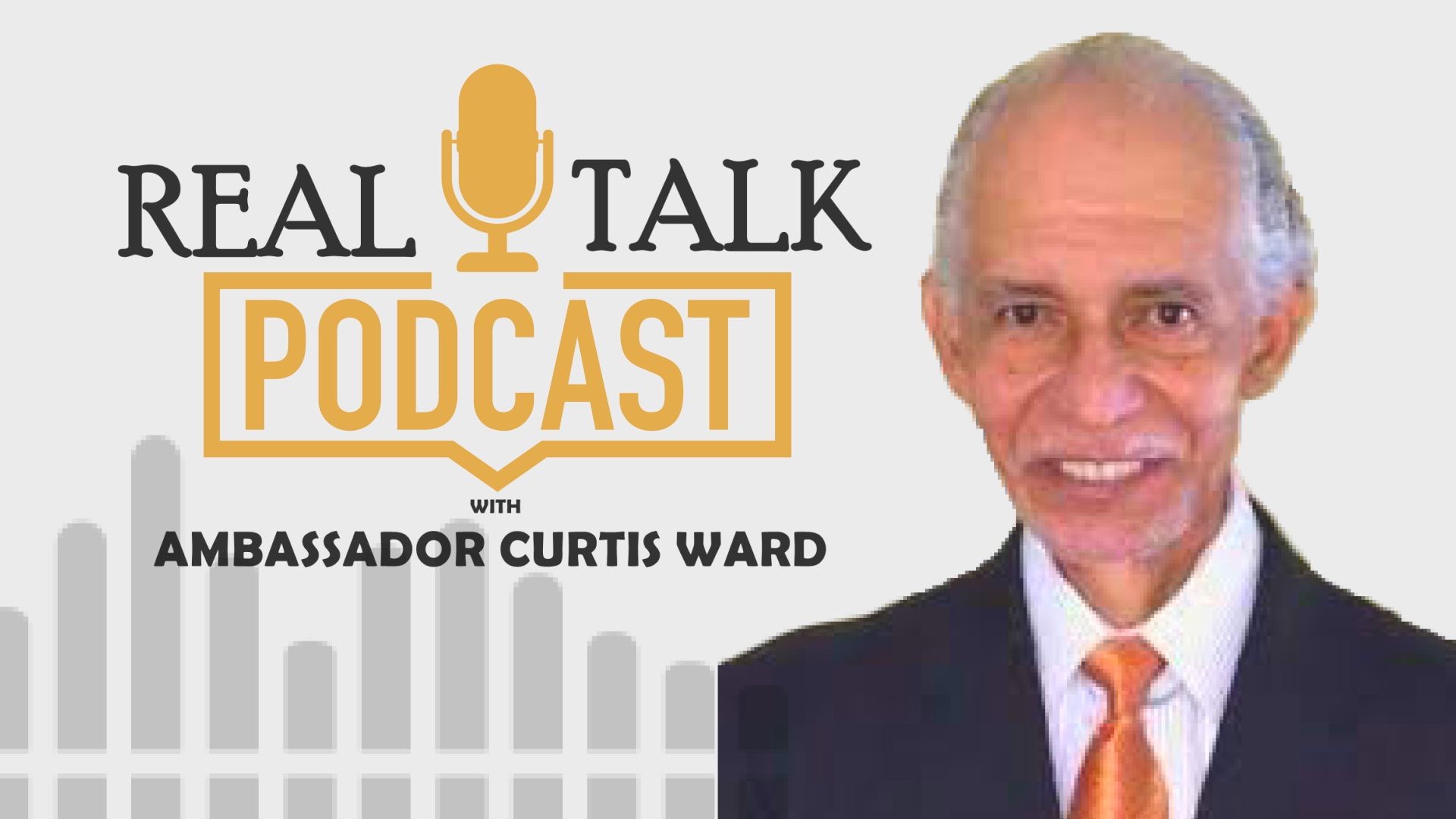 With sanctions targeting the oil and gas industry which makes up approximately 60% of Russia’s GDP, the effect on the Russian economy will be incalculable. Global oil prices already sky high and already climbing on threat of war and anticipation of Russian oil and gas being cut off from global supplies, sanctions will compound global oil supplies tenfold.

There may be a positive for Caribbean and Latin American oil producers with the capacity to pump more crude oil, and Venezuelan oil may again become attractive and welcome in Western markets. What an irony that is. As crude as it may sound, the Venezuelan people may be the beneficiaries of Ukrainians’ pain. But our hurt when we visit the gas pump, will be infinitesimal to the hurt of the Ukrainian people.

Caribbean countries who are hosts to Russian investment, such as in the bauxite and alumina industry in Jamaica and Guyana can expect some significant dislocations in the way they conduct business with Russia.

The effect of Putin’s reckless gamble will have global implications. The Caribbean will not be spared. My message is clear.

Mr. Putin, any victory over Ukraine will be a Pyrrhic victory. There will be no winners, only losers. And you, Mr. Putin, will be the biggest loser.