(04 April 2021) — Every country has important foundational myths. These myths, apart from providing a congealing narrative of the origins of that particular society, usually set the broad parameters of social conduct as well as determine the centrifugal forces of community cohesion.

Successful foundational myths, however, require constant updating to respond to changing times and altered social circumstances. Moreover, every foundational narrative must appeal to the great majority of the population. This unavoidable continuity is inculcated not only by the institutions created for formal education but also in the changing social mores of the community.

Political leaders and other elites are also very important in propagating cohesive foundational myths. Not only do they reflect the values of society, they ought to practice them as well. In this way elites sometimes set those standards for observing what may or may not be acceptable among the wider community.

That is the ideal.

But as the example of the United States illustrates, foundational myths can also contribute to social and political disintegration. This is obvious today. Indeed, this was  especially clear during the administration of Donald Trump, a manifestly uncouth, arrogant, and uneducated president who lacked any sense of history, or social propriety. His complete disregard of social graces exacerbated political divisions and contributed significantly to the social chaos evident today.

The social challenges to social unity in the USA long preceded the Trump administration.

Indeed, the words of the eighteenth century Jamaican planter and British parliamentarian resonates with the same force today that they did in 1794. As the French and Haitian Revolutions raged on the continent and in the Caribbean, Edwards lamented insightfully to his fellow parliamentarians:

The times in which we live will constitute an awful period in the history of the world, for a spirit of subversion has gone forth that sets at naught the wisdom of our ancestors and the lessons of experience.

Unfortunately for Edwards not all of his audience shared the same ancestors or the same lessons of experience, or even had a common experience. In other words, not everyone in the British Empire at that time shared the same foundational myths.

Moreover,  empires do not provide good examples of political and social cohesion.

So a common response to the revolutionary times of the late eighteenth and early nineteenth centuries should not have been expected from the contemporary global audience of Bryan Edwards. And that was definitely not the case.  Even in those countries undergoing revolution, the participants had quite different expectations for the future that they were trying to build together. Nor could they find a common language to articulate precisely their hopes and fears.

As with any foundational myth, there is quite a bit of substantiating veracity in all of these original assumptions. But time and circumstances have not been kind to the successful perpetuation of the myth. With each passing day they seem to get weaker.

The myth of America as a revolutionary society

Let us examine the first myth: America as a revolutionary society.

It is generally accepted that when the British North American colonies declared their independence in 1776 they created a unique political revolution. Few, however, pause to define exactly what constitutes a political revolution. A revolution cannot be the simple change of administrative personnel. In that case, it would be difficult to differentiate between a genuine revolution and a simply coup d’etat.

So, in order to examine revolutions comparatively, it is necessary to define a revolution meaningfully.

If one defines a revolution as a fundamental change in the social basis of political power, then it becomes much easier to examine the degree to which major political changes in any society conform to that definition.

It should also be easier to distinguish between different types of political change.

In 1783 the British North Americans achieved their military success against their overseas European metropolis and began to set up a new form of local government. That seemed revolutionary in those days. And to some degree it was.

After all, no colony had before broken away successfully from its mother country. Moreover, no new state had been set up as an explicit contract between the governors and the governed. This secular contractual agreement legitimized the relation between the political leaders and the wider society. The establishment of the United States of America thereby legitimized the right to create new states. That constituted a revolution in the art of state formation.

Yet, there was no basic or fundamental shift in the social basis of political power in the newly formed United States of America.

Unlike the later French and Haitian Revolutions, the American revolution failed to be broadly inclusive. The elites remained basically the same. Access to political power was not expanded. Local economic power remained in the hands that controlled it before the revolution— basically a small wealthy group of landowners and merchants. The new political institutions were designed to control access to the political elites. The popular declaration that “all men are created equal” was narrowly restricted to white males of property – and some of that property involved the physical bodies of other males and females. Women and minorities of all sorts were sharply excluded from political participation. 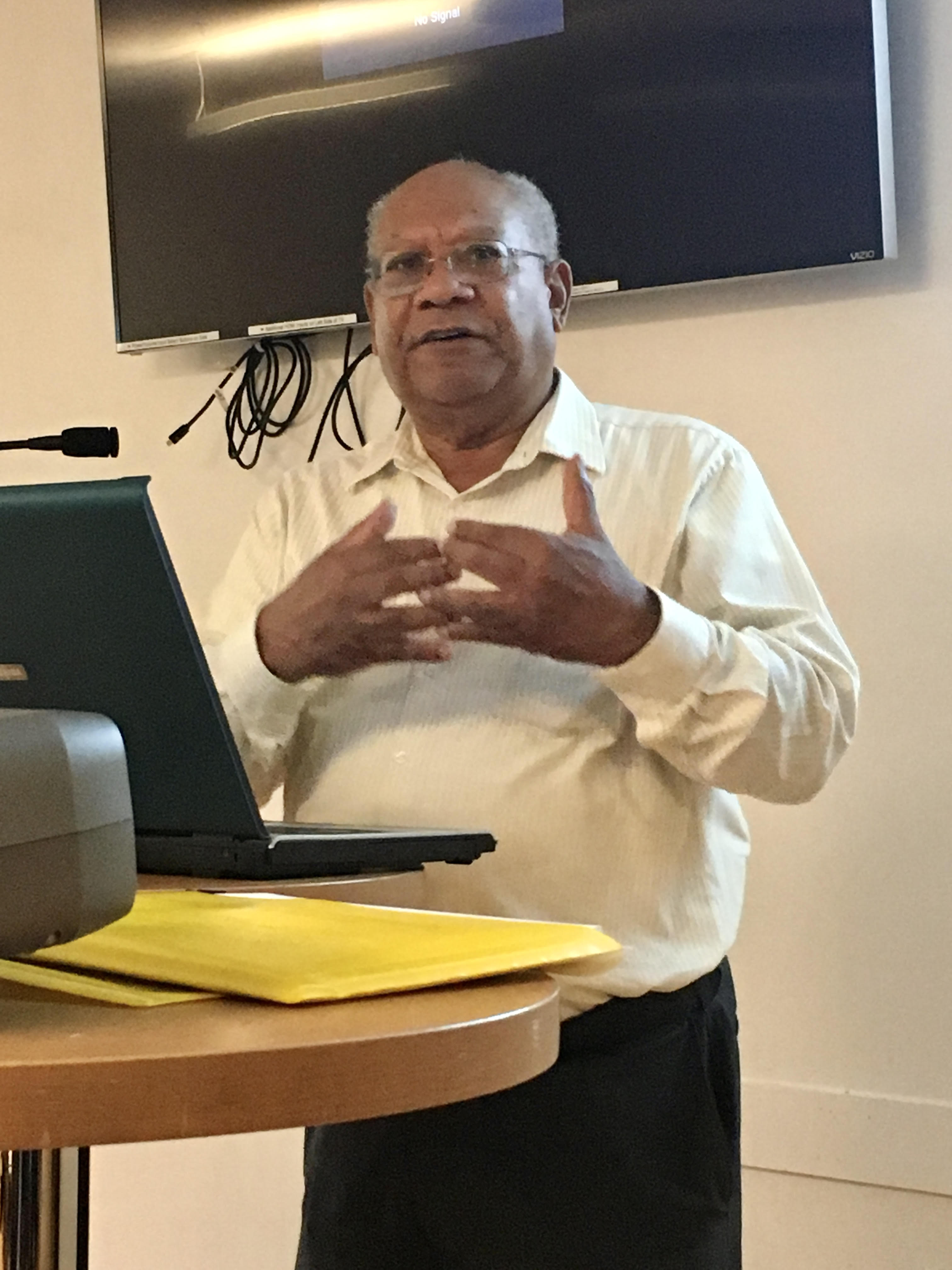 Both the declaration of independence in 1776 and the constitution of the United States provide the continuing basis for the pernicious idea of white male privilege.  The declaration declares that “all men are created equal, that they are endowed by their Creator with unalienable rights, that among these are Life, Liberty, and the pursuit of Happiness.” The constitution “sought a more perfect Union, establish justice, insure domestic Tranquility, provide for the common defense, promote the general Welfare, and secure the Blessings of Liberty to ourselves and our Posterity…” From its very inception as an independent state, then, the political leaders of the United States of America have demonstrated an ambivalent attitude toward the laudable ideals established by the founding documents.

Both society and politics were structured to maintain white privilege.

The idea of America as a revolutionary society must be understood therefore in the narrow sense of  its role in legitimizing the creation of independent states. That is the precedent that found strong appeal down through the ages.

The myth of American exceptionalism

The myth of American exceptionalism does not, of course, go as far back as the founding of the new state.

Rather, it might have started with the observation of the wise French tourist,  Alexis de Tocqueville (1805-1859) in the 1830s. In his Democracy in America (1835, 1840), he stated that the United States was an exceptional society. While the statement has not been uncontested down through the ages, it seemed to gain formidable strength during the twentieth century, especially after the delivery of an academic paper by Frederick Jackson Turner (1861-1932) at the American Historical Association in 1893. Entitled, “The Significance of the Frontier in American History.” Turner became an academic superstar after that, continuing to serve at the University of Wisconsin-Madison until 1910 and later at Harvard University until 1924. He produced a large number of students who effectively popularized his “frontier thesis” as well as the general theory of an American exceptionalism.

Many of the supporters of the American frontier thesis seemed to think that the response to their western frontier was a uniquely American experience. It was not. Interesting as it might have been, there was nothing peculiar or exceptional about the western frontier experience in the United States.

From time immemorial geographical frontiers have always constituted an influential dimension on all expansive societies. The manifestations of rugged individualism, overt disrespect for established conventions of law and order, spontaneous violence and political parochialism are neither unique to the American West or to American society. Instead they reflect the differences between the center and the periphery of any community.

American historians of the frontier and of the West tended to think and write as if only white males and extensive geography were important factors in understanding the expansion to the Pacific. By doing so they exhibited an inexcusable neglect of the indigenous populations, women and minority groups. Moreover, the conquest of the West was not accomplished only by white men.

[Franklin W. Knight, PhD., is currently Leonard and Helen R Stulman Professor Emeritus and Academy Professor at the Johns Hopkins University, Baltimore where he taught for 43 years. Born  in Jamaica,  he attended Calabar High School, the University of the West Indies, Mona (BA Hons., 1964), and the University of Wisconsin, Madison (MA (1965), PhD. (1969).  He has published widely on the social, cultural, economic and political dimensions of Latin America and the Caribbean as well as slave systems in a global perspective. His publications include 13 books, 108 professional articles, and 184 refereed reviews in professional journals.]