(18 November 2019) — The recent announcement by Yara Trinidad to close one of their three ammonia plants by year end is concerning. This is the fifth major industrial plant to close its doors in recent time. It is important for the public to understand why this is happening, and why the Point Lisas Model, which is so important to all of us, is under threat.

Trinidad and Tobago are internationally recognized for the Point Lisas Model. Instead of simply selling our oil and natural gas, like many other countries, our policymakers took a different path. Since the 1970s with the conceptualization of the Point Lisas Industrial Estate, we have decided to use our energy resources as an input, to make value added products for export. This has made us one of the largest exporters of methanol and ammonia in the world. It has created job opportunities for thousands of our citizens, and made our country relatively prosperous, as the tax take of value-added downstream industries is more than simply selling oil or liquified natural gas.

With this basic understanding, it is important to understand why this model is now under threat. First and foremost, we are a mature energy producer. In other words, we have found the easy oil and natural gas, and in order to keep up energy production, we now have to drill in more risky deep waters.

To help solve this problem, the Kamla Persad Bissessar Administration implemented a host of fiscal incentives to our energy producers in a bid to attract investment, and in turn increase production. This led to a host of investment decisions, inclusive of BPTT’s Juniper and Angelin projects, which we are now reaping the benefits.

Upon the assumption of the Keith Rowley Administration in 2015, the country’s financial situation had changed, and the current government thought it necessary to increase the tax burden on our energy producers. They however addressed the issue of expiring natural gas purchase agreements between the Natural Gas Company and our energy producers such as BPTT, Shell, EOG and BHP. 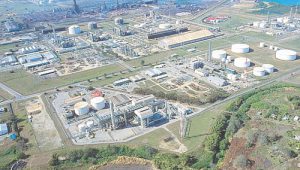 To maintain the level of investment from these players, as they now have to increasingly drill in deep waters, which is more costly, the government negotiated higher gas purchase prices to make investments in T&T attractive vis-a-vis other global locations. Currently, NGC serves as the aggregator buying gas from the upstream energy producers and selling gas to the downstream Point Lisas industrial plants.

NGC has since had to cut their profit margins and also raise natural gas prices to our ammonia and methanol plants. Combined with natural gas shortfalls, which has caused the industrial plants to run below capacity, and lower commodity prices of ammonia and methanol, we are now seeing that our model is under threat. Increasingly, these multinational companies are making business decisions to close, what they see, as non-financially viable plants.

With the above said, I want to propose to our energy policymakers that NGC needs a new business model. I think one day in the medium term, NGC may have to relinquish their role as an aggregator or keep their role, but cut their margins to near zero, to ensure the global competitiveness of the Point Lisas Industrial Estate.

Our policymakers need to consider not only the bottom line of NGC, which charges a toll to use their pipelines, but the added employment and tax benefits from the industrial plants, who rely on globally competitive natural gas prices. 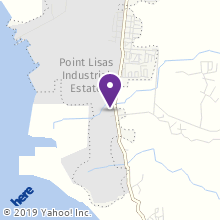 With the NGC, our most profitable state-owned enterprise, we have the opportunity to create a global company that can earn more foreign exchange for the nation and repatriate the profits back home.  We also have the ability to create employment opportunities for our nationals around the world, who are well trained and increasingly find it difficult to get jobs, in our current economic environment.

As we enter the silly season of local government elections in Trinidad, I ask the public to hold our policy makers and politicians accountable. There is no Team Red or Team Yellow when it comes to job losses and our economic lifeblood, the Point Lisas Industrial Estate. There is only Team Trinidad and Tobago, and we all have a role to play, to make this country that we love a success!