Lessons for a true democracy: the Jamaican experience

(07 September 2020) — Democracy and the rule of law are constantly under threat around the world. Many now question the efficacy and the resilience of democratic and rule of law institutions in countries long held as beacons and proponents of democracy and rule of law. In the past three to four years, democratic and rule of law institutions in the United States of America have been severely tested, and the country will face its most definitive test on 3rd November 2020. The world is watching. And, while the US engages in this struggle, small countries have been showing the way as to the true meaning and practice of democracy.

The September 3, 2020 general elections in Jamaica stand out as a shining example of how to conduct a national election with the utmost integrity. The conduct of Jamaica’s electoral process is directly linked to the independence and integrity of the electoral institution and the mechanism for the conduct of the elections. The system is beyond reproach. Proof is borne out by the fact that all contending sides believe in the process and honour the outcome. Congratulations to prime Minister Andrew Holness and the Jamaica Labour Party for its resounding victory in the general elections. Congratulations to the people of Jamaica and the leadership of the People’s National Party, in particular party leader Dr. Peter Phillips, for accepting, without hesitation, the outcome of the elections. 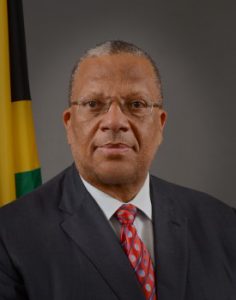 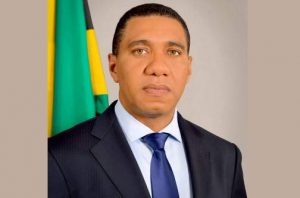 It is important to note that a free and fair electoral system can be guaranteed only when people of integrity and non-partisanship are in charge of the process; when the electors are free to vote for the candidate or political party of their choice; and when the people’s access to the polls is facilitated in the exercise of their franchise.

While we hold Jamaica up to the rest of the world as meeting and exceeding perhaps the single most important step as a democratic nation, we should be mindful that democracy  is not complete and the democratic process does not end with the casting of the ballots and the transfer of government to the victor. This is only the beginning. With the smooth transfer of power in a change in government, or confirmation of continuity in office of the incumbent, comes responsibilities which sustain the foundations of true democracy.

Democracy thrives and flourishes in an environment in which there is strict adherence to good governance and to the rule by the successful political party when it takes the reign of government. Democracy takes hold when there is equity assured across all spectrum of society; when basic human rights and basic human dignity are guaranteed to all the citizens; when the marginalized and underserved are not only provided with opportunities and equal access to education and social upliftment, but are given the requisite capacities to take advantage of such opportunities; when the government prioritizes these responsibilities and not rely on charitable NGOs to fill the void; when lifting people out of poverty is a priority for the government; and when human security takes precedence over political expediency.

The size of a government’s parliamentary majority should not give rise to temptation to govern with imperial hubris or an autocratic style of leadership and governance. The larger the margins of victory, the greater the responsibility to serve the people.

The Jamaica electoral system, the machinery and the conduct of the electoral process is the envy of most countries, and is an example for all CARICOM states, the entire Caribbean, Latin America, and the Americas, generally. Although it is not yet perfect, no electoral process anywhere is perfect. Importantly, Jamaica’s electoral machinery is not politicized or controlled by any political party. And, even though, in an election cycle a few years ago, the electoral machinery appeared to have experienced a short period of partisanship – its reform trajectory prevailed.

But it wasn’t always like this. For several election cycles, Jamaica as a nascent democratic nation experienced an imperfect electoral system which at times led to the questioning of the results. Yet transition from one elected government to the next within the legal time frame has always taken place without hesitation. There was a period when political violence threatened Jamaica’s electoral process; most severe in Jamaica’s short history leading up to the 1980 elections. There was a period when interference in Jamaica’s electoral process from outside, including promoting and facilitating violence in the election process, posed significant challenges. However, Jamaica prevailed, and the current electoral system provides assurance to the Jamaican people that it can be relied on. 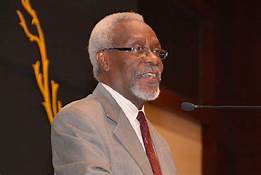 The entire country, tired of the many challenges to Jamaica’s electoral process, supported the electoral reforms carried out by prime minister P.J. Patterson’s government which began in the 1990s and advanced during his three terms in office. The opposition party, the private sector, civil society, and the people welcomed the reforms as the way forward to ensuring Jamaica’s democracy. However, reform is a continuing process. There are other reforms yet to be introduced and perfected, including imposing greater controls over the influence of financial contributions to political campaigns; prohibiting abuse of the use of money to influence votes and holding to account those who fail to adhere to normative behavior; ending facilitation of political tribalism; and designating a fixed date for the holding of general elections in Jamaica will go a far way in removing any uncertain in the electoral process. It provides a level playing field for the opposition party which may lag behind in preparation not knowing when the prime minister will determine when the election will be held. These few reform measures I have identified as next step, but I am sure there are others that need equal attention.

I reiterate, Jamaica’s electoral system is not perfect and vigilance in promoting and protecting democracy and rule of law must remain atop the agenda. Democratic freedoms are significantly enhanced by a free press – a major pillar of democratic freedoms; and the right to peaceful assembly and protest must be protected within the framework of the rule of law. For a small country with limited resources, Jamaica can be proud of the example it provides to the rest of the world in guaranteeing these freedoms.