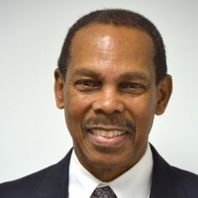 Leadership at the UN: Grasping Opportunities to enhance Profile and Influence 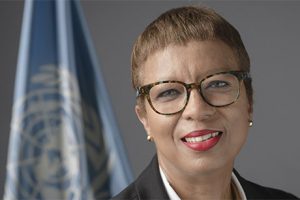 At the same time,  Guyana succeeds Palestine as  Chair of the Group of Group of 77 (G-77).  A formal handover on January 15, is  significant. G-77 is the largest intergovernmental organization of developing countries in the United Nations. It  provides the means for advancing South-South Cooperation and for the countries of the South to articulate and promote their collective economic interests and enhance their joint negotiating capacity on all major international economic issues within the United Nations system.

This is not the first time that Caribbean countries have held prestigious positions in the UN system. In 1993, H. E. Mr. Samuel R. Insanally, Permanent Representative of Guyana to the United Nations, had the distinction of being the first CARICOM  representative to be elected to the Presidency of the General Assembly. At the 58th General Assembly, in 2003, Ambassador Julian Hunte of St Lucia assumed the Presidency. Previous CARCOM non-permanent members of the Security Council include Guyana (1976 and 1983 ); Jamaica (1979 and 2000); and Trinidad and Tobago (1986).   In the case of Chairs of G-77 the record shows: Jamaica 1977 and 2005; Guyana 1999 and Antigua and Barbuda 2008 .

What is at Stake

At the start of the  new Decade of 2020, the international arena is consumed by mandates to achieve the  comprehensive targets of the 17 Sustainable Development Goals. Within this framework for action, the most prominent for both the Security Council and the G77 are  peace and security, climate change, equality and inclusiveness and financing for development. In recent years, the Security Council has found the Syrian conflict particularly difficult to manage, with Russia using its veto powers to bloc resolutions aimed at making the Assad regime accountable for atrocities documented by UN sources. St.Vincent and the Grenadines (SVG) will no doubt be involved in the debates on (a)  institutional change resulting from the outsized power of veto wielding member states; (b) the issue of aspirants to permanent status including Brazil, Germany and India; (c) the peace keeping mandates including the scope, cost and abuses of peacekeepers; and (d) the case of protection of civilians and migrants, especially grave violations against children in conflict situations. It is reasonable to assume that the Caribbean interests in the Security Council will,  in addition, revolve around achieving the goals of the Paris agreement on Climate Change; the priorities of the Alliance of Small Island States(AOSIS), upholding international humanitarian law, UN reform, the Convention on land degradation and comprehensive agreement on biodiversity and deforestation.

Within the G-77, Guyana as Chair may have greater leverage than SVG as a non-permanent member of the Security council. This has more to do with the structure  of the G-77 and the more flexible scope of its programme than with the competence of the diplomats involved. The First Ministerial meeting of the G-77 held in Algeria in October 1967, and the adoption of the Charter of Algiers, the Group of 77  laid down the institutional mechanisms and structures that have contributed to shaping the international development agenda and changing the landscape of the global South for the past five decades. Over the years, the Group has gained an increasing role in the determination and conduct of international relations through global negotiations on major North-South and development issues. Today, the G-77 remains the only viable and operational mechanism in multilateral economic diplomacy within the U.N system. The growing membership to 135 members is proof of its enduring strength. Based on a public opinion survey  by the Pew Research Center among G-77 Leaders 2018-2019, the emerging priorities include global financial stability, global economic stability, climate change, energy and the environment, technological innovation and cybersecurity, trade and investment and women empowerment. In addition, the sectoral meetings of G-77 in areas such as food and agriculture, energy, trade and finance, science and technology, industrialization and sustainable development, allows for increased participation by and in a variety of member states.

On the basis of  lessons learned, success arising from leadership  positions for the Caribbean depends on a number of factors.  Among them: the international environment, whether stable or volatile; cooperation among developed and developing country partners; technical and negotiating capability required to broker  patterns of conflict and conflict management; financial sustainability to support administration and diplomacy and the backing of CARICOM Member states.

There are other success factors that must be considered  to enhance the roles of SVG and Guyana in the leadership structures of the UN.  Among them are adherence to a coordinated regional foreign policy, one of the pillars of CARICOM; recognition that  the purpose of foreign policy is to utilize sovereignty to engage in multilateral/bilateral arrangements; sustaining and  promoting the Caribbean as a zone of peace; standing firm on the AOSIS agenda for Climate action and building coalitions of the willing.

As St Vincent and the Grenadines  and Guyana embark on their respective journeys, it  seems timely to refer Caribbean political leaders, diplomats, technicians, students  and all citizens to the seminal works of Dr. Richard Bernal,  The Influence of Small States on Superpowers and Hon. Camillo Gonsalves Globalized Climatized, Stigmatized. These two books inspire new thinking about small states exceptionalism:  excelling in the international arena and the dynamics  of the global reach of Caribbean leadership.

(Editor’s Note: The 10 Non-permanent members are elected to serve two year terms on the UN Security Council. Guyana and Jamaica have each served two terms (each served  a total of 4 years); Trinidad and Tobago has served one term (2 years). There are five Permanent  members (aka P-5): China, France, Russian Federation, United Kingdom, and United States.)