(20 December 2022) — Washington is a very busy place, and I could have chosen any combination of issues on which to provide brief perspectives for this episode of The Washington Report. I selected two issues on the busy Washington calendar which have major future implications for America and for hundreds of millions of people around the world. The two issues selected are the report of the Select Committee to Investigate the January 6 Attack on the United States Capitol (January 6 Committee); and the US-Africa Leaders Summit (Summit) with 49 African leaders and their delegations invited by President Joe Biden descending on Washington.

Democracy, peace and security, trade and development, food security, climate change, and global health, were among the issues on the agenda.

The conclusions and report of the most anticipated investigation since Watergate dominated discussions, analyses, and commentaries in Washington. Hundreds of millions of people around the world have been waiting to learn if the January 6 Committee found irrefutable evidence of the commission of criminal act or acts by the former president. Did Donald Trump commit any crime or crimes in the planning and execution of the January 6, 2021, insurrection? Would the January 6 Committee make a criminal referral of Donald Trump and his close advisers to the Justice Department? The answers, as everyone by now knows, are yes on all counts.

We had discerned on the cusp of the release of the January 6 Committee report, from the tidbits provided by members of the Committee, that the Committee would not disappoint. Whether prosecution of Trump and his ignominious political exit will happen sooner rather than later are questions left for the Justice Department. Prosecution and conviction are now quite plausible. Many, including many Republicans, are hoping for the exit door to hit Trump where the sun doesn’t shine.

The Justice Department which has been investigating Trump’s role in the January 6 insurrection, whether he was the central player in a conspiracy to overthrow the will of the majority of American voters and keep him in the presidency, will now have access to the evidence painstakingly gathered by the January 6 Committee. Chances of Trump being criminally indicted along with a coterie of co-conspirators now seem imminent. 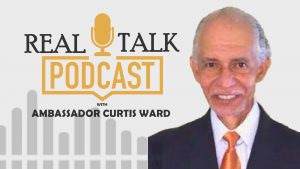 Listen to this episode on my Podcast – [Link]

Will Trump finally be held accountable for his egregious acts? It is now more probable than not.

Many, including this analyst wait for the next shoe to drop – an indictment of Trump for his role in planning and execution of the January 6 attempted insurrection and/or his mishandling of sensitive national security documents at Mar-a-Lago. Whichever comes first will have similar effect and prove no one is above the law. Possible charges from the January 6 events could include Conspiracy to defraud the U.S. Government, Obstruction of an official proceeding of the Congress, and Inciting an insurrection.

The triumph of the rule of law over Trump’s lawlessness is highly anticipated.

But it doesn’t stop there. Autocrats, wannabe autocrats, authoritarian leaders, abusers of the democratic process and their supporters in countries around the world, and particularly in Latin America and the Caribbean, should take heed. Justice, rule of law, and accountability are coming your way.

US-Africa Leaders Summit is a paradigm shift for future U.S.–Africa engagement. Who could forget Donald Trump’s toxic and unhinged verbiage in 2018 about Haiti and the countries of Africa when he called them “shit hole” countries. Trump’s xenophobic policies reflected his long-held opposition to immigrants of color, and he specifically targeted immigrants from Haiti and Africa as unwelcome in his race-based anti-immigration policy. At the same time, Trump expressly welcomed white immigrants from northern Europe.

Former President Barack Obama’s 2014 first ever US-Africa Leaders Summit held high hopes for the dawning of a mutually beneficial engagement between the United States and the countries of the African continent. Obama’s summit had set the stage for a new relationship of mutual interests in future US-Africa engagement.

The new relationship and the level of engagement which President Obama launched in 2014 had, by Trump’s deliberate policy towards the continent and the people of Africa atrophied during the four years of his presidency. Trump’s disdain for the people of Africa and other people of color was profoundly manifested in his ignorance and neglect of sub-Sahara Africa. 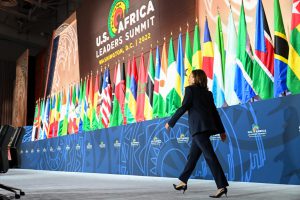 Trump’s unilateral recognition of Morocco’s sovereignty over Western Sahara in 2020 which is vehemently opposed by the African Union and most African countries was but one of Trump’s nocuous policies towards Africa during his presidency. Not only was this an affront to Africa, but Trump’s action also was in violation of UN Security Council resolutions, international law, and the UN Charter. In 2002, the Under-Secretary for Legal Affairs, the UN’s Chief Legal Officer, in a short brief responding to questions I crafted in a letter sent to him by Jamaica during our presidency of the Security Council in November 2001, confirmed that Morocco was never granted administrative authority over the territory of Western Sahara. Trump’s decision reversed decades of U.S. policy and endorsed Morocco’s illegal grab of the territory. 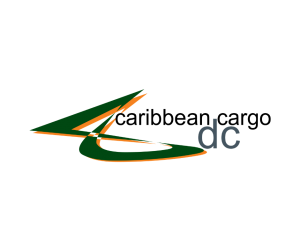 Fast forward to 2022, some eight years after the Obama US-Africa Leaders Summit, President Joe Biden convened his own Summit in the U.S. capital from December 13-15, 2022. Forty-nine African leaders were invited. Five countries, four led by military coup leaders and Eritrea with which the U.S. does not have diplomatic relations, were excluded.

The outcome of Biden’s Summit will transform future US-Africa relations and engagement to unprecedented new levels. The African continent will reap tremendous benefits as the Biden administration demonstrates that the U.S. is back in the game. The US government under Biden, consistent with the Biden-Harris National Security Strategy, will not yield this geopolitical space to China.

Importantly, US engagement with Africa is not merely to have access and control over the continent’s vast natural resources but to invest in the people of Africa. Biden pledged $60 billion for investment in health, food security, climate resilience, energy security, digital capacity, and democracy and good governance in Africa. There is a great deal to unpack in these programs.

The promotion of democracy and good governance in Africa, the lack of which has been a major factor in Africa’s lag in development, is a significant commitment by President Biden and his administration. Right out of the gate, the US President pledged $163 million to focus on 2023 elections in Africa to ensure they are free and fair.

Perhaps, a geopolitical coup for Biden is the pledge he gave to support the African Union’s membership in the exclusive G-20. That’s a game changer that will put Africa at the table where global economic decisions are made. This is a win for Africa and a paradigm shift in how Africa is engaged by the U.S., and globally on economic issues in the future. 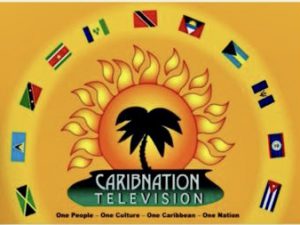 We have a space for ad  – for info email me at attycward@gmail.com)