(19 Nov. 2016) — It is ironic the Prime Minister of Jamaica attended the COP22 conference in Morocco (November 2016) making a speech claiming a place for Jamaica among global leadership on action to prevent climate change and to ameliorate the conditions which cause global warming.  At the same time, the government of Jamaica, of which he is the head, is on board with Chinese investors on course to do untold damage to Jamaica’s pristine but vulnerable environment. These two things just don’t square with each other and at best could be seen as hypocrisy if not blatantly disingenuous.

Ambassador Ralph Thomas sounded the alarm in his exposé of the dangers posed by the proposed coal-fired
power generation plant to be built at the Alpart plant site, in Nain, St. Elizabeth, Jamaica, as part of Chinese company Jiuquan’s proposed investment in Jamaica’s bauxite/alumina industry. (See Ambassador Thomas’ “Jamaicans face a matter of life and death–not economic opportunity” available 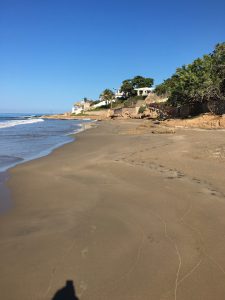 in The Ward Post. Please read if you haven’t already done so.)

I can’t imagine any Jamaican at home or abroad not rooting for Jamaica’s prosperity.  The proposed investment has the potential to provide employment to hundreds of Jamaicans, many in the above average paying jobs, and providing significant foreign exchange earnings for the country.  Undoubtedly, it would be a tremendous boost to the struggling Jamaican economy, and certainly to the region of St. Elizabeth whose economy suffered significantly by the closing of the Alpart plant a few years ago by the then Russian ownership. 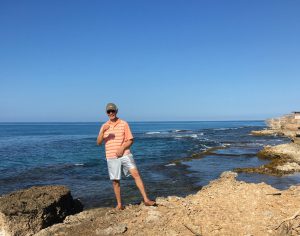 thing we can, or should all agree on is that development and employment should not come at the expense of the destruction of the environment. The damage that would occur is not mere speculation.  There is overwhelming proof of the dangers of coal-fired power generation everywhere this source of energy is utilized.  China, more than anywhere else in the world, is testament to this fact.  Moreover, we know that alternate sources of energy, other than fossil fuels can be economically utilized while protecting the environment.  China is a leading developer of alternate energy so why not make the technology available; unless, of course, Jamaica comes cheaply and is for sale to the highest bidder.

I wish to make it abundantly clear, protecting Jamaica’s environment from the perils of coal-fired power generation is not just political expediency it is a human security imperative.  There can be no compromise on this issue.  The health of Jamaica’s population, and in particular the people of the parish of St. Elizabeth and Manchester, the towns of Junction, Santa Cruz, and Black River, and every nook and cranny of the parish are at risk. 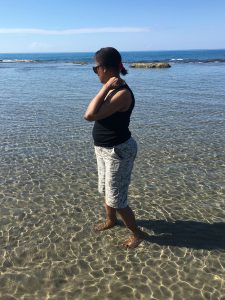 Other distant towns in Jamaica would not be immune – as the wind blows so does the pollution.  South Coast tourism which receives lots of talk but very little action in terms of infrastructure development by government will be decimated as air quality declines over time. The gains from the Chinese investment would be short-lived but destruction of people’s health would be eternal.

For a country with such poor healthcare services and access to quality healthcare so unattainable, it borders on criminality for any government to promote investment that will exacerbate the health security of the population.  I can surmise that the vast majority of the people who greatly anticipate the promised employment opportunities by the reopening and expansion of the Alpart plant are not fully aware, per
haps deliberately kept in the dark, of the dangers to them and their children, as well as to future generations of Jamaicans.

In addition to human health, pollution from a coal-powered plant will devastate livestock, reduce rainfall and degrade the fertile quality of the soil thus making it infinitely more difficult for farmers to continue to provide food for themselves and their families, and St. Elizabeth would lose its long-held reputation as the breadbasket parish of Jamaica. Some may actually dismiss these warnings as alarmist.  Therefore, I plead for the voices of those who understand and respect the importance of protecting the environment to be heard.  Let your voices be heard loud and clear. Tell the people about the dangers. 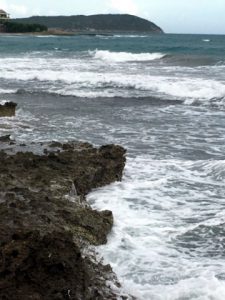 This brings me to the environmental threat posed by coal-powered generation at Nain to the little corner of paradise where I call home – Treasure Beach. So much has been said about the Treasure Beach area of St. Elizabeth; about its current attraction forvisitors from all over Jamaica and from around the world.  The main attractions of Treasure Beach, and I hear this from people who have been there as visitors, is that they love the place because of the way it is; the freshness of the air flowing inland from  the area’s unpolluted waters of the Caribbean Sea; the low density development of the area; the friendliness of the people; a perfect get-a-way from the hustle and bustle of the rest of the world; the still unspoiled environment which if not properly protected could fall prey to greed and unfettered avarice. Yes, visitors complain about the access roads, but yet they come. 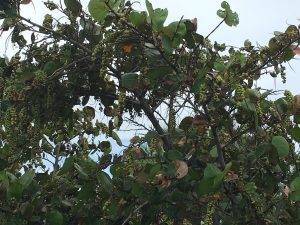 Despite un-kept promises from politicians to develop the basic infrastructure, there is hardly any perceivable commitment by the government to do so.  Grand plans have been announced by the Ministry of Tourism for the area, but grand plans are not what the South Coast needs.  What is needed is for the government to fix the roads and ensure uninterrupted water supply; and regular garbage collection.  The people of the area will do the rest.  They have been doing it since the first hotel was built when my father was a teenager in the 1930s.  They have done it without grand plans by government.

Of course, all of this will be for naught if Jiuquan’s plans for Alpart are not changed significantly. I have been waiting to hear from those who have set themselves up as leaders in Treasure Beach to eschew political allegiance and put the interest of the people first.  If political representatives of St. Elizabeth are not on board in protecting the interests of the people, withdraw your support. Opposition to the environmental degradation on the scale envisioned and inevitably ensuing from the proposed plans for the development of Alpart must be absolute and uncompromising.

I am hoping my contribution to this discussion as provided in this medium will serve as a clarion call to the people of Treasure Beach and the rest of the South Coast, from Alligator Pond to Whitehouse, Bluefields, and beyond, to raise their voices and organize against the proposed coal-fired plant at Alpart. The future of the region depends on the people’s resolve to ensure the government of Jamaica follows the right course and not gamble on people’s lives.  Human security matters.  Jamaican lives, Jamaican way of life matters.

[All photos were taken at or near Clabash Bay, Treasure Beach, St. Elizabeth, Jamaica]