(07 Aug. 2017) — The questions asked most frequently in Jamaican diaspora circles have continued to challenge successive Jamaican government efforts since 2004 to engage with the Jamaican diaspora effectively.  Still unanswered are: Where are the mechanisms for effective engagement? Is there an effective consultative partnership between the Government and the Diaspora?

The Jamaica 55 Diaspora 2017 Conference held in Kingston, Jamaica, July 23-26, moved closer to answering these questions, but we are not there yet!

The Conference, organized around the theme, “Partnering for Growth” focused on Jamaica’s economic growth agenda, including as its main goals and objectives to: 1) deliver a program that would “facilitate the sharing of information and constructive dialogue around national imperatives”; 2) “develop strategic actions for partnering with and optimizing the Jamaican Diaspora’s human and financial capital”; 3) “highlight initiatives for growing and sustaining the contributions of the Diaspora to Jamaica’s growth agenda”; 4) “facilitate dialogue between young people in Jamaica and those in the Diaspora”; and 5) “ensure the Conference outcomes are specific, actionable and implementable.”

Convened by the Ministry of Foreign Affairs & Foreign Trade (MFA&FT), under the leadership of FA&FT Minister 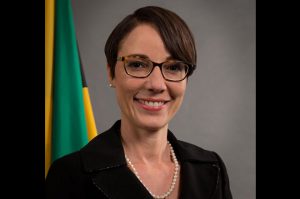 Senator the Hon. Kamina Johnson-Smith, the 2017 Conference attracted the largest gathering of the Jamaican Diaspora ever.  Between 1200 and 1400, mostly from the U.S., Canada, and the U.K, but included Jamaicans from all corners of the globe, and included a number of local participants who attended the Conference.  The anticipation and expectations were exceedingly high.

The organizers should be commended for organizing a highly informational conference and for an impressive display of public-private partnership in engaging with the Diaspora. Under the chairmanship of the Hon. Earl Jarrett, Chief Executive Officer of The Jamaica National Group, the well-organized Conference advanced most of the objectives set for the Conference, but much work remained to fulfill the ultimate objective of effective Diaspora partnership and engagement. The stage has been set. I detected a rise in the level of optimism among Conference attendees; and there was the perception of seriousness in the approach of the Conference organizers evidenced in part by the increased role the private sector is assuming in this endeavor.  The Conference chairman had about four months to organize this Conference and must be commended for the results achieved. 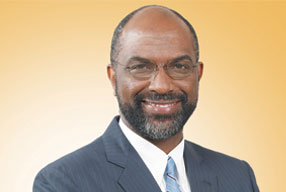 However, as I stated above, there is much work still to be done. I would be remiss if I failed to draw attention to some of the deficiencies. For example, the program was overly intense with information and with not enough time for Diaspora response and discussion. While efforts were made from the floor to offer critiques and suggestions these were not as comprehensive as they might have been had there been prior broad consultations with the Diaspora on the objectives of the Conference, and had there been advanced dissemination of more details and information on expected Conference outcomes. Diaspora expertise and input could have been marshalled more effectively by the Ministry.

As I alluded to above, there was valuable information provided at the Conference by Government and private sector presenters, as well as the few Diaspora panel participants. I also found the Market Place with over 30 exhibitors to be quite valuable in providing information on the range of products and services offered to the Diaspora.

We have been cognizant for a long time of the raw data contribution of Diaspora Remittances to Jamaica’s GDP, in particular the more than US $2 billion annually over the past ten years contributing 15%-16% of GDP.  The Caribbean Policy Research Institute (CaPRI) conducted a study of the economic value of the Jamaican Diaspora and concluded that, due to the economic spinoffs of Remittances, the Diaspora currently contributes 24% of Jamaica’s GDP and has the potential to contribute up to 35% if appropriate mechanisms are put in place to facilitate Diaspora investment. Releasing this study at the Conference highlighted the current deficiencies in diaspora engagement, and must now serve as impetus, and create greater urgency in the Government and the private sector, to create mechanisms to take advantage of Diaspora financial potential to Jamaica.

One such recommendation for harnessing the financial resources of the Diaspora is the proposed Diaspora Bond which, as announced, would be launched by early 2018.  The Diaspora Bond project has been on the drawing board for several years, and many in the Diaspora have expressed frustration with lack of progress on this or any other vehicle for investing in Jamaica. Also promoted heavily during the Conference is the success of the Jamaica Stock Exchange, including the Junior Stock Exchange.

Similarly, while the potential value of the Diaspora expertise and intelligentsia to Jamaica’s development were acknowledged by both the Government and the private sector, there was no clear indication of an effective mechanism to tap into the exceptional abundance of human resources available in the Diaspora. This is an issue that has drawn the Diaspora’s ire and broad skepticism that the Government has treated this with the seriousness it deserves. Maybe this time will be different.

Going forward the MFA&FT should not expect that the Diaspora Advisory Board (DAB), which I support, is the only answer to the consultation requirements with the Diaspora.  There are Jamaican organizations across the U.S., Canada, and the U.K. with on-the-ground community outreach that is not within the remit or structure of the DAB.  The existing network of the National Association of Jamaican And Supportive Organizations (NAJASO), an umbrella group of several organizations now in existence for the past 40 years in the United States, comes to mind.  Also, there are numerous other organizations not affiliated with NAJASO that operate in communities, towns and cities with direct outreach to members of the Diaspora that the DAB is not equipped to reach effectively.  Fact is Diaspora organizations and Diaspora leaders have databases not accessible to the DAB or to Jamaican Government agencies.

Some readers may be of the view that the DAB has access to social media and other internet communication tools, and that should be an asset.  While true, I caution that considering the demographics of the Jamaican Diaspora, an internet-based approach will not reach most of the members of the Diaspora and may be perceived as elitist by some.  The most effective way to reach the vast majority of the Jamaican Diaspora remains through established organizations and active Diaspora leaders active in their respective communities.