(31 Oct. 2016) — For too long, the Jamaican public has been experiencing what is referred to repeatedly as “a spike in crime.”  To regard the constant levels of high crime rate in Jamaica as “spikes” is nothing short of perpetuating a fallacy.  Crime is constant and will trend upwards if preventative measures are ineffective.  The resilience of the Jamaican people is perpetually under stress.

Despite numerous diagnoses of severe social conditions and endemic lack of capacity in the law enforcement and justice systems as drivers of this malady, responsible authorities have been treating these problems like a simple headache that can be treated with a prophylactic pain reliever. Thus the common treatment regime, administered periodically, has been to shift manpower into areas of high crime “spikes” with the expectation of stopping the criminals and eliminating the underlying causes.

In employing this short term “fix”, law enforcement personnel appear to demonstrate so-called “superior” fire power presumably intended to scare the criminal elements into ending their lives of crime, or have their lives ended by members of the security forces.  So far, this has not worked, and we know this crime fighting method will never work. Hence, we are left with an undeniable truth: Successive governments have failed the Jamaican people and the rise in crime has become a daily occurrence.  Old prescriptions won’t cure mutating diseases.

Dealing with the crime situation in Jamaica has been very challenging; a challenge which doesn’t seem any closer to a solution.  Ending high levels of criminal activities in Jamaica and elsewhere in the Caribbean will require application of resources across several disciplines and employing available resources and expertise from within Jamaica and from Diaspora communities to address crime fighting techniques and the underlying causes of crime. These efforts must include private sector and civil society organizations, including the church.  These efforts must include significant enhancements of external bilateral and multilateral partnerships to build law enforcement, prosecutorial, and judicial capacity, including sharing of intelligence and mutual assistance in criminal investigations and prosecutions. None of these prescriptions are new or exhaustive; they are just not being applied with any level of consistency or efficiency.

Furthermore, there will be no solution to the crime until the political directorate – Government and Opposition – agree on certain fundamental principles grounded in total commitment, political will, and cooperation to end the crime scourge on the Jamaican people.  True non-partisanship, not mere lip service, in dealing with crime is a fundamental requirement.  Desired collaboration must go beyond oral or written commitments and must include measurable actions by all sides.  Crime and security must not be treated as political issues; all sides must be credited with successes, and all sides must take the blame for failures.  However, this approach challenges the maturity of our political system and governance, and whether all players are prepared to accept full and equal responsibility for protecting the Jamaican people.

In order to deal effectively with the crime issues plaguing Jamaica, we must accept certain fundamental truths about the causes and responses to crime.  What we must not do is to use these truths as excuses for failures.  We must recognize the presence of various organized criminal enterprises, including the multi-million dollar scamming networks, as not new phenomena in the Jamaica context.

Most of these criminal enterprises have been around for a very long time – illicit drug trafficking, illicit arms trade, human trafficking, corruption, and money laundering.  These criminal activities are the driving forces behind the continuing violence being perpetrated on the country.  Too often, some of these activities have been ignored by our political leaders and law enforcement communities until they reach epidemic levels. Should we not ascribe such nonfeasance to lack of vision, incompetence, or expedience?

Yet another deficiency is the government’s incapacity to protect Jamaica’s maritime borders from guns and drugs which enter the country without hindrance and which, in the case of illegal drugs, transit or leave our shores for North America and Europe. There is very little protection of Jamaican territory from serving as a haven for transnational criminal enterprises, including the scamming of unsuspecting (mostly) elderly individuals in the United States.  Issues of corruption of public officials arise whenever transnational criminal activities seem to go unchecked.  We cannot deny these truths; we must act to change this paradigm and remove these blemishes from our country. 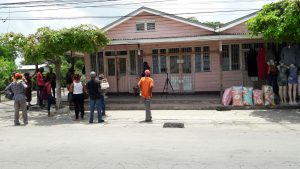 It is clear that old thinking and old solutions do not seem to work.  Criminals adapt and evolve even as law enforcement strategies change. Simply put, the capacity of law enforcement and the judiciary, including prosecutorial responsibilities have not kept pace with the demands.  The expectation of being caught, prosecuted, and punished when taken together are a fundamental aspect of deterrence to crime.  This article will highlight just one example which is at the heart of bringing perpetrators of crime to justice and doing so in a timely and effective manner. A photograph, taken earlier this year, of a “so-called” protected crime scene (a murder scene) in Westmoreland speaks volumes to anyone familiar with proper crime scene protection that would make a criminal defense attorney salivate.

How often do we hear of criminal trials unable to proceed and are postponed repeatedly due to no-show or unavailability of witnesses?  How often do alleged perpetrators of crime escape from the justice system because of lack of adequate case preparations?  How often must prosecutors be granted postponements because their case files are not ready?  While members of the defense bar no doubt are frustrated by delays, their clients are often beneficiaries of sloppy investigations, inadequate prosecution file preparations, and unavailability of witnesses.

This then raises the question as to whether prosecutions rely too heavily on eyewitness testimony rather than modern scientific investigation and evidence gathering techniques to support prosecution and conviction.  Deficiencies in, and lack of investigatory and prosecutorial techniques and capacities are at the heart of the problem.  There seems to be barriers, whether in law or practice, for collaboration between investigators and prosecutors at the earliest possible stages of an investigation and at the genesis of building a case worthy of prosecution. Do laws need to be changed? 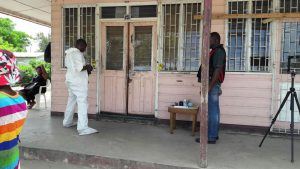 Clearly there is need for more efficient and modern investigative techniques which should begin at the point of securing crime scenes from contamination; proper collection and securing of evidence to include forensic evidence; enhanced witness interviews and witness protection; and competent file preparation for the Office of the Director of Public Prosecutions.  Concomitantly, presentation of cases in court and the judicial oversight must take into account evolving standards of courtroom advocacy, technological innovations, and judicial competences.  This will help to ensure due process to the defendant but also provide reasonable accommodations to the prosecution and judges within legal bounds.

Greater commitment and efforts by the Government of Jamaica in working with international partners, such as the United States, Canada, and the United Kingdom, as well as competent international bodies, to provide targeted training and other capacity building measures for law enforcement, prosecutors, and members of the judiciary is a starting point.  Engagement of Jamaican diaspora expertise is complementary to this undertaking. What are we waiting for?

[The photos in this article of an unsecured crime (murder) scene in Westmoreland, Jamaica were taken in August 2016.]

Ambassador Curtis A. Ward, B.A., J.D., LL.M., is an attorney and international consultant, and Adjunct Professor in the Homeland Security Graduate Program at the University of the District of Columbia. As former Ambassador of Jamaica to the United Nations he served two years on the U.N. Security Council. He was Expert Adviser to the UN Counter-Terrorism Committee for three years.