Is the T&T Government violating international laws and norms?

(03 December 2020) — I have been following closely the discussions surrounding the treatment of Venezuelan refugee-migrants by the government of Trinidad and Tobago led by Prime Minister Dr. Keith Rowley. There is justifiable concerns about actions that are uncharacteristic of Caribbean democracies and civilized societies around the world. Prime Minister Rowley, though justified, must be aware that levelling blame at the governments of the United States, in particular the Donald Trump administration, and the Nicolás Maduro-led Venezuelan government for the migrant-refugee problem, and citing the immigration laws of Trinidad and Tobago under which action is taken, cannot justify the inhumane treatment of these hapless Venezuelans. The actions, solely of the T&T government, against the Venezuelans amount to violations of international humanitarian law, human rights law, and international refugee law. 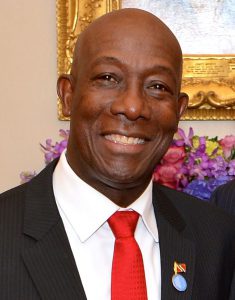 As a bit of background, I want to be fair to the prime minister and his government. As a neighboring country to Venezuela, Trinidad and Tobago has been a country of refuge for thousands of Venezuelans fleeing political instability, denial of basic human rights, severe economic hardships, persecution, and other threats to their personal security in large part due to the regime of Nicolás Maduro. According to data gleaned from the UN High Commissioner for Refugee (UNHCR) and the International Organization for Migration (IOM), of the over four million refugees and displaced Venezuelans, as many as 40,000 Venezuelans have sought refuge in Trinidad and Tobago. Less than 20,000 are registered as refugees. No other Caribbean country faces this dilemma.

The Trinidad and Tobago government with limited resources, especially in dealing with the difficult coronavirus pandemic and concomitant economic pressures, has reached a point where the country cannot sustain a steady flow of refugees from Venezuela. The government cannot sustain refugee camps similar to those refugee camps which are bursting at the seams in Columbia, Peru and elsewhere in Latin America. Columbia’s alignment with the Trump administration’s policy to remove Maduro from power is well documented and that government bears a great deal of responsibility to host the refugees. The Trump administration provides Columbia with tens of millions of dollars in support. For the most part, the T&T government has been neutral on the situation in Venezuela and has maintained relationships with the Maduro government.

Reasons I find the actions of the Trinidad and Tobago government wrong and unjustifiable. Upon landing on T&T’s shores, some 25 Venezuelan migrants-refugees – overwhelmingly women and very young children, as young as two months old – were inhumanely locked in jail cells for several hours before being put onboard two pirogues (canoes) and escorted by the T&T coast guard out of the country’s jurisdiction and set adrift in international waters. These actions in and of themselves – from the jailing to setting them adrift – were unworthy of a civilized country and its government. Worse, this action, removing the migrants-refugees from T&T’s jurisdiction, took place to avoid a court hearing scheduled that day to consider the legal rights of the migrants-refugees. These actions were uncharacteristic of Trinidad and Tobago and of any country which adheres to the rue of law.

The migrants-refugees, after some three days at sea, were able to return to T&T shores. The end could have been far worse had this dangerous journey of these hapless migrants, including women and 16 children, could have had a catastrophic ending. Had the worse occurred, the actions of the T&T government would have bordered on commission of a crime against humanity and perhaps subjected responsible individuals acting under state authority to the jurisdiction of the International Criminal Court.

In a futile attempt to justify the government’s actions, the prime minister in characterizing  what was clearly a “migrant smuggling” operation as “human trafficking” conflated two distinct egregious sets of actions.  An article I wrote some four years ago in The Ward Post defined the differences between the two internationally prohibited acts. In an attempt to justify his government’s actions, the prime minister classified the Venezuelans as “economic refugees” and blamed “human traffickers” for their plight. The prime minister knew that regardless of within which category he chose to place them, or determining their classification and what appropriate action should be taken against them, can under no circumstance justify the governments clear violation of international norms and laws. Lack of basic due process and absence of a process to determine whether the Venezuelans qualified for refugee status cannot be justified.

The prime minister should be aware the credibility and moral standing of his government and the country have been subjected to international opprobrium. Only he has the power to set it right. For starters, the prime minister should admit to his government’s mistake, that agents of the state acted erroneously, and the actions were contrary to acceptable standards of behavior. The prime minster and his minister of national security should use this terrible mistake, this low moment in T&T’s history, as an opportunity to put in place appropriate measures and a mechanism to ensure this behavior is never repeated.

The prime minister may be hesitant to do the right thing, for, according to reports I have seen,  many in the public support the government’s actions. In the age of populism this is not surprising. The rise in populism and xenophobia during this pandemic sways government actions to appease popular sentiments and behavior. However, the prime minster, recently given a five year mandate in the recent elections, has the political space to act contrary to popular opinion without fear of political backlash threatening his administration.

Even in times of economic hardship and fear for one’s health due to the coronavirus pandemic  there are certain standards below which, as Caribbean people, we should not sink. Women and children thrown into jail for several hours, not given a hearing or otherwise processed to determine their claim to asylum or refugee status before being loaded into pirogues and escorted and set adrift in international waters, is one of those levels to which we should not descend.

The people of Trinidad and Tobago and the government they choose to lead them are better than this.