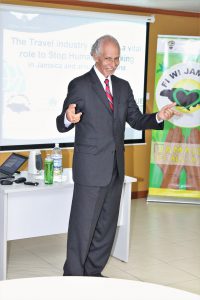 “The Trafficking in Persons (TIP) Report is the U.S. Government’s principal diplomatic tool to engage foreign governments on human trafficking. It is also the world’s most comprehensive resource of governmental anti-human trafficking efforts and reflects the U.S. Government’s commitment to global leadership on this key human rights and law enforcement issue. It represents an updated, global look at the nature and scope of trafficking in persons and the broad range of government actions to confront and eliminate it.”

The TIP Report is closely watched by countries all over the world.  Very few countries are happy with the characterization of their efforts, or lack of efforts, to prevent human trafficking.  No civilized country wishes to be associated with doing little or nothing to prevent human trafficking, but many unwittingly due to lack of capacity, and in some cases lack of appreciation for the extent and nature of this international crime are not doing enough.  The TIP Report acts as a catalyst and guidepost for the actions they should take.

Caribbean countries are particularly sensitive to the annual TIP Report; and seven of them are rated very poorly in their efforts against human trafficking.  Like most countries they are challenged by the complexity of human trafficking and they lack the appropriate law enforcement and justice capacities to deal with this phenomenon. 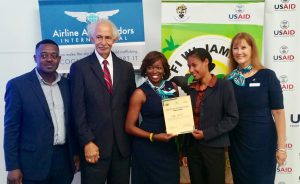 The international community recognizes human trafficking as an international crime. In 2003, the Protocol to Prevent, Suppress and Punish Trafficking in Persons, Especially Women and Children, supplementing the United Nations Convention against Transnational Organized Crime (TIP Protocol) entered into force. All Caribbean states are Parties to the TIP Protocol, but not all have in place the appropriate laws and law enforcement capacities to effectively make appreciable progress in preventing human trafficking in their jurisdictions.

Human trafficking is now viewed as the fastest growing transnational crime with the number of victims worldwide estimated conservatively at more than 2.7 million individuals annually.  It affects every region of the world and generates tens of billions of dollars in profits for criminals each year.  Sexual exploitation is by far the most commonly reported form of human trafficking, now estimated at 79% of the total number of victims, followed by forced labor, estimated at some 18% of the victims.  (Information on the global extent of human trafficking is available on the UNODC website.) 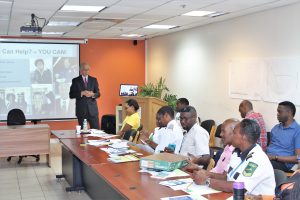 Human Trafficking is often confused with Human Smuggling, but while they are distinctively different activities, smuggled individuals sometimes end up being trafficked. Human trafficking is often defined as a crime against humanity which involves the acquisition of people by improper means.  It involves the act of recruiting, transporting, transferring, harboring or receiving a person through promise, the use of force, coercion or other fraudulent means, for the ultimate purpose of exploiting that individual. The trafficked person is exploited for the benefit of the trafficker.

A clear understanding of these differences is essential for legislators and law enforcement authorities to enact laws, and to investigate and prosecute these crimes.

Human trafficking takes many forms, many of which are grossly under-reported. These include, forced or bonded labor; domestic servitude and forced marriage; sex trafficking of women and girls; child sex trafficking; organ removal and trafficking; and a number of other related criminal activities. While not all of these necessarily apply to the Caribbean, human trafficking in the region is a very serious problem for the region which cannot be swept under the rug. 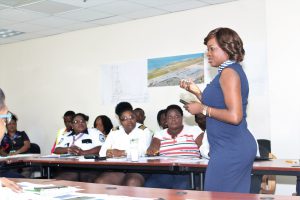 Like other transnational crimes, human trafficking activities are supported by many other illegal activities, including travel document fraud, money laundering, corruption, and multiple other related crimes.  Because of the linked and overlapping nature of these international criminal activities, one has to approach these challenges and develop solutions to them in a holistic manner.

Again, according to the U.S. Department of State,

“The U.S. Government uses the TIP Report to engage foreign governments in dialogues to advance anti-trafficking reforms and to combat trafficking and to target resources on prevention, protection and prosecution programs. Worldwide, the report is used by international organizations, foreign governments, and nongovernmental organizations alike as a tool to examine where resources are most needed.” 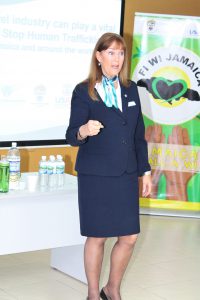 Some Caribbean Governments are making strides in combatting human trafficking but they have a long way to go.

AAI’s program was facilitated by Fi Wi Jamaica, a USAID-funded project at the University of Technology, Jamaica; and the National Task Force Against Human Trafficking in Persons (NATFATIP) Jamaica also provided support, including by adding Jamaica’s leading anti-human trafficking law enforcement officer to our team. 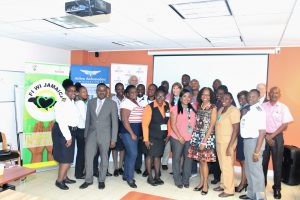 (Some of the photos used in this article provided compliments of Hugh Blair who also provided valuable  support to the Team.)