(Editor’s Note: This is Part IV of IV of a four-part series recognizing Haiti and honoring this Caribbean country’s history-changing role in the hemisphere and the world. This series is written by noted historian Dr. Franklin W. Knight for The Ward Post)

(22 June 2021) — Four inter-related factors explain the dramatic political and economic decline of Haiti during the later nineteenth century, a decline from which it never recovered.

The first arose from the local political leadership that developed after the removal of Toussaint Louverture in 1802. Until he left Saint Domingue, Toussaint proved to be a master at resolving disputes of all sorts. Whether he could have continued to do so after the independence of Haiti is anyone’s guess.

The second was the enormous economic impact of the Civil War in the United States between 1861 and 1865. The United States of America was by far the principal market for Haitian exports, responsible for more than 60 percent of all Haitian exports. When that market collapsed suddenly in 1861 it was disastrous for Haitian small producers and worse for the Haitian state. Just like the Cuban experience with the collapse of the Soviet Union in the early 1990s,  The Haitians found themselves without a substitute market, and the state, denied the vital receipts from foreign trade had no other recourse than to increase its dependence on foreign lenders.

That foreign economic dependence would be an enduring millstone around the neck of the Haitian Republic.

The third is the massive coffee harvest failures in the 1890s. And finally, there was the inherent disadvantages of peasant production in an industrializing world. Peasant production maybe adequate for the viability of the community, but as the different examples such as China, or East Africa have demonstrated, it is extremely difficult to construct aa modern society on the economic surplus of a peasant society.

Only the political factor was under the control of the Haitians. About the others they could do nothing. Those complex international circumstances were beyond their control.

Twelve years of bitter war produced a plethora of military heroes in Haiti. But war heroes do not necessarily have the skills for leadership in peacetime. The wars provided the opportunity for individuals to rise above the expectations of the occasion. Many grasped it. Leaders like Toussaint Louverture (1743-1803), Jean-Pierre Boyer (1776-1850), Jean-Jacques Dessalines (1758-1806), Henri Christophe (1767-1820), Andre Riguad (1761-1811), Alexander Pėtion (1770-1818), Jean François, and Georges Biassou (1748-1801) were products of the prolonged turbulence. The leading revolutionary women like Suzanne Sanitė Belair (died,1802) did not survive to play a major role in the turbulent peace that followed.

Before the Revolution, the majority of the military leaders were unknown individuals, modestly going about their daily tasks. The Revolution made them. Successful in war, however, they failed to adjust to the equally demanding requirements of making peace. Between 1806 and 1820 the territory was politically divided. In the North, the megalomaniac Henri Christophe created a semi-feudal authoritarian Kingdom of Haiti in 1811. It was predominantly Black and latifundist. Although economically successful under the self-designated king, conditions had changed very little from the pre-independent period – except there was no legal enslavement.  In the South Alexander Petion created the Republic of Haiti, distributing land in small parcels to would-be farmers. It was successful enough to provide crucial assistance to Simon Bolivar to continue his revolution in South America. Without that assistance, Bolivar would probably have failed.

Henri Christophe committed suicide in 1820. Petion died in bed from yellow fever in 1818. His successor, Jean-Pierre Boyer reunited both political entities (and added Spanish Santo Domingo between 1824 and 1844.) All three declared themselves to be “president for life” but none had a long life.

Their legacy to the country was endemic political instability. The various Haitian constitutions may have articulated laudable ideals of human rights and individual liberty, but no political leader understood the implications nor attempted to implement requirements that would move the state toward a more democratic position.

Political instability, however, does not, by itself, explain the persistent economic stagnation. Most Latin American and Caribbean states experienced some form of political instability throughout the nineteenth century.  And today one only has to look at the contemporary cases of modern Italy or Colombia.  In both cases persistent instability at the center does not seem to affect impressive progressive development at local levels across the state.

Nevertheless, competent political leadership in Haiti has been rare since 1804 and has certainly affected the everyday life of most Haitians.

More important than political leadership, however, was the impact of the civil war in the United States. Haitian exports were cut off for more than four years. It was too long for the peasant economy to survive to the degree where it could produce the required surplus for the necessities of state. Haiti could feed itself. But it had no surplus that could be appropriated to maintain the infrastructure and pay the onerous indemnity imposed by the French in 1825 as the price of recognizing their independence. Throughout its career the economic basis of the Haitian state has always been precarious. Besides the unjust and onerous annual reparations to France, the state never had the available resources to recuperate from the periodically devastating tropical hurricanes and occasional earthquakes that from time to time destroyed life and property across portions of the country.

To prevent the collapse of the state, Haiti continually borrowed from foreign banks, especially the National City Bank of New York. Those accumulated loans would eventually lead to the invasion and occupation by the United States between 1915 and 1934.

During their long occupation, the US directly controlled the departments of finance, public works, public health, customs, and the constabulary for more than ten years.  Indeed, the US tried unsuccessfully to control all aspects of Haitian life. The occupation itself did not end until 1934. During that time, Haiti was nothing more than a quasi-legal protectorate nakedly exploited for the benefit of American companies and individuals. The US made important infrastructural improvements across the country, but contributed very little to the advancement of human and political rights.  During the occupation, the US constructed more than 1000 miles of public roads, modernized the ports, introduced a public health service, built a telephone exchange, introduced sisal as a cash crop.

Haiti paid a very high price for the dubious benefits of the US occupation. In 1917 the US dissolved the Haitian National Assembly, imposed a new constitution that benefitted the invaders, and created the Gendarmerie d’Haiti under the command of American officers and made it the principal arbiter of Haitian politics. Later this was transferred to local leadership. (Incidentally, a similar police force established in the neighboring Dominican Republic then also under US occupation was put under the command of Rafael Trujillo.) The US also exacerbated the long-standing divisions between Blacks and non-Blacks.

The national constitution was disregarded The US revoked the prohibition on landholding by foreigners and restored large-scale sugar production that had become negligible after 1840. It also boosted the production of commercial-grade rum, and indeed, Barbancourt brand rum became the favorite beverage of Franklin D. Roosevelt who visited Haiti in his capacity as Under-Secretary of the Navy in the administration of Woodrow Wilson.

Haitians were forced to provide unpaid labor for the various public works.  Between 30,000 and 40,000 Haitians were sent to work on Mainly US owned sugar operations in Cuba and the Dominican Republic.

True to their culture, Haitians, mainly among the peasantry, manifestly opposed their subordination. Wherever they could, and however they could, they fiercely resisted the occupation.  Thousands of Haitians who revolted against the occupation were hunted and wantonly murdered without trial. Ironically, Haitian culture flourished under the US occupation. Eventually, Haiti became too expensive and inconvenient for the USA and in 1934 Roosevelt abandoned it.

Haiti today remains a poor political state but an impressive culturally self-confident nation. It has its own distinctive language, Creole, as well as a strong tradition in painting, sculpture, music, and literature. The works of Haitian writers such as Jean Price-Mars, Jacques Romain, René Depestre, Lyonel Trouillot and Edwidge Danticat are internationally well admired.

So, as we think about our Caribbean origins this month, it would be well to place some focus on the role of Haiti and how much the Western World owes to that little country on the western part of the island of Hispaniola.

For Haiti, the road was never level. But they persisted and survived. And we all should be glad that they did. 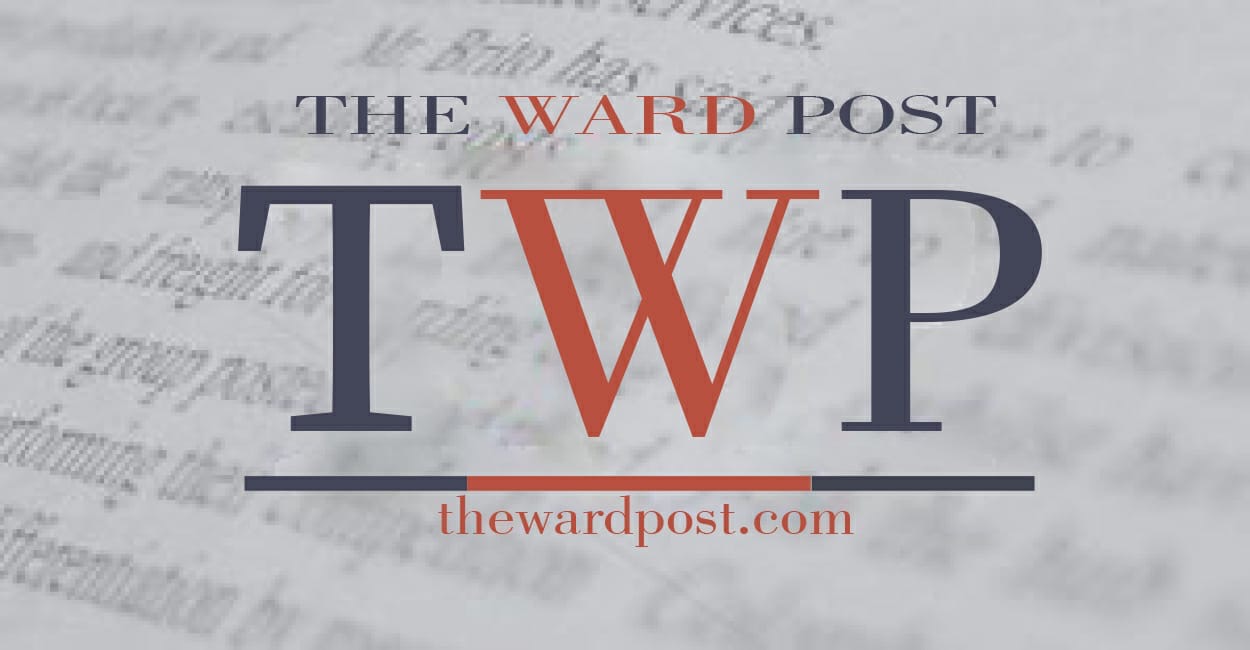