From Globalization to Populism – Part II

(19 October 2020) — While representing Jamaica at the United Nations Security Council at the turn of the Century, there was a buzz about an article in the New York Times which detailed what was characterized as excessive military spending by the Chinese government. The truth of the matter is the Chinese military expenditure, which seemed to have alarmed them, was a mere fraction of America’s military budget. On further analysis it was obvious that if the Chinese were to spend at this so-called “excessive” rate, it would take the Chinese perhaps another fifty years to catch up to where the US was in the year 2000. Only through significantly reduced US military spending over several decades would the Chinese have a chance of achieving military parity with the United States.

Seeking the Chinese perspective on military spending and other issues, I took the opportunity to ask the Chinese ambassador to the United Nations about the alarm raised in the article. The ambassador told me then that the Chinese government was under no illusion of being on par with American military strength. He said that was not his government’s intent. He shared with me that China’s intention for the increased military expenditure was to build a force for defense purposes that would serve as a deterrent to future US governments harboring any intent to attack China militarily; and, as I understood it, to deter any attempt by the United States to seek a military solution to the status of Taiwan.

Most importantly, the Chinese ambassador stressed that China’s primary focus was to develop its economy, in order to compete globally with the United States. I remind you, this conversation occurred some 20 years ago. Let’s fast forward to the present.

China now boasts the world’s second largest economy, second only to the United States. During that short period, from 2000 to the present, we have moved from a unipolar world in the immediate decade after the post-Cold War period when the US was the only dominant military and economic power, to a bi-polar world within which China’s economy is in direct competition with that of the United States, and China’s military deterrence provides a stand-off with the United States. We live in a world in which China has become the dominant economic and military force in the Asian sub-continent.

China’s emergence during this period coincided with the extraordinary growth of globalization and the interdependence and interconnectedness of the international supply chain. However, globalization isn’t only about economic growth, trade, and development.

Globalization provided new threats from, and new opportunities for transnational criminal enterprises, including international terrorism and cyber crimes networks. Money laundering and terrorist financing, drug trafficking, illicit arms trafficking, human trafficking and human smuggling are all facilitated by the ease of travel and the ease of money transfer across national borders. Globalization and the technological revolution, while allowing countries like Jamaica to promote the services  they offer on a global scale, also exposes the dependencies and vulnerabilities to service industries, in Jamaica’s case its tourism product. The effects of the 2007 to 2009 recession, and the impact of the current coronavirus pandemic, have brought the reality of globalization to every country’s doorstep. 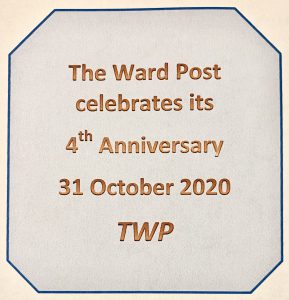 The speed of information technology development – connecting practically every corner of the globe in real time; the speed of international travel and international commerce has fueled the global reach of China’s economic power. With China’s economic footprints growing throughout this hemisphere, and countries like Jamaica deriving certain benefits from this extraordinary expansion, let me be very clear, China, as well as the US, the UK and others always prioritize their own interests over the interests of all other countries.

In the meantime, the rise in nationalism in many countries has created new dynamics in domestic and international relationships. On the domestic front, nationalism has contributed to the rise in populism. In the case of the United States, the rise in nationalism and populism in America resulted in the election of a president whose major domestic and foreign policy imperatives rest on the notion of “America First.” America’s role on the global stage has become less relationship-building and more transactional in nature.

Emerging from this “America First” shambolic policy, is intense geopolitical competition between the United States and China; fueled by US induced trade tension between the world’s two major economic powers; the incoherent antagonistic trade policies of the Trump administration towards traditional American allies, also highlights the vulnerability of small economies like Jamaica’s.  In this scenario, Jamaica and other developing and under-developed countries become economic and geopolitical pawns on the global stage with further implications for global economic realignments.

As an African proverb aptly states, “When two elephants make love the grass gets trampled, and when they fight the grass is trampled even further.” In this globalized environment, there is hardly any winning position for countries like Jamaica with small, weak economies.

Jamaica – a history of integrity and principles

In a globalized and interconnected world, Jamaica’s vulnerable economy can be easily shaken by the dynamics in major, and between, competing capitals. In the past, Jamaican political leaders have managed to walk between the rails of old and new bilateral partners, mindful of competing geopolitical interests, while maintaining the country’s reputation for integrity in its bilateral and multilateral relations.

Since independence in 1962, Jamaica has gained significant respect and has benefited from its reputation as a country of global integrity and principles; a country which was not afraid to take principled positions regionally and globally, even when Jamaica’s positions were not in sync with the super power to the north or with other traditional European partners. At the same time, small countries like Jamaica cannot afford to make enemies of any country.

However, sitting astride the fence when faced with opportunities to defend principled positions, only because they are difficult, or because it might gain the displeasure of a powerful country, has and never will serve Jamaica well in the long-term. A country’s consistency and integrity create confidence for relationships with long-term gains. A coherent and principled foreign policy is not transactional. And, in a globalized environment, with the speed at which information flows, the lack of transparency and integrity is easily discernible across the globe by all interested parties. This is the new reality with which countries like Jamaica must cope.