From Globalization to Populism – Part I

(15 October 2020) — In a recent keynote address I gave to the Institute of Chartered Accountants of Jamaica (ICAJ) business webinar, on 8 October 2020, on the topic, “From Globalization to Populism”, I discussed factors driving this change, as well as the implications of the shift taking place in several countries from a global to a nationalist perspective. In particular, I explored, briefly, the shift in Jamaica’s leading trading partners – China, the United Kingdom and the United States of America; and the impact of these changes on small, import-dependent economies like Jamaica. I have divided my speech into three parts for The Ward Post. Part I briefly explores the State of the global community, Post-Cold War dynamics, and Russia’s decline and diminished role. Part II explores issues related to the Rise of China’s economic and military power and The “America First” agenda. Part III highlights The Terrorism phenomenon and globalization, Global leadership in response to crises, and Cyberspace challenges and globalization.

Getting to where we are today was, at times, a rocky and sometimes treacherous course. At other times, it has been an exciting and extraordinary journey. Small countries like Jamaica, on occasions, existed in an ocean of uncertainty, adrift like a rudder-less ship in uncharted waters. Less developed countries were forced to paddle against the current, while being buffeted by the winds from the West and North, and winds from the East. Yet, Jamaica has made it this far, which in itself is a testament to national resilience. As any keen observer of Jamaican history will know, Jamaicans, from the early years, have survived against great odds and the people have transcended to a higher plane where struggle for survival had become a part of their DNA. The indomitable Jamaican spirit has heightened Jamaican nationalism and fervor to find ways to overcome adversities.

Today, in a globalized world with all of its complexities and contending dynamics, struggle and survival are the new norms.

Jamaica’s short journey since independence in 1962 began at the height of the Cold War when our choices were limited in a bi-polar world. In a world in which the United States of America and the former Soviet Union competed for global superiority by virtue of their military might, grounded on the nuclear threat they posed to each other, and to the international community. Often referred to as the ‘balance of power’ and ‘great-power rivalry’, there was nothing great about two countries subjecting humanity to the threat of nuclear annihilation.

That threat, though still existing today, has moderated over time, as both super powers came to realize the folly of their ways, and acceptance of the realization that world dominance is not dependent solely on military might, but also on global economic power, moral leadership, and diplomatic statecraft.

Post-Cold War dynamics
The collapse of the Soviet Union, and the end of the Cold War, set in motion new paradigms for global hegemony. The contrast between the limited economic reach of the weakened Russian-led former Soviet states, and the superior economic power of the American-led Western democracies left us with what was essentially a unipolar world. Adaptation and embrace by nascent democracies of liberal democratic forms of governance and economies changed global alignment of states, thus reshaping global geopolitical dynamics. Western-controlled post-World War II institutions grew in influence, and new multilateral institutions were created to further global control by Western economies and liberal democracies.

The first decade of the post-Cold War period saw the emergence of the United States as the sole super power – both in terms of its far superior military forces and having the world’s largest and most powerful economy.

You may rightly ask what is the standing of Russia in this new global environment? The short answer is Russia has been reduced to a country that is struggling to survive from years of economic mismanagement, exacerbated by low global oil prices, and an out of control coronavirus pandemic. The Russian economy, which is highly dependent on oil and natural gas exports, teeters on the edge of bankruptcy. In reality, the Russian military can compete effectively only within the narrow confines of the border regions of Russia. It now seems that Russia’s main export is disinformation, and its principal external activity is interference in the democratic processes of liberal democracies. Russia promotes chaos in otherwise stable countries by meddling in their democratic processes. 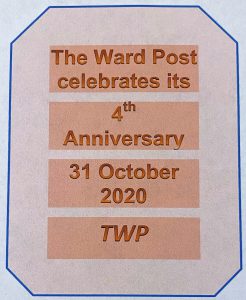 The reality is that Globalization, though promoted as serving all of humanity, was not meant for countries that lacked modern technology and lack of easy access to information technology on a broad scale. Expectations outweighed the benefits. As a matter of fact, some will even argue, that countries that were denied a level technological playing field struggled to keep pace with modern technology and many lacked the expertise and capacity, and perhaps the foresight, to take advantage of globalization in the context of a ‘new world order’.

At the same time, global economic power began to shift to Southeast Asia with China overtaking Japan as economic leader of the region, thus placing China in head-to-head competition with the United States. Ideology aside, observing the rapid decline of the former Soviet Union to that of a second tier power with very little prospect of countering American global economic power, the Chinese government seized the opportunity to grow its own economy by adapting western modes of production while maintaining its socialist/communist form of government.

(Up next, From Globalization to Populism – Part II, Rise of China’s economic and military power, The “America First” agenda, and Jamaica – a history of integrity and principles.)