Dominica – a Country in Crisis

(03 Feb. 2017) — Since writing the article, “Challenges to EC Citizenship by Investment Programs Spark Nasty Debate”, in response to the 60 Minutes exposé and expressing my own concerns for the integrity of similar economic citizenship programs in the region, the issues surrounding Dominica’s Citizenship by Investment Program have exploded. A follow-up article by Dominica diaspora leader Atty. Gabriel Christian, “A Call to Responsible Action – Response to Dominica’s CBI Program”, called for a commission of inquiry and transparency in Dominica’s economic citizenship program. The Roosevelt Skerrit-led government’s push-back, subsequent actions and statements, seems to stretch the limits of democratic norms which has brought the country to the edge of a political crisis.

The Dominican government’s response to demands for transparency and accountability by members of the Dominican Diaspora and citizens at home has resulted in what amounts to a steady stream of comments by government spokespersons and supporters accusing opposition forces of un-patriotism. Some detractors are being accused of treasonous intentions and engaging in sinister efforts to sabotage the country’s economy.  Accusations flowing back and forth and media exposures of alleged corrupt practices in the Dominica CBI program now dominate online chatter and social media. In this milieu, the Roosevelt Skerrit-led government has pushed back hard and seems determined to maintain a lid of secrecy on the program, in particular on information related to non-Dominican individuals who have been granted diplomatic passports as ambassadors through the CBI program or on some other economic-related pretext.

There are good reasons for concern by members of the Dominican Diaspora and citizens at home.  In fact, there are good reasons for all CARICOM member states to be concerned about any program that could impact negatively on the region, regardless of which country is in charge of such program or whose nationals are directly impacted. As Caribbean people we should have recognized by now that the entire region rises and falls on the achievements and mistakes of each of us.  So let’s not kid ourselves, there is cause for regional concerns.  Such concerns will not go away by stifling dissent. Concerns can only be ameliorated through transparency in government actions, and by a government that is willing to acknowledge publicly its mistakes and take responsibility for them.

At the same time, societal chaos will only be averted when a responsible government is forthcoming with clear and credible means to correct its mistakes.  That’s a sign of maturity of a democratic system and characteristic of a government which puts its people and country first. It’s a demonstration to the people of Dominica, the region, and the world that the government’s actions are above board, and that neither government officials, political leaders, or their inner circles profit from corruption and other criminal enterprise. 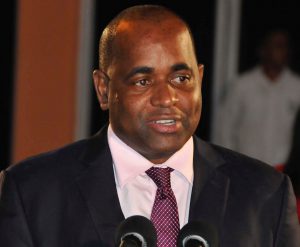 There are many troubling issues related to Dominica’s economic citizenship program that are broadly discussed and available from open sources, including credible international media sources. From these sources we are made aware of a number of individuals, not natural-born nationals of Dominica or their descendants, who hold Dominica diplomatic passports and who have been investigated, hunted as international criminals, and arrested by various jurisdictions for a number of serious crimes.  Common among these individuals is that they carry the rank of Ambassador of Dominica.  I will cite two examples.

Among the noted Dominican diplomats who have ran afoul of the law are a former Nigerian oil minister, Deizani Alison-Madueke who was arrested in London by the UK National Crime Agency (NCA) on October 2nd 2015. According to the BBC report, Alison-Madueke was one of five people being investigated by the NCA as part of an investigation into suspected bribery and money laundering.  During Alison-Madueke’s term as Nigeria’s oil minister (2010-2015), it was alleged that $20 billion of oil money went missing.  There were a number of investigations, including by the Nigeria Senate, of corruption charges against Alison-Madueke. According to the ACA, its investigation of Alison-Madueke had been going on since 2013. While charges failed to stick in Nigeria, and she has denied any criminal activity, it seems to have been sufficient of a red flag for any government vetting her for citizenship, and certainly for making her an ambassador.

Another more recent Dominican diplomat, Alireza Zibahalat Monfared, an Iranian citizen, was arrested and returned to Iran on January 16, 2017.  Monfared has been accused of involvement in a sanctions-busting scheme (UN and U.S. sanctions against Iran oil industry) in which he worked closely with another Iranian who was sentenced to death last year for embezzling the Iranian government of some $2.8 billion.  Monfared was part of a group assisting Iran to evade UN and U.S. sanctions.

These two cases cited are not rumors; they are facts.  The people of Dominica have a right to raise questions about the integrity of their country’s economic citizenship program, and in particular the granting of diplomatic passports to non-Dominicans of whom they know very little, if anything, until these individuals are arrested by some foreign country.

No level of strong-arm response will stifle civil disobedience.  The result of such strategy, which is really not a strategy, is more unrest which inevitably descends into violence and chaos.  There will come a time when law enforcement and security personnel with integrity and commitment to the Rule of Law and good governance will step away from the government and stand with the civilian population.  Dominica should not have to come to that.  The government has within its powers the means to alter the dynamics and ensure that the people are heard through their elected and non-elected representatives.  Calm and reason on both sides of the divide are essential to peace and tranquility which will inure to the benefit of the people and the country, and also to the region. 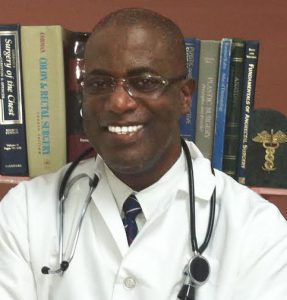 Reports of the arrest of an outspoken critic of the Dominican government, medical doctor Sam Christian is troubling.  According to the arrest warrant, Dr. Christian was charged with inciting violence, and the police cited as evidence a public speech he gave over a year ago in a public park.  This speech has been in the public domain for more than a year, including on You Tube.  Why arrest Dr. Christian now?  Why at a time when there is raging debate about the economic citizenship program of which he is a well-known critic? This can be no coincidence.

Dr. Christian’s arrest suggest at least one of two things: 1) The Dominica constabulary and public prosecutor are grossly incompetent for this so-called criminal violation to be languishing for more than a year without taking action to protect the public; or 2) The Dominica constabulary and public prosecutor have been corrupted by government’s intent on stifling dissent. Under the circumstances it appears to be the latter.

It is the obligation of CARICOM collectively, and Caribbean political and civil society leaders to step forward and help bring about civil discourse between the government and people of Dominica and stop the hemorrhaging of human rights protection.  The government bears the utmost responsibility to ensure the rights of its citizens are protected. Rule of Law and good governance should be the hallmark of all Caribbean governments.  There is no exception.