(30 October 2022) – Questions I am often asked to answer are: What is the United States Venezuela policy? What is Jamaica government Venezuela policy? Is Jamaica’s Venezuela policy tied to or dictated by Washington? In the past five to six years, U.S. policy on Venezuela has become one of the most contentious issues in Western Hemisphere affairs. This is an issue which has created the greatest level of division in regional and sub-regional organizations, particularly in the Organization of American States (OAS) and in the Caribbean Community (CARICOM).

I attempt to answer all three questions with a great degree of caution. The level of transparency, policy articulation, and actions taken by the U.S. and Jamaican governments diverge only as to the respective impact of their economic, geopolitical, and military power. There are many unexplained inconsistencies in the policies of both governments.

America has no permanent friends only permanent interests

However, the first question is probably the easiest to answer. In the case of the United States, regardless of who is in the White House, the old adage applies. America has no permanent friends or enemies, only permanent interests. We have seen this repeated as America’s interests of the day dictate. Another popular precept of American geopolitics is “The enemy of my enemy is my friend.” The U.S. government is often inconsistent and the level of application of the standards it espouses to justify its policies and geopolitical engagements in the hemisphere and elsewhere varies.

No one can argue with the U.S. for raising human rights violations issues and lack of political freedoms in any country which are violating these norms and denying them of their citizens. No one can question the importance of promoting democracy, rule of law and good governance in all countries – issues which the U.S. embraces in its foreign policy. I support these policies. The problem I often have with the policy is the degree to which American presidents adhere to these core principles consistently and without significant variance, and how they are linked to U.S. geopolitical interests in bi-lateral or regional arrangements at any given time.

U.S. policy on Venezuela, for a very long time, has been defined by its access to the world’s largest oil reserves or by any impediment to such access. Former Venezuelan president Hugo Chavez made the decision that exploitation of and access to Venezuela oil must be determined exclusively by the Venezuelan government. Chavez’s government used the country’s oil not only as an economic tool but also as a geopolitical tool to oppose and compete with the U.S. for influence in the hemisphere. That Chavez’s policy of access to Venezuelan oil must be on Venezuela’s terms was anathema to U.S. interests. The U.S pushed back hard.

As the political and economic situations in Venezuela rapidly deteriorated, in part due to U.S. diplomatic and economic pressures against Chavez, and Chavez’s anti-American rhetoric against the U.S. rising exponentially, relations between the two countries deteriorated. Stability in Venezuela crumbled under pressures from within, including from government mismanagement and U.S. supported internal opposition to Chavez, and from U.S. encouraged and in some cases coerced opposition within the hemisphere. Simultaneously with the crumbling foundation of Chavez’s hemispheric policy, the human rights situation in Venezuela reached intolerable and deplorable levels, democracy and rule of law suffered significantly, and bi-lateral relations with Chavez’s government were becoming toxic for U.S. policy makers.

However, the U.S government tended to accept Chavez’s special relationship with Fidel Castro’s Cuba as not a having a game-changing impact on U.S hemispheric policy. Similarly, except for lukewarm warnings to Caribbean governments to not support Venezuela’s hemispheric policies and to reject Chavez’s internal policies – denial of human rights and attacks on democracy and rule of law, the U.S. government did not push back on the Petrocaribe arrangements which helped to stabilize struggling Caribbean economies.

The U.S. was particularly concerned about the growing influence of Iran, Russia, and China in the hemisphere. Venezuela’s relations with these countries facilitated and promoted their geopolitical and economic interests in the hemisphere at the expense of America’s. Nicolas Maduro in succeeding Chavez made things worse. Not only had he doubled down on the anti-U.S. rhetoric but internally Venezuela was failing on all fronts. Mismanagement of the Venezuelan economy, though the effects of U.S. sanctions were contributing factors, reports of gross human rights violations, suspension and suppression of democracy and the rule of law, have brought Venezuela broad condemnation from within and outside of the hemisphere.

The Maduro-led Venezuela’s bilateral relations with Iran, Russia, and China grew exponentially with the deterioration of Venezuela’s relations with the United States. Maduro’s embrace of Russia’s military presence in the America’s threatened American national security interests. The entire hemisphere has felt the impact of these dynamics in one form or another.

The U.S. Congress enacted the “The Venezuela Human Rights and Democracy Protection Act of 2014” (the Act) which was in response to the protests in Venezuela in which at least 43 people were killed and nearly a thousand injured. The purpose of the Act was to impose targeted sanctions on those in authority in Venezuela responsible for using deadly violence to suppress political dissent in Venezuela. The Act directed the U.S. president to impose asset-blocking and exclusion sanctions, including on Venezuela government officials and entities.

The scope and targets of the sanctions first imposed in 2015 pursuant to the Act broadened significantly during the Trump administration to isolate the Maduro government and squeeze the Venezuelan economy and have prevented countries in the hemisphere from doing business or having any financial transactions or enter into any financial arrangements with the Venezuelan government. The impact of U.S. sanctions has impacted every country in the Americas.

U.S.-Venezuela relations reached an all-low during Donald Trump’s presidency and with exceptions the entire hemisphere has been dragged along by the Trump Administration. It had become not just opposition to Maduro’s government policies on human rights, denial of democratic freedoms, and suspension of rule of law, but non-recognition and isolation of Maduro and illegally recognizing Juan Guaidó, then president of the national assembly as interim president of Venezuela in 2019, and representation in the OAS. Non-recognition of the Maduro government by the Andrew Holness-led Jamaican government contrary to the position of most other CARICOM governments raised questions as to whether Jamaica’s relations with Venezuela were dictated by the Trump administration. Jamaica’s votes in the OAS has irked fellow CARICOM members.

Unfortunately, the Jamaican government has not found it necessary and prudent to articulate an independent Venezuela policy which serves Jamaica’s interests. Perhaps, the pressure on Jamaica from the Trump administration, including the near unprecedented visits to Jamaica by Trump’s secretaries of state Rex Tillerson and Mike Pompeo were nothing more than that – to pressure the Holness government to back Trump’s policies, even if doing so was inimical to Jamaica’s national interests. Or, as some argue, to reward the government for its policy on Venezuela, including by supporting either by abstention votes or otherwise in the OAS. What is most evident is that Jamaica was in lockstep with Trump administration policy. Without any public articulation by the Jamaican government of an independent policy as a sovereign country can and should, one cannot blame speculation by many in the hemisphere and particularly among fellow CARICOM member governments that Jamaica’s Venezuela policy is dictated from Washington.

Jamaica’s relations with the Maduro government needs to be reworked, and despite the Jamaican government’s decision in 2019 not to recognize the 2018 re-election of Maduro a decision which was interpreted as following Trump’s lead at the OAS, it is Andrew Holness’ government which needs to walk through the open door which Maduro has offered. The Holness government also has to answer the question of its nationalization of Venezuela’s equity interests in Petrojam, Jamaica’s oil refinery, an issue which further sullied Jamaica’s relation with the Maduro government.

In light of the serious threat to energy security, the high cost of oil due to the illegal Russian war in Ukraine, and the collusion between Saudi Arabia and Russia in the OPEC+1 decrease in oil production, and the fact the Biden administration-led U.S. government is not so quietly pursuing accommodation to gain access to Venezuela oil, this is an opportune time for the Jamaican government to act without delay. Waiting for the imprimatur from Washington will only further the narrative that Jamaica’s foreign policy, and most importantly the Holness government’s Venezuela policy is dictated from Washington.

The first step Jamaica needs to take is to articulate its Venezuela policy and to do so independently of and not waiting on Washington.  Jamaica’s Venezuela policy, as must its foreign policy generally, must be determined by what is in Jamaica’s best national interests. Jamaica is a sovereign country and Jamaican government officials – the Holness government – have use that as reason to vote as it pleases contrary to the majority of fellow CARICOM member states on the Venezuelan votes in the OAS. No one can or should question Jamaica’s sovereign right to formulate and execute foreign policies that serve Jamaica’s national interests. But these votes in the OAS are often taken without articulation of any policy framework leaving everyone to speculate and form conclusions which are not favorable to Jamaica’s reputation on the regional and global stage. It is time for the Jamaican government to fill this long-standing void and clear the air. 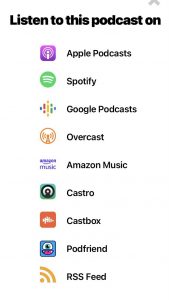 Listen to Real Talk with Ambassador Curtis Ward on any of these podcast  platforms/players.