Congresswoman Yvette D. Clarke Urges Caribbean Community to Have a Voice in Washington

(18 Oct. 2017) — In a wide ranging Keynote Address to the Caribbean-American Political Action Committee (C-PAC) 12th Annual Patrons Luncheon in Silver Spring, Maryland on October 14, 2017, addressing issues from the response to the devastation left by hurricanes in the Caribbean to President Donald Trump’s anti-immigrant and racist policies, Congresswoman Yvette D. Clarke (D-NY 9th) called on the Caribbean Diaspora community to let its voice be heard in Washington DC.  C-PAC which operates in the Washington DC, Maryland and Virginia area represents the interests of the Caribbean community in those jurisdictions but is not a national advocacy organization that addresses Caribbean issues at the level of the federal government – the Executive and the Congress. Congresswoman Clarke used the occasion to highlight the need for the Caribbean community to be heard at the national level in the halls of Congress and with the Executive branch. According to the Congresswoman, “now, more than ever, we need organizations like C-PAC to make sure our voices are heard.” 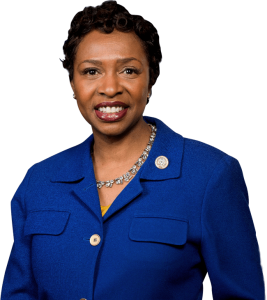 Also present for this message, that our voices need to heard in Washington, were the Hon. Shirley Nathan-Pulliam, Maryland State Senator, members of the Caribbean diplomatic corps, led by Ambassador Dr. Thelma Phillip-Browne of St. Kitts & Nevis, and including Mrs. Marsha Coore-Lobban the Deputy Chief of Mission of Jamaica, the Deputy Chief of Mission of Antigua and Barbuda, and representatives of Barbados and Guyana. This message highlighted what some of us in the Caribbean diaspora community have been advocating.  Indeed, there is a need for a national Caribbean-American entity to engage with federal officials – the Executive and Congress – on issues of concern to the diaspora and the region.

Also present were the Attorney General of the District of Columbia, Karl Racine, who is of Haitian heritage, former Representative Donna Christensen of the US Virgin Islands, Ms. Joy Dufour, President of Partners of Good Shepherd Jamaica, Ms. Venice Mundley-Harvey, Chair of Caribbean-American Advisory Group of Montgomery County, Maryland, and Mrs. Sonia Ward. 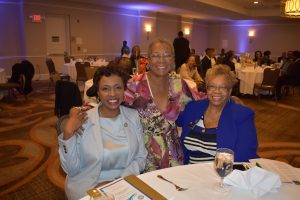 Congresswoman Clarke’s Congressional District in New York has a large Caribbean Diaspora population, and the Congresswoman is known for her unyielding advocacy in Congress on issues related to the diaspora and the Caribbean region.  As co-chair of the Caribbean Caucus in the Congress, Rep. Clarke leads initiatives on a number of issues advancing Caribbean and Caribbean diaspora issues, as well as issues of concern to the immigrant community at large. Although Rep. Clarke is elected by New York’s 9th Congressional District, she is widely viewed as the primary representative in the U.S. Congress of the entire Caribbean diaspora community. 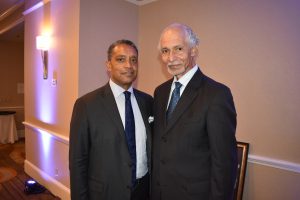 Congresswoman Clarke, pointing to the destruction of the recent hurricanes asked the gathering to pause for a moment of silence for the people of the Caribbean impacted by the recent hurricanes. Citing Congresswoman Stacey Plaskett (Representative of the USVI), she noted the prevailing feelings in the impacted countries that politicians in Washington have deserted them, and gave notice to the Administration and the Congress that the supplemental appropriations, while a good start, would not be enough of a response to the needs of the USVI. The Congresswoman said she heard their cries: “The President may ignore those cries. The media may ignore those cries. But I hear them loud and clear.” 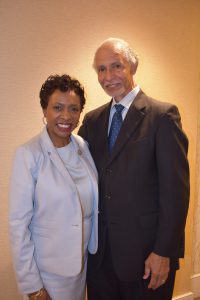 Accordingly, Rep. Clarke opined that Congress needs to stay vigilant in fully understanding the scope of the damage and continuing to provide enough funding not just for emergency relief, but also for long term recovery efforts.  She said she “will continue to work with Rep. Plaskett  and other members of the Congressional Black Caucus to ensure that every voice is amplified.” She hoped that C-PAC would join in that fight.

In reference to her Jamaican heritage and noting that her parents had taught her to be proud of it and use her voice for change, she said, “That means standing up for what’s right! Be it healthcare reform, housing reform, or equal pay.” She went on to say, “My work in Congress demonstrates my commitment to our Caribbean brothers and sisters particularly in the fight for immigration reform. There are critical perspectives we need to incorporate into the debate on immigration, for example the perspective of people from the Caribbean.” Noting further that members of the Caribbean community “are confronted with enormous challenges from a man whose name I will not say at this celebration.” She emphasized that “‘45’ represents a direct threat to this community, a white supremacist who has surrounded himself with other individuals who share his bigoted and wicked ideology.” 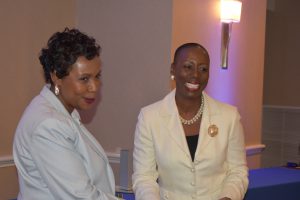 She went on to stress that the community “will not be silenced—it’s not in our nature to do so! We know we built this country and we’re not giving it up to white nationalists, Nazis, or fascists!” She emphasized that “Washington D.C. needs to hear our voices—they need to receive that message.” And, that “The renewal of our commitment to the best traditions of this nation – instead of the worst – will come from us.”

In her direct mandate to the Caribbean community, Rep.  Clarke’s message should serve as a catalyst for organized response to the challenges, imploring us, by saying, “Your voices will sound the alarm for a renewal of purpose, a restoration of faith in ourselves as a people who believe that every person should have an opportunity to participate in the American Dream.” 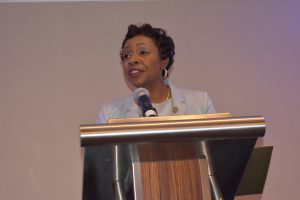 Rep. Clarke paid tribute to C-PAC’s founder Chris Gardiner for his vision in the founding of the organization in 2005 with the support of 100 members of the Caribbean community – the Patrons, in 2005. Gardiner was also honored by C-PAC, along with its long-serving Treasurer Roy Layne, for their dedication and service to the organization. As noted by the Congresswoman, since its inception, C-PAC has fulfilled its primary purpose of advancing the political agenda of our community—becoming the community’s political voice in the DC, Maryland and Virginia communities.

I agree with Congresswoman Clarke and have long maintained that our voice at the national level, in the corridors of power in Washington is not near as effective as it should be, or can be. We, people of Caribbean heritage in the United States, are more than five million strong, yet we are not appropriately positioned to influence policies which directly or indirectly affect our diaspora communities and the countries of the Caribbean region. The time for engagement and action at the national level is needed now more than at any other time in our history. That’s why I support, and have taken a preliminary step towards the establishment of a Caribbean-American National Action Network (CaribNetwork).  The time is now! CaribNetwork will emerge as a vehicle that advances and protects the interests of the Caribbean diaspora in the United States and the interests of the countries of the Caribbean region; and as advocates on matters of mutually beneficial interest in U.S.-Caribbean relations.