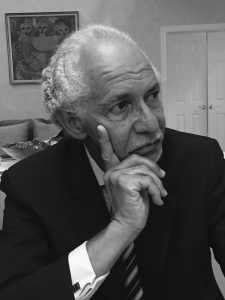 Most geopolitical analysts have concluded that there will be regime change in Venezuela, Nicolás Maduro will be out and Juan Guaidó will be in. All indicators so far support their assumptions. One major hurdle remains, and that is which side Venezuela’s military leaders will take – choosing between Maduro and Guaidó. So far, the military is sticking with Maduro, but Latin American militaries in the end follow the perceived winner.  Also, in the past, Latin American military leaders generally back themselves as the saviors of their countries in times of political turmoil.

Another reason I hesitate to rush to judgement on the outcome is the way the conflict in Syria has played out over the past few years.  There appeared to be a singular purpose pursued by the United States and its European and Middle Eastern allies to effect regime change in Syria.  According to the U.S. and its allies, there were no circumstances under which Syrian leader Bashar al-Assad would be allowed to remain leader of Syria. Now that U.S. President Donald Trump has abandoned that objective, Assad is far stronger today than he was two years ago. One major factor which ensured Assad’s retention of power in Syria is Russian presence and Putin’s backing.

The appointment by Secretary of State Mike Pompeo of Cold War neocon Elliott Abrams as Special Representative for Venezuela confirms the Trump Administration’s end game. Abrams and his colleague, the National Security Adviser to the President, John Bolton, another Cold War neoconservative hawk, both have confirmed Trump’s earlier declaration the military option is on the table. Both the State Department and the White House are in sync. However, while there is growing support in the U.S. for Maduro’s exit from Venezuela, there is very little support for use of the military option to remove him. Even Republican legislators who support regime change step back from use of the U.S. military to oust Maduro.

The U.S. and those who support Maduro’s ouster are counting on the Venezuelan military to withdraw support for him. Undoubtedly, there is a concentration of behind the scenes activities taking place to entice and pressure Venezuelan military leaders to act, sooner rather than later, to throw their support behind Guaidó. The U.S. has rejected out rightly any negotiations with Maduro and is dismissive of diplomatic efforts launched by Mexico and Uruguay, as well as the European Union contact group.  Accordingly, Abrams said the U.S. urges “all involved to deal solely with the legitimate Guaidó government. The time for dialogue with Maduro has long passed.” In ruling out negotiations, Abrams said there is nothing to negotiate with someone deemed illegitimate by the U.S. Government. 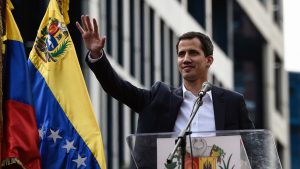 Under normal circumstances the appointment of a Special Representative by the Secretary of State would have signaled the pursuit of a diplomatic initiative to solve the crisis in Venezuela. Diplomatic interventions would be the primary vehicle for persuading Maduro to accede to the demands of the U.S., the E.U., and the Lima Group. The choice of Abrams of Iran-Contra fame and a historical legacy in the Cold War conflicts in Central America during President Ronald Reagan’s presidency is in itself confirmation that a diplomatic solution was not being offered to Maduro. His only option would be to cede power to Guaidó as interim president of Venezuela and leave the country. Abrams suggested there are countries willing to accept Maduro.

The long-lasting negative effects of an ill-advised military intervention in the region are not being discussed. The devastating effects of the Reagan administration’s military wars in Central America during the height of the Cold War in the 1980s still reverberate in Central America. The problems of Central America today, and the constant emigration flow from the region, are directly linked to the period when Abrams was a major player in framing U.S. policy. Abrams’ Iran-Contra fame and legacy is a stark reminder of the human suffering visited upon the region during that period, but there are no lessons learned that would sway the Trump administration from pursuing a similar course in Venezuela where he perceives he will gain a geopolitical victory.

Achieving regime change in Venezuela has not been subject to broad discussions at any level or debated in the U.S. Congress. The House Foreign Affairs Committee Chairman Eliot Engel scheduled (February 13, 2018) a hearing with Abrams and his colleagues from State and USAID to explain the Trump Administration’s Venezuelan policy. However, except for the possible use of the U.S. military, the Trump Administration will not receive much push back from Congress on a policy to end Maduro’s regime. Most Congressional leaders, who have spoken on the issue so far, have framed their arguments around the dire humanitarian conditions of the people of Venezuela for which they blame Maduro. They are urging the Venezuelan military to allow the U.S. humanitarian aid stuck on the border with Columbia to be delivered to the people.

For the citizens of Central American countries which suffered through those proxy wars some 3½ decades ago, Abrams appointment is a stark reminder of U.S. military intervention, and other countries in the hemisphere should also take heed. Teamed with Bolton at the White House, Abrams leadership on U.S.-Venezuela policy evinces very little expectation of a peaceful transition from Maduro to a newly democratically elected government in Venezuela. It never happened in the 1980s in Central America and much doubt whether it is likely to happen now.

While much concern is being expressed about the humanitarian crisis and the denial of human rights and democratic freedoms, Abrams is the wrong choice as messenger for human rights and democracy. Geopolitical analysts will be skeptical of any moral underpinnings to Trump’s policy. Abrams oversaw a period of U.S. engagement in Central America and elsewhere in Latin America when the human rights gains of President Jimmy Carter were completely reversed by Reagan’s Cold War policy. Right-wing despots were allowed to remain in power and consolidate their autocratic rules in the region, and many lives were sacrificed on the expediency of Cold War rivalry. Thus, there is room for doubt when Pompeo declared that Abrams “will be responsible for leading the effort to achieve democracy in Venezuela.”

The outcome Pompeo suggested “America wants” may neither be in sync with what the people wants, or with representational democracy, but more of an elusive geopolitical victory for President Trump.

Maduro is losing the propaganda war, and the images and reports of the suffering of the Venezuelan people permeates the television screens in the U.S. and around the world. His rejection of U.S. humanitarian aid, stopping it on the Columbian border, damages even further Maduro’s position. Regardless of how he feels about U.S. aid, his rejection conveys callousness towards the plight of the people. Even if some of the reports of human suffering are contrived and not fully accurate, the message is that Maduro would rather the people suffered than accept U.S. aid. Maduro must seek a way out of this dilemma if he hopes to gain any external support beyond the few countries which already support him. He should be entreating the United Nations for humanitarian assistance – delivery and distribution – and cease pretending the people of Venezuela are not in dire need.

The situation in Venezuela seems to be following a path similar to Syria, but a less complicated one. Russian presence in Venezuela and Putin’s recent flexing of Russia’s geopolitical muscle could alter the dynamics significantly in Maduro’s favor. It could at least buy him more time. However, it is hard to imagine a U.S. president allowing Russia to establish another strong presence in the hemisphere beyond its alliance with Cuba. Trump’s relationship with Putin could be severely tested.