China, Brazil and their UNSC votes on Russia-Ukraine conflict 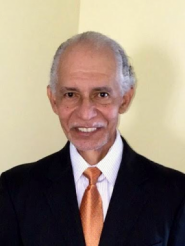 (26 February 2022) — Members of the UN Security Council literally forced a vote on a resolution drafted by the U.S. and Albania which condemned Russia’s invasion of Ukraine and called for Russia’s immediate withdrawal and cessation of hostilities against Ukraine. The Russian Federation the current president of the Council resisted voting on the issue. The resolution as expected had overwhelming support in the Council. There were not many surprises on the outcome with 11 countries voting in favor, three abstentions, and Russia the only country voting against. Russia’s no-vote, a veto, killed the resolution.

A discussion of the anachronistic veto power held by Russia and the other permanent members of the Security Council – China, France, UK (the United Kingdom of Great Britain and Northern Ireland), and the United States – will be the subject of another article.

Most of the votes were predictable. China’s abstention rather than a no-vote in support of Russia, though a disappointment to Russia, must be considered in the broader context of China’s global objective of being seen as a responsible geopolitical and economic power. It is China’s policy and practice to use its veto in the Council only when there is a perceived or real threat to China’s national security and global interests.

In as much as there was quite a bit of attention given to, and comments on the summit in Beijing between Xi Jinping and Vladimir Putin on the margins of the 2022 Olympic Games, and speculation about Xi giving Putin his blessings on Ukraine, Russia’s actions in Ukraine may not necessarily serve China’s long-term interests. Perhaps, China was more aware than others that Russia’s military operation would not be a surgical military strike that would quickly overpower the Ukrainians and force them into submission; that it would not result in a quick removal of Ukraine’s government and replacing it with a Moscow-friendly government in Kyiv; or that normality in the region would quickly return. China always looks at the long game and plays the odds accordingly.

The longer the conflict between Russia and Ukraine lasts, including the continuing insurgency against Russian rule that will follow Russian troops March into Kyiv and take control of the capital, the greater will be the disruption in China’s European markets. Two-way trade with Europe is important to China’s recovery from the coronavirus economic fallout and stagnation. And China does not wish to fracture its relationship with Europe and the rest of the world by an outward show of solidarity and support of Russia’s unlawful invasion of a UN Member State.

Every country, particularly those with close political or economic relations with China, are mindful of China’s position on sensitive issues in the UN. To be perceived in a positive light is also a major geopolitical objective for Beijing, and responsible votes provide a level of comfort to those doing business with the economic behemoth. And, lest we forget, China aligns with the G-77, a group of 134 (often referred to as the G-77 + China) loosely aligned developing countries which often find common cause in the UN system.

While the affirmative votes of ten of the 11 Council members were consistent with prior positions they had taken, that Russia’s gross violations of the UN Charter and blatant disregard for international law and norms, Brazil’s yes vote is worthy of further comments. Some countries’ votes in the UN are often linked to common interests shared in their economic and political groupings, such as membership in the European Union, some are ideological, and others who consistently support the multilateral system, particularly on the core principles of sovereignty and inviolability of territorial integrity of states. Many support the UN Charter for their own protection and preservation.

Bolsonaro and Putin in Moscow

Moreover, there is no tolerance for the arbitrary use of military might by the powerful against weaker countries. Furthermore, the UN Charter gives specific power to the UN Security Council as the only international body that may authorize the use of force in the maintenance of international peace and security. A country using military force against another may only do so legally under tenets of international law only if attacked or if there is imminent danger of being attacked, thus authorized use of military force in the context of self-defense, a right reserved for states under Article 51 of the UN Charter.

According to reports preceding the vote, Brazil’s president Jair Bolsonaro came under significant domestic political and other pressure, including from Brazil’s Vice President, to vote for the resolution condemning the Russian invasion. Brazil would also have received pressure from Western states. However, voting in the affirmative belied the reports about Bolsonaro’s recent visit to Moscow and his open support for Putin. But Brazil’s overall interests, regional and global, outweigh Bolsonaro’s embrace of his fellow autocrat in Moscow. It’s conceivable that Brazil received pressure from countries in the region, and the expressed condemnation by CARICOM of Russia’s invasion of Ukraine must have factored also into Brazil’s vote which contrasted with Bolsonaro’s personal views.

I very much doubt the 14 independent CARICOM states understand the influence they have or can have over Brazil’s votes in the Security Council. Successive governments of Brazil openly pursue membership on the Security Council as often as the rotation will allow. Brazil needs the endorsement and the support of the 14 CARICOM votes in order to ensure GRULAC’s support, and the group’s endorsement is a prerequisite for securing a majority vote of the UN General Assembly approving Brazil’s election to the Security Council. GRULAC is the Group of Latin American and Caribbean States comprised of 33 countries, and which is accorded two of the 10 rotating elected seats on the Security Council. Mexico currently serves as the other GRULAC member on the Council.

The value and importance of CARICOM’s 14 votes support is simple mathematics. It is not impossible, but highly unlikely to win GRULAC’s endorsement without CARICOM’s 14 votes. And rarely is it possible to secure UNGA approval without the GRULAC endorsement. Mexico like Brazil also has ambitions of permanent membership in the Council but any increase in permanent members would only allot one permanent seat to GRULAC. That makes Mexico and Brazil competitors for regional support.

I raise the issue of Brazil’s ambition to become a permanent member of the Security Council should expansion of the permanent members be approved because it provides opportunity for leverage on how Brazil votes. Brazil’s ambition will be advanced only if successive Brazilian governments are consistent in upholding the UN Charter and defend the core principles of international law and norms that are important to the region and most civilized nations, especially to smaller more vulnerable states. Listening to Brazil’s statements on Russia’s invasion of Ukraine it was difficult to determine which side of the issue to place Brazil and how it would vote.

While I expected Brazil to have come under pressure from the U.S. and others in the Americas, including Canada, Brazil should not be allowed to believe CARICOM doesn’t care and that its support can be taken for granted, be bought, or influenced by a few economic favors.  There are certain core principles which inure to CARICOM’s interests and that of the Community’s member states that Brazil must be prepared to defend to maintain CARICOM’s support. In this complex and interconnected region and world, much should be expected from whom much is given.