Challenges to Rule of Law & Democracy in Dominica 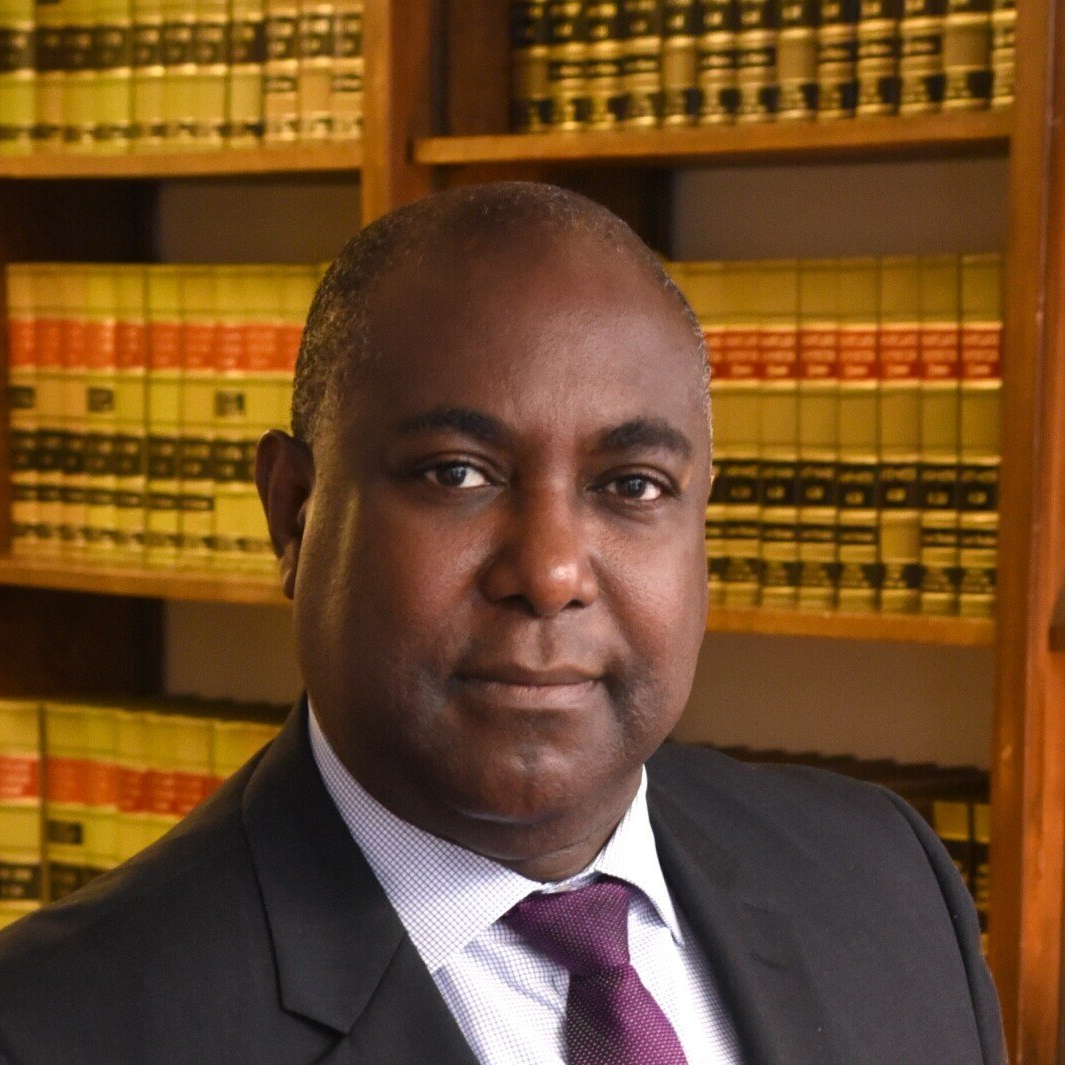 (o4 April 2022) — A forest – in all its splendor – is often best appreciated from a distance.  From a distance all one sees is ofttimes a seamless green blanket, in undulating beauty. However, it is only amidst the forest – and close – that one appreciates the coiled vines; rough bark; and the towering tree trunks which support the lofty leaf-laden branches. So too with democracy, one can only fully understand what constitutes its gross anatomy by grasping a deeper understanding of its roots and what makes it work.

What do we teach our people, no less our children, of the genesis of Dominica’s democracy? What does the average person in Dominica know of that man whose bust sits atop the plinth at the top of Federation Drive, at the center of its roundabout? That bust of self-government advocate and attorney Cecile Rawle is really a tribute to his role in fostering our democracy.

In 1920s colonial Dominica, an unelected legislature ruled our affairs. The administrator installed by Britain reigned supreme on the island and the average citizen had no say in parliament.  Confronted with that inequity, British trained attorney Cecile Rawle and local planter/businessman, John Baptiste “JB” Charles (the father of future Prime Minister Dame Eugenia Charles) formed the Dominica Representative Government Association. Their advocacy of voting rights for Dominicans brought locals into parliament; both Rawle and Charles later being elected to serve. By 1945 the working class had a champion in the Dominica Trade Union; in 1951 universal adult suffrage was born of that long struggle – Dominicans now had the right to vote, without regard to their property holdings. A new democracy was being born. By 1961 the Dominica Labour Party led by agriculturist Edward Oliver LeBlanc swept the working class and rural peasanty into power. LeBlanc, as Chief Minister, supported the British West Indian Federation and built the foundations of a social democracy focused on equality of opportunity.

In the 1950s, 1960s, and 1970s we had a flowering of new civil society institutions representing all segments of Dominican society.  These organizations were non-governmental and served to buttress the rights of the ordinary citizen; often acting as a brake on government excesses or errant conduct where it arose.

Where are we now? What are the costs to a society when its civil society organizations atrophy; wither away and die?

In a case of criminal assault upon peaceful citizens by the Prime Minister’s allegedly close associate who points a pistol at their heads, the most astounding thing happens. In the middle of the trial, the judge discovers that there is no pistol to be found in evidence; it has been handed back to the accused due to the intervention of a “higher authority.”  The judge bravely orders that the pistol be found. Later, after the trial results in the conviction of the Prime Minister’s alleged associate, the judge discovers that his services are no longer needed by the state; with his contract not renewed, he is off the bench.

We know that such alarming conduct is not our tradition. We know that when the three masqueraders were burnt in that tragic carnival fire of February 25, 1963, a coroners’ inquest was held within days, and “foul play” was found as the likely cause. Within months a commission of inquiry was impaneled, Scotland Yard trained Police Commander Slater was called in to investigate, and witnesses were subpoenaed to testify; all overseen by an impartial Grenadian Judge E.L. St. Bernard. That no trial was pursued to finality does not erase the fact that speedy steps were taken to assure the public that the rule of law and due process were in place.

Today, more than a decade after the attempted murder on Christmas Day 2010 of retired Judge  Glenworth Emmanuel and his wife Greta, we have silence. Where is our government?  Where is our independent judiciary? What of the attorney general?  Are coroners’ inquest still held on the island?  Is that silence because the alleged mastermind is allegedly linked to the Prime Minister?

More troubling has been the statements of the government’s legal advisor whose public utterances infer that the attempted murder allegation is lacking in credibility and should be closed.  Are we to accept the public utterances of the government legal adviser as the sum total of how justice is done in Dominica?  What macabre value construct have we allowed to metastasize, as some cancerous growth, in our beloved homeland? What has happened to the procedural and institutional framework, born of an independent judiciary and police force, upon which the population can rely? Today it would seem that the torch of liberty, and the quest for truth, resides in the hands of our valiant calypsonians and talk show hosts on WICE Q95.

Are the values of the nation now governed by the Prime Minister’s statement regarding his eligibility to serve in elected office, “No law or constitution can prevent me from running for election?” The same Prime Minister could have spared the nation and his reputation much trouble by simply testifying truthfully whether he has ever possessed a French Passport as an adult. One cannot be trusted to govern a country where he or she refuses to testify in a case involving eligibility for public office.  In a trial on his eligibility to hold office, the Prime Minister refused to speak in court. The presiding Judge, Gertel Thom, allowed him to dodge cross-examination; she quashed a subpoena for his travel documents – though she arguably had the inherent power to order him to show his passport. Her actions have further degraded the public trust in the independence of our judiciary.

The Prime Minister’s lawyer in the case was Mr. Tony Astaphan, who, in the past had served the Antiguan government of which Judge Thom was once part; having served as attorney general.  Such closeness by a judge to an advocate who served her government as legal counsel reasonably argues for voluntary recusal by the judge to protect against any appearance or charge of bias.   To the disservice of the judiciary, such facts are now weighed in the balance as to the judge’s impartiality in judgment. Whatever the judge’s decision, for a politician to remain silent and so avoid self-incrimination when his eligibility to stand for office is queried, strikes at the heart of a citizenry’s right to have transparent leaders.

Democracy is about a value system that respects rule of law, accountability to the governed, and transparency in governance. Democracy can only flourish where truth is exalted.

Today, as a nation, we do not even know whether the so-called MOU with China rendered us a neo-colony of that state. Why has the Prime Minister been so secretive about whatever deal he struck with China? Dominica is not the Prime Minister’s personal fiefdom. He owes a duty to every Dominican citizen to clearly state – in detail – what the MOU entails.  Yet, the government – which owes us total transparency in the matter – has never published an original signed document with the Chinese for the entire nation to see. The Prime Minister is duty-bound to tell the nation the truth.  Regrettably, the government’s chief spokesperson, Philbert Aaron, argues that there is no truth in politics.  The government spokesman has embraced a system that disregards truth as the desired value.   I posit that the decline in democratic-loving rule of law values proceeds in tandem with the decline of civil society organizations with which to buttress our democracy.

Many of the civil society organizations we had under the colonial rule are moldering in the grave, where they have not been castrated or bought off.  In the absence of a strong civil society, the one-man rule is on the ascendancy. This is the time of idols; the Big Chief, the Supreme Leader, Our Father who doles out cash to pimp the poverty of the vulnerable, and those who would sing songs of praise.  Who shall speak when “one-man rule” so cows a cabinet and a people, that none dare tell the emperor he has no clothes?

Famous African American journalist Ida B. Wells, in her autobiography Crusade for Justice (University of Chicago Press 1970) stated:  “Eternal vigilance is the price of liberty.” She goes on to argue that although the United States does have some “wonderful institutions” to protect our liberty, we have grown complacent and need to be “alert as the watchman on the wall.” So too in Dominica; we can only preserve our democracy where we consistently work at it.   In the spirit of Ms. Wells, we here salute the Dominica Chronicle and its proprietor the late Frank Baron for assuming that noble role. And we ask democracy-loving Dominicans to reflect on the fact that our independence and freedom were attained with the blood, sweat, and toil of our anti-slave Negre Maron (Maroon) freedom fighters such as Jaco, Balla, Pharcelle, and Congoree; and those modern heroes such as Loblack, Allfrey, and LeBlanc who took up their mantle.

Today, Dominica’s democracy is at a crossroads. Money from passport sales estimated to be in the amount of US$1.615 billion is missing from the government consolidated fund. A mysterious Middle Eastern operative with alleged close ties  to Prime Minister Skerrit is given the contract for a new international airport without the benefit of public tender. A population cowed by the filing of bogus criminal charges against opposition figures is mostly quiet as freedom of association is suppressed and political victimization reigns supreme. Few question the actions of the Prime Minister on his foreign alliances – many of which such as the 2022 establishment of diplomatic relations with Syria are done in the dark. In what has now become known as a diplomatic relations scandal the Prime Minister recalled his United Nations Ambassador who he blamed for acting to establish relations with Syria without his knowledge.   Many concerned Dominicans remain unsettled that such a course of action may have been engaged to sell Dominica passports to elements of the heavily sanctioned Syrian regime.

No government is above reproach. All governments must be held to strict standards of accountability and transparency. Democracy dies in the dark and citizens have a right to demand answers from their government. In Dominica, and across the Caribbean, I make a call here for the enactment of Public Information Acts that will allow citizens to question and demand documents and other information from our governments.

That the Chinese gift us a road, or that Venezuela installs a gas tank, is no excuse to allow those who run our affairs to get away with lawless or irresponsible conduct. Where we are asleep at the wheel and are inattentive to any sense of civic duty, we shall lose our democracy in Dominica. We must maintain that eternal vigilance, while we craft a bodyguard of independent institutions in policing, the civil service, law courts, and overall civil society, to ensure that our democracy survives, and rule of law prevails. It is for that reason, the pro-democracy Nature Island Dominica Civil Liberties Foundation (https://www.nidclf.org/) was formed in 2022. Until similar organizations are formed in every Caribbean nation our democratic rights and rule of law will be imperiled.

[The views expressed in this article are those of the author and not of The Ward Post.]

An attorney in Maryland and a Georgetown Law School graduate, attorney Gabriel Christian is a highly-skilled veteran trial lawyer. He is deeply involved in community service, offering his time to the citizens of Maryland, business organizations, religious organizations, the school system, and the Caribbean community.

Published Works: In Search of Eden: Dominica, The Travails of a Caribbean Mini-State, 1992; Rain On A Tin Roof, 1999; Death by Fire - The Explosive Story of the 1963 Carnival Tragedy, 2007; For King & Country - The Service and Sacrifice of the Dominican Soldier, 2008; For King & Country-The Service and Sacrifice of the British West Indian Military, 2009; Mamo! The Life and Times of Dame Mary Eugenia Charles, 2010.