Challenges to democracy in Latin America and the Caribbean: the Trump effect

(26 November 2022) — Brazil’s losing President Jair Bolsonaro is engaged in a very dangerous game in his attempt to subvert democracy in perhaps one of Latin America’s and the world’s most important emerging economies. Bolsonaro, one of Latin America’s leading autocrats, by denying the outcome of the presidential election which resulted in the victory of Luiz Inácio Lula da Silva, also threatens other nascent democracies in the entire region.

It is most troubling that there are reports of some of Trump’s closest election deniers and co-conspirators helping Bolsonaro in his challenge of the election results. Their objective as U.S. election deniers is to export their autocratic ideologies to Brazil and other countries to disrupt democracies in the hemisphere and globally. That is, if they are left to succeed and their nefarious activities are not thwarted, and the will of the majority of Brazilian voters are not protected.

Will the governments of the hemisphere stand by and watch this scenario play out without raising their voices against Bolsonaro’s sordid attempt and offering support of Lula, the new president-elect? Left unchallenged it is acquiescing in giving election deniers a free ride in the hemisphere?

Where is the OAS on this issue? Where are the members of this regional organization who unhesitatingly denied recognition of Nicolás Maduro’s election in Venezuela on the pretext of an election conducted in manner that was not free and fair? Where is the OAS Secretary General who led the crusade against Maduro and illegally gave voice to Juan Guaidó? Silent are the voices in defense of democracy. Silent are the voices of those who claimed the defense of democracy mantra as they succumbed to Donald Trump’s boot-to-the-neck coercive policies and behaved as mere pawns in Trump’s anti-Maduro hemispheric policy. They have lost their hyped moral democratic values and now seem unable to rid themselves of the fear they had of Trump who no longer occupies the seat of power in Washington.

Biden’s Summit for Democracy – what now

Lest we forget, President Biden convened world leaders in the first-ever Summit for Democracy on December 9-10, 2021, stating that the defense of democracy is “the defining challenge of our time.” The Summit was described as a gathering of democratic leaders that engaged in dialogue that initiated concrete action for global democratic renewal.

This initiative was a recognition of the devastating effects the Trump administration had on democracy, rule of law, and good governance institutions in the U.S. and in nations around the word.  It was a recognition that autocratic leaders, and wannabe autocrats, everywhere were emboldened by Trump’s own behavior at home, and Trump’s embrace and admiration of autocratic leaders could have lasting effects in several countries.

Brazil, then led by Bolsonaro was among 56 countries that submitted a voluntary commitment to democracy. Brazil’s commitment read in part,

“Brazil maintains an unwavering commitment to democracy and the rule of law. The Federal Constitution establishes human dignity and democracy as the foundational principles of the Brazilian Republic. Since its adoption in 1988, the Constitution has been the central pillar for supporting democracy…. “

Under “Strengthening Democracy”, the Bolsonaro government confirmed its commitment to,

“Ensure free and fair elections: For over 30 years, Brazil has held regular elections at Federal, state, and municipal levels. The Government remains committed to strengthening electoral and political institutions and processes, in order to guarantee the right and opportunity of all citizens to participate in the conduct of public affairs in the country.”

Mr. Bolsonaro should be reminded of this commitment which includes respect for the will of all citizens spoken through the ballot whether of his supporters or of those who support his political opponent.

Preservation of democracy is an integral and most important objective of the Inter-American Democratic Charter (IADC). It was often cited in rejecting the outcome of the Venezuelan election in 2018. Where is the IADC and those who wrapped themselves in it in 2019 when the OAS voted not to recognize Maduro?

And, while looking at Brazil, perhaps more attention should be paid to other creeping autocracies in the region. Nicaragua gets lots of attention but there are other troubling trends in Latin America and the Caribbean. There are examples of creeping autocratic leadership when the recommendations of election observers and monitors are ignored.

Shifting from the Latin American behemoth to the tiny country of Dominica is to draw attention to what many are now describing as a threat to democracy in the Caribbean. Both OAS and Commonwealth Secretariat election monitors who observed the Dominica election in 2019, questioned the conduct and processes of the election. They recommended that the government of Dominica undertake certain electoral reforms before holding another election. Many of these recommendations for reform were also made in 2010 to no avail.

It appeared the government of Prime Minister Roosevelt Skerritt agreed to the reforms. He appointed eminent Caribbean jurist Sir Dennis Byron to examine the Dominica electoral process and operational mechanisms and make recommendations for reform. On the cusp of presenting his recommendations with the reforms necessary to ensure the electoral process was free and fair, Prime Minister Skerritt called a snap election two years ahead of time. The snap election will be held under the old flawed and often described as corrupt electoral system. Sir Dennis Byron’s recommendations when made will be too late, and Skerritt is guaranteed another five-year term under a corrupt and highly flawed electoral system.

Snap elections give the government a significant electoral advantage and are undemocratic. Snap elections, especially to avoid reforms which are necessary for the election process to be free and fair, effectively subvert democracy and are egregious.

There was a time in the history of the Caribbean when there were significant flaws in the electoral process of many Caribbean countries. Caribbean governments have come a long way. Major reforms have taken place and countries like Jamaica are now seen as great examples for others to imitate. But even in Jamaica a robust defense of democracy and rule of law is necessary to preserve democracy.

Most Latin American and Caribbean countries are new to democracy.  Their systems are fragile and susceptible to manipulation and subversion. For some, the outcome of corrupt electoral systems and processes are foregone conclusions. There is urgency for consistency in defense of democracy in the Americas. Those on the side of strengthening and preserving democracy in the Caribbean and elsewhere in the Americas must step forward to protect democracy without deference or favor. 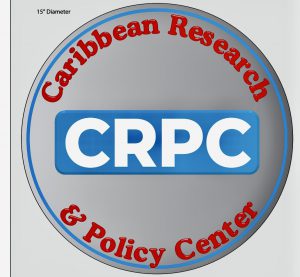 Available free wherever you receive your podcasts