(11 January 2020) — Approximately 20 years since its last hearing on Haiti, the U.S. Congress is now paying  attention to this troubled Caribbean country. This long overdue attention to the plight of the Haitian people must not be a one-off attempt. It should be the beginning of a concerted effort to help find ways to restore and strengthen Haiti’s fledgling democracy, build the country’s rule of law and justice capacity, enhance citizen security, create an environment for good governance, and end corruption of government officials. Ending impunity of corrupt political leaders who wantonly abuse their power should be prioritized.

The hearing, led by Congressman Albio Sires (D-NJ), chairman of the House Subcommittee on the Western Hemisphere, Civilian Security, and Trade, on December 10, 2019, raised issues of government corruption, increasing civil unrest, gross violations of human rights, and disintegration of public order in Haiti. Entitled “Haiti on the Brink: Assessing U.S. Policy Toward a Country in Crisis,” this important congressional hearing, may have been lost in the milieu of events surrounding the impeachment process taking place in the U.S. Congress against the U.S. president Donald J. Trump.

Haitian NGOs on the ground in Haiti, including the National Human Rights Defense Network, and a Haitian diaspora representative testified before the subcommittee. Some members of the Congressional Black Caucus, not members of the subcommittee, joined their colleagues in discussing the situation in Haiti. The participants were of one accord – if the crisis in Haiti is not reversed,  the country will explode.

Among the issues specifically identified as backdrop to the crisis are the ‘Lasalin massacre’ of November 2018 which resulted in the deaths of at least 71 civilians, the rape of at least 11 women, and the looting of more than 150 homes. Some 42 of those killed were reportedly shot in the head. According to human rights reports, the Lasalin massacre was carried out against opponents of the government, specifically in Lavalas dominated areas. Charges of killings by government-controlled gangs, gross violations of human rights, attacks on the press, arbitrary arrests and pre-trial detentions, and grossly overcrowded jails were leveled against the government.

The ongoing protests which began in the summer of 2018  were sparked by the estimated more than $2 billion of missing PetroCaribe funds. Corruption charges against the government of current president Jovenel Moise purportedly also occurred under his predecessor, Michel Martelly.

The crisis in Haiti demands urgent attention by the international community. As Congressman Adriano Espaillat (D-NY) very bluntly stated, Haiti is on the brink of disaster. Perhaps the statement of  Congresswoman Maxine Waters, a long-time supporter of Haiti and advocate for help to the Haitian people, was most impactful. Rep. Waters has visited and led several Congressional delegations to Haiti, including a visit in April 2019, to assess firsthand issues affecting Haiti. A long-time friend of Haiti, Rep. Waters is not a Haiti basher, and her testimony should be taken seriously. In her words, Haiti is “a country in crisis” and that “we (the U.S. government) are long overdue for an assessment of the policies of the United States towards Haiti as this crisis has developed.” 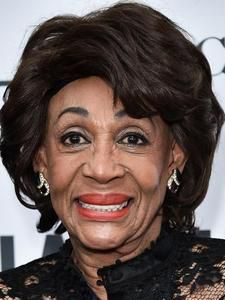 Rep. Waters called for President Moise to take responsibility for the current political crisis in his country, and stressed that the protests will not stop until he does. Rep. Waters is correct, but, so far, the president of Haiti has failed to take appropriate action to end corruption and human rights abuses by the government. The UN Office of the High Commissioner for Human Rights, and other groups that have investigated the Lasalin massacre, has identified gross violations of human rights being perpetrated on the people of Haiti by agents of the government. In spite of this evidence which implicates senior Moise administration officials and agents, as well as politically motivated violence against the people by gangs carrying out the will of corrupt political leaders, no meaningful action has been taken against them.

Pointing to recent meetings in Haiti between U.S. Under Secretary of State for Political Affairs, David Hale, with President Moise and other Haitian officials, Rep. Waters criticized the Trump administration’s failure to address the reasons for the crisis in Haiti. She pointed to the read out of the meetings which she said failed to mention “corruption within President Moise’s government, politically motivated violence, or impunity among government officials.” By merely calling for dialogue, Hale was remiss in failing to address the seriousness of the crisis. In the meantime, faced with a crisis in Haiti which seems to be getting worse each day, the Trump Administration’s attitude towards Haiti seems to be pursuing business as usual.

Another witness in the hearings, Daniel Erikson, a former State Department official, and former special advisor for Western Hemisphere Affairs to Vice President Joseph Biden on national security and economic matters, stated that Haiti is experiencing its most profound crisis in a generation. He also noted that unless the U.S. leads the international community in finding a solution to the crisis, no one else will. However, statements on Haiti from the State Department or elsewhere in the Trump administration has failed to signal any possible action or leadership on the crisis in Haiti.  Any action by the U.S. government that would jeopardize current Trump administration’s relationship with president Moise’s government is off the table.

The Trump administration casts Haiti in the category of supporters of the administration’s geopolitical policies. Issues of importance to the administration, as suggested by Dr. Antonio Garrastazou, (Regional Director, Latin America and the Caribbean, International Republican Institute) during the hearing, summed up the basis of the Trump administration’s policy towards Haiti, as follows: the Haitian government’s support of Venezuelan opposition leader, Juan Guaidó; being critical of Nicaraguan government leaders; and recognition of Taiwan, the latter in terms of Haiti’s proximity to the U.S. and as a restraint to China’s influence in the region. The reward for the Haitian leader’s fidelity to Trump’s policies is a budget proposal quadrupling U.S. assistance to the Haitian government.

While it is not unusual for CARICOM to be conspicuously absent from congressional hearings on important Caribbean issues, it reflects poorly on the regional organization and the Caribbean region. It should be of concern to the region that CARICOM’s role has eroded to the point of being irrelevant. While, the UN and the OAS were mentioned as possible future players in the Haitian crisis, CARICOM was not mentioned once throughout the hearings. CARICOM’s marginalization on Haiti reflects the lack of respect for, and confidence in Caribbean leaders to have any meaningful input in resolving governance problems in CARICOM member states. This should be a gut check for Caribbean leaders that the crisis in Haiti is perceived as beyond their capacities to comprehend and affect. The protests in Haiti will not subside. Yet, CARICOM fiddles while Haiti explodes!

Though not about CARICOM, but about the deteriorating situation in Haiti, no one should be surprised about CARICOM’s incompetence, or lack of political will and leadership to hold the leaders of its member states accountable. Good governance, free and fair electoral processes, press freedom guarantee, rule of law and justice, and protection of human rights are at risk. The organization’s role as a serious player in the sub-region and the hemisphere is being eroded from within. CARICOM’s feckless response to Haiti’s crisis will lead to further subversion of democratic norms in the Caribbean.

There are already troubling signs autocratic-style leadership in the Caribbean is taking hold. Political leaders with autocratic tendencies will interpret lack of collective response to abuses in CARICOM member states as the new norm. Such leaders will act contrary to the will of their populations with impunity.