CARICOM can’t afford to Wait too late to be Right

(10 July 2020) — The future we want for sustained prosperity in the Caribbean Community (CARICOM) has been staring us in the face long enough. It’s time to unlock and turn on the secret power sources of the region. CARICOM proudly declares that it has been on a long journey.  Therefore, it seems like a fitting juncture in its history for introspection to avert faltering.  CARICOM’s arrival at this milestone in our future must be celebrated; not only by affirming that it is the oldest surviving integration movement in the developing world, but why not the most forward-looking and responsive democratic action group in the developing world.

We are reminded of the attempted federation, which became a failure, in part because of the zeal of each state to secure political independence.  On the other hand, we must also ponder whether the value of more interactive communication among the citizens of CARICOM has too long been undervalued, as a means of energizing economic independence.  The COVID-19 crisis has focused laser lights on many contradictions and vulnerabilities in the Community.  The current catastrophe has unmasked the Community’s economic and health capacity, but now we see the light, it is a wonder whether current circumstances will deter CARICOM’s composure.

The loss of lives and the destruction of the economies are greater than many other natural disasters undergone. The regional economy is shaken to its core.  It is now time for CARICOM to unleash its secret sources of power aimed at transforming and improving people’s life by connecting technology and knowledge to bolster its resiliency. 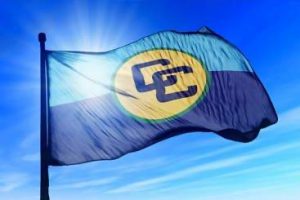 Accepting that in general CARICOM now has political independence, notwithstanding that there are strong strings of political dependencies; an issue that can be rectified when CARICOM demonstrates unambiguous consolidation of its people power.  There are some solution buttons that the region must push going forward such as: becoming the smartest region in the developing world, by fully operationalizing the Caribbean Single Market and Economy (CSME), which is a major source of power. A smart futuristic power source can be turned on, by becoming a one-currency region. Full advantage must be taken of the digital economy to embrace the fullest potential of digital money, electronic money or electronic currency, by carefully weighing the demerits and merits.  Another power source is awakening the silent majority within the diaspora in North America, Europe, and globally, mindful that remittances are overtaking Foreign Direct Investment (FDI) flows to low-and-middle-income countries, urgent action is needed. Strengthening partnerships between civil society and other stakeholders in member states with the diaspora, is an action requiring hastened consideration to stop the decline in migrant remittance flows. 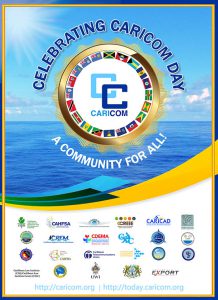 The leadership and membership of organizations within the Community must be held responsible and also recognized by CARICOM for their contribution to the greater good of the region. Young people and the elderly must no longer be seen as just vulnerable populations; but as the most reliable guarantors for sustained transformative development; because I firmly believe that the elders have an urgent moral duty to speak out on behalf of the young.  The Community has to utilize experience and knowledge of its entire people, with knowledge and involvement as its core, and the youths as the building blocks.  CARICOM must support inter-generational discourse as a power source.  Smart is not about a headful of knowledge and category of people; but growing and connecting. Smart CARICOM can’t only be about modern smart technologies, which are necessary tools to support being innovative and practical.  CARICOM must reflect the soul of our society.  Smart research findings, big, and dis-aggregated data, must be used to help us redress our needs.  We need smart leaders; however, all citizens must be smart to improve the quality of our contributions to the Community. Smart governance is extremely important; but we have to build more trust.

A strong power source is our diversity, a community of twenty countries: fifteen Member States and five Associate Members. CARICOM is the home to approximately sixteen million citizens, with about 60% under the age of 30.  Our people are from the main ethnic groups, Indigenous Peoples, Africans, Indians, Europeans, Chinese, Portuguese, and Japanese. The Community is also multi-lingual.  Mindful that the decline in external financing has affected investments and cause hardships in managing external payments for essential imports and also foreign debt service; the great diversity of the region must be awakened to energize the creative industries. CARICOM’s geography, population, and impressive level of social development, are assets requiring smart policy utilization.

It seems clear that COVID-19 shows a pull back from globalization. Therefore, the time is now to wave the CARICOM flag, globally. Make our hospitality industry explode with innovation by ramping up the creative industries.  The region cannot limit smart to graduating doctors and lawyers and good civil servants. A smart CARICOM must be about having global public goods, food security, water, hygiene, access to health care, medication, and a more conducive environment for all to thrive.

To achieve economic independence the region requires more than individual states efforts.  CARICOM must adopt and embrace integrated farming methods to increase productivity. Reliable food sources can be secured through sustainable agriculture by mixing crops and animals.  The region has to be smart enough to have global focus by connecting with the world not only unilaterally, but as a power block, reinforced by its skills stocked secretariat.

CARICOM can’t afford to wait too late to reinforce the pillars of the regional integration movement; replaced by regional columns, beams, and bridges to withstand deeper and more progressive integration movement.   Wider creativity, innovation, and interactive partnerships is wanted to connect the Community with more trust.  The many past accomplishments and great strides made, through functional cooperation, can’t be ignored. However, the respected voice of the Community in international affairs requires some choir practice, to reflect more harmony than the division too often displayed in foreign policies.

Ambassador Antoine was the Director of the Office of International Students and Exchange at the University of the District of Columbia. Ambassador Antoine is a published author; penning several books, including 2 children’s books, and several articles.