(14 Sept. 2017) — With greater frequency and added ferocity natural disasters, in particular from hurricanes, and also from earthquakes, lay bare the Caribbean region’s extreme vulnerability.  While there is no uniqueness in these threats of natural disasters, Caribbean citizens’ security, infrastructure, and economies are extremely vulnerable, and rebuilding with limited human and financial resources poses a tremendous challenge.

Lives lost can never be replaced; public and private property and infrastructure may be rebuilt. However, the cost of rebuilding, in particular with greater resistance to inevitable future natural disasters are generally beyond the human and financial resources of the countries affected. Recovery, in many such cases, is overtaken by the next disaster and the countries of the Caribbean often find themselves perpetually in the recovery and rebuilding phase. Without raising the specter of new challenges posed by global warming, rising sea level, and climate change the Caribbean region is already challenged beyond its capacity.

Caribbean countries with the help of international partners have been building resilience capacity and regional coordinating mechanisms to respond to disasters.  The Caribbean Disaster Emergency Management Agency (CDEMA) is one such important mechanism in place.  However, CDEMA’s effectiveness when faced with disasters of great magnitude will only be as good as the level of assistance afforded by outside partners. The people of the Caribbean, at home in the region and in the Diaspora, are quick to respond, but they too are challenged by limited capacities to deliver aid in an emergency situation in real time. Their best approach may rest in marshalling resources for the rebuilding efforts which must follow immediate relief response. 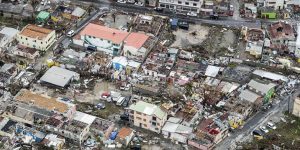 Hurricane Irma, a category five hurricane, on the heels of the widespread disaster on the United States homeland wrought by hurricanes Harvey and Irma could not have occurred at a more inopportune time. The U.S. is generally the first responder for Caribbean disasters, and while there is U.S. response to Irma, attention may not be as focused or extensive as it possible could have been were it not for Harvey and Irma’s devastating impacts on the U.S. homeland and territories. Moreover, U.S. Caribbean territories, the U.S. Virgin Islands and to some extent Puerto Rico, suffered as intense damages as did Barbuda of the twin island nation of Antigua and Barbuda. By the same token, the United Kingdom on whom the English-speaking Caribbean can usually expect relief and rebuilding assistance also has its own territories – Turks and Caicos Islands and the British Virgin Islands – severely impacted by hurricane Irma.

It is important to recognize also, the devastation of Dutch St. Maarten and French St. Martin, countries of the European Union which will attract E.U. rebuilding assistance. Also, Because of the regional nexus the U.S. would normally be the first responder in the Dutch and French islands. All told, the disaster wrought by hurricane Irma in the Caribbean changes the dynamic for disaster response in the region.  There will be a lot to think about even as the hurricane season still has a long way to go.

I watched the live webcast of the CSIS–C-CAA (Center for Strategic & International Studies – Caribbean-Central American Action) joint event on 09/13/2017, “Hurricane Irma: The Aftermath and Caribbean Disaster Response” and was struck by the complete destruction of Barbuda and the resilience of the people of Antigua in their initial response to their sister island, including the evacuation carried out by the government. Watching the video presented by Sir Ronald Sanders, ambassador of Antigua & Barbuda was a stark reminder of the vulnerability of island states and the importance of climate change to the entire Caribbean region. 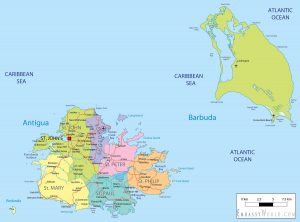 One thing made clear by Ambassador Sanders is that Antigua & Barbuda cannot rebuild without the assistance of partner nations such as the United States, the United Kingdom, the European Union, and the non-affected countries of the Caribbean. To this mix of rebuilding assistance providers, I add the Caribbean diaspora.

Globally, the Caribbean diaspora will have an important role in the re-building of the affected Caribbean islands.  Already, there has sprung up a number of well-meaning groups, some old some new, which are organizing relief efforts. I would suggest that their efforts should not just target immediate relief, assuming they have the capacities to deliver while the needs are greatest, but to concentrate their efforts in the long term in helping the countries rebuild.