(04 December 2019) — Discontent within Caribbean diaspora communities is growing in intensity. To most governments in the region, peaceful demonstrations on the streets far removed from the homeland are viewed as non-threatening and inconsequential, thus easily ignored and dismissed. But they should take heed! What they see is only the tip of the iceberg.

Traditionally, diaspora’s passionate patriotism has been channeled through individual and collective contributions to nation building. With few exceptions, diaspora communities have been silent, ignoring the lack of good governance, rule of law, corruption, human rights violations, and lack of citizen security, regardless of political party in power at any given time. Diaspora members, watching from a distance, found ways to contribute to their homelands in spite of bureaucratic and prejudicial obstacles. While a few have engaged in advocacy, both with home governments and with succeeding U.S. governments, attempts to speak with a unified voice have been stymied in part due to lack of broad effective and focused mechanisms within the diaspora. 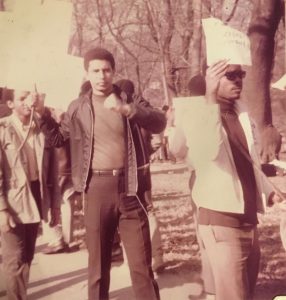 Multi-media platforms – social media, online publications, and radio programs – are now utilized increasingly by diaspora communities, as more members become engaged. Should the governments of the region fail to respond to, and respect the views of the diaspora they will risk further alienating large numbers in diaspora communities. They will be hurting local economies and the people at home, especially those marginalized, who depend heavily on diaspora philanthropy.

I recently posted a statement in The Ward Post by the constitutional Dominica Leader of Opposition raising alarm of potential corruption in the general elections scheduled for December 6, 2019. He said, without electoral reform elections will not reflect the people’s will. The government has not responded to my invitation for an official response. I have received, instead, responses from surrogates who do not meet the threshold of speaking for the Prime Minister on issues raised by his constitutional counterpart. 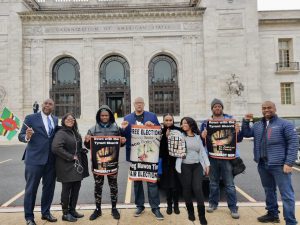 On November 22, 2019, while Dominica’s foreign minister was at the Organization of American States (OAS) providing reasons for rejecting an OAS election observer mission and recommendations for urgent electoral reforms, a group of Dominica diaspora members protested peacefully at the OAS. Their mission was to expose what they see as a series of deliberate undemocratic actions taken by the Dominica government in recent years. Their call for government reform are being ignored. These Dominicans should not be seen as political acolytes, but as patriots standing up for their country and for democracy in the Caribbean.

These patriots and other active Dominican diaspora leaders raising important issues should be encouraged. In response, the Dominican government and its supporters have resorted to personal partisan attacks against their fellow Dominicans, including by calling them traitors for highlighting important governance issues and advocating for reforms. The government by its deliberate actions, instead of fostering a unified Dominican diaspora for the country’s benefit, is dividing the diaspora into partisan political factions. Tensions between the government and important segments of the country’s diaspora have risen to contentious levels. Their concerns which are focused on corruption in the passport for citizenship program, and the urgent need for electoral reform before the holding of the next general elections, should not be ignored by the government and the region 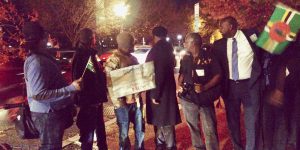 Dominican diaspora concerns are being viewed through partisan political prisms, and the chasm between concerned members of the diaspora and the government is widening. Political intolerance is practiced and encouraged at the political leadership levels aided and abetted by those who remain silent. There is no room accorded for contending views.

Autocratic style of governing is growing in the Caribbean.  Challenges to democracy are increasing in countries once held up as beacons of democracy in the hemisphere and around the world. Autocratic-leaning leaders are taking solace from an uncharacteristic U.S. government over the past two and a half years. Should this trend be allowed to continue, these Caribbean showpiece of democracy will be reduced to mini dictatorships. We are not there yet but there are troubling signs. 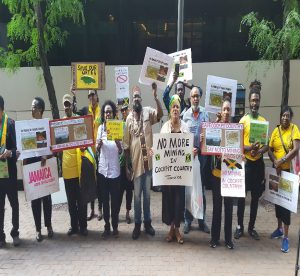 Similarly, some members of the Jamaican diaspora demonstrated outside the United Nations when world leaders, including the Jamaican Prime Minister, was present for the UN General Assembly (UNGA) in September, and subsequently at Times Square in the heart of New York City. In a series of demonstrations, these Jamaican patriots are standing up to the government’s decision to allow bauxite mining in the pristine Cockpit Country that will have irreversible detrimental environmental impact on the country. Jamaicans at home and abroad are passionate about this issue and are taking action.  The government seems incapable of acting prudently to preserve the patrimony of the country and protect the country’s fragile environment.

As Caribbean governments fail to act responsibly, diaspora discontent with governance in the region will grow and become more visible. Members of the Caribbean diaspora will not be silenced, and, with the growing access to multiple media platforms, as well as other forms of information technology, opportunities for affecting the dynamics of government-diaspora relationships are significantly enhanced. This is taking place in the context of growth in numbers and related economic and political influence of the Caribbean diaspora community. On fully realizing the extent of the diaspora as a force for change, policy makers in the US and the Caribbean will be forced to take notice. Actions by Caribbean and US governments that are antithetical to the interests, sovereignty, and the will of the people of the Caribbean will be met with political resistance by an organized and emboldened diaspora community. 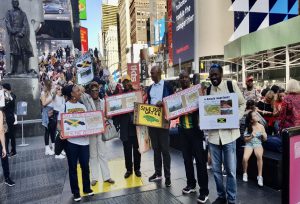 I am encouraged by members of the Jamaican and Dominican diasporas for visibly expressing their views which are often unseen on social media platforms. As diaspora communities become more aware of issues affecting their home countries, and the American public at large of issues comprising America’s ‘Third Border’, the potential for growing alliances and shaping US policies in the region will grow exponentially. US policies, regardless of who occupies the White house, will be more responsive in a positive way.

Members of the Caribbean diaspora have grown frustrated with playing by rules established by those who wished to maintain hegemony over their roles in support of their homelands and countries of heritage. They’ve maintained harmony in their relations out of love for their respective countries. The rules were promulgated by Caribbean governments probably by default, or in collusion between, or imposed on the young nations of the Caribbean by the northern powers which hosted the vast majority of the Caribbean diaspora. Members of the diaspora are now saying these rules must change to include the interests of the diaspora and not only to serve their respective countries. Dominican and Jamaican diaspora patriots are standing up with their compatriots in the homeland.

The importance of economic and social support for diaspora native,or connected, homeland has grown significantly in recent years. While their charitable contributions are not easily quantified, the impact has been quite significant, in particular in health and education, and in the social and economic empowerment of the people. Caribbean diaspora annual remittances flow significantly impact the economic viability of Caribbean countries.  It is a one way flow – from the diaspora to the countries. The diaspora is now demanding some return on these contributions; governments must be responsive to diaspora concerns and implement higher standards of governance and accountability for continued support. 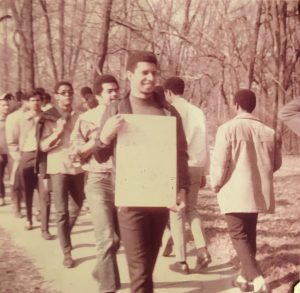 While attending the UNGA in September 2019, the Prime Minister-led Jamaican delegation, including the Minister of Foreign Affairs and Foreign Trade (MFAFT) who has responsibilities for diaspora affairs, failed to engage with the diaspora while in New York. Yet, time was found by the Prime Minister for political fundraisers in New York and at the residence of the Jamaican ambassador in Washington. Members of the diaspora view these slights as marginalization of diaspora importance. It’s out of sync with the government’s professed efforts on meaningful diaspora engagement. This slight occurred while the MFAFT was in the process of ardently promoting the new Global Jamaica Diaspora Council (GJDC), a group being established to advise the Jamaican government through, and under the control of the MFAFT.

A strategy often used by governments is to dismiss diaspora concerns as politically driven. Fostering partisan affiliations in the diaspora is anathema to the best interests of Caribbean countries and provide a pretext for dismissing diaspora views with which they disagree. Denying room for contending views is not conducive to a workable partnership.

This article was published in Viewpoints, a Jamaica Gleaner online platform on December 03. 2019.