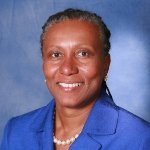 I have been working my way through Eric William’s classic, From Columbus to Castro. In fact, I have just finished the chapter that he later expanded into another seminar work, Capitalism and Slavery. My reading has provided a timely reminder of the role that the Caribbean sugar plantation economies played in the growth of European capitalism.

Perhaps this is why I reacted with such skepticism to the announced intention of Theresa May as she detailed her 12-point Brexit plan, to negotiate agreements that would recapture Britain’s role as a “great, global trading nation”.

This phrase recalls the colonial era when Britain, relying on the enormous profits generated by its sugar-producing colonies in the Caribbean, was able to reach the height of its power. The zenith of British power was in the late 18th to mid-19th century. Then, Britain ruled over an empire comprising 23% of the world’s population and 24% of Earth’s land mass. This height was achieved through the barrel of the gun and one-sided mercantilist policies, not to mention a lucrative trade in enslaved Africans. Can anything even similar be replicated or approximated through the negotiation of trade agreements? I don’t think so.

Some significant portion of the world with which Britain will want to negotiate these agreements will comprise her former colonies, notably the African Caribbean Pacific (ACP) countries. They are 79 countries, though not all of them are former British possessions. It is to be hoped that Britain will approach negotiations with countries in this group with realism.

Caribbean realism should also inform us that the region cannot hope to attain high priority on the list of countries/regions with which Britain plans to negotiate in its bid to recapture its former glory. Sugar is no longer king!

What can the region do?

Brexit matters to the Caribbean, first and foremost, because the departure of Britain from the EU will also mean its departure from the Economic Partnership Agreement (EPA) signed between the Caribbean region and the EU.  This does not, however, mean that the EPA has lost its promise. It does require that countries, particularly the English-speaking territories, move more aggressively to explore market opportunities in the other 26 EU parties to the EPA.

The Caribbean should also begin to think creatively about a good “hook” that could move it up on Britain’s priority list of trading partners. Could this be in the services area? Or could it mean exploring strategic partners with which it could partner to negotiate a trade agreement with the “new” Britain.

These are just exploratory ideas. But explore we must!

Andrea M. Ewart is an Attorney-at-Law admitted to the Washington D.C., Florida, and Maryland Bars, and the U.S. Supreme Court Bar. She is Executive Vice President of the Organization of Women in International Trade. She writes extensively on international and trade law issues. A U.S.-trained Customs and International Trade attorney at her firm – Develop Trade Law, LLC, you can visit her blog at www.developtradelaw.net/blog.