As Barack Obama comes to the end of his eight-years as President of the United States of America, many there are who are beginning to make their assessments of his tenure. They should all try to remember where the world was in 2008 before attempting those assessments, says Ewart Walters whose article below was written in November 2008 at the moment of his election victory.

“America has come to its senses” Part 2

The last act in this immorality play was the eight dark years of Dick Cheney and George W. Bush and their co-conspirators of the Project for the New American Century (PNAC) – Donald Rumsfeld, Richard “Prince of Darkness” Perle, Bill Kristol, 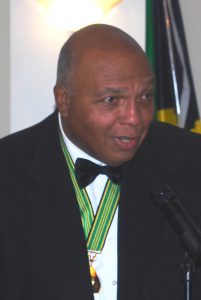 Elliot Abrams, Paul Wolfowitz, John Bolton, “Scooter” Libby and others. Eight years of secrecy, dishonesty and illegality: renditions, water-boarding, murder and mayhem, pre-emptive attacks, expansion of the military industrial complex, and, as one vivid example of domestic callousness, the shameful mistreatment of the victims of Katrina.

Having pushed the country, and much of the world, so far over to the right, they left the Democrats – including Bill Clinton – confused and searching blindly for a middle ground that itself had shifted way over into Conservative if not neo-con territory.

And then, along came Obama.

Perhaps the first point to be made is that this man, whose presidency will mark the real beginning of the 21st Century, is one who, unlike most presidents, came up from poverty. Here is a man who went to college on scholarship, whose mother survived on food stamps while she went to school, who on his departure from a brilliant performance at Harvard Law School thought it important to go and work with members of “the underclass” on the streets of Chicago, men and women who had nothing. Men and women who were forgotten, discarded by the system that had embraced and lionized the trickle-down myth of deregulation by “small government,” privatization and free-market economics.

Obama paid his dues. Black by the American “one drop rule,” he never wore blackness on his sleeve. What is more, he is a product of “the browning of America,” the explosion of citizens who are at once both Black and White and neither Black nor White.

But beyond that he is gifted; Gifted, with a high intelligence; Gifted, with a persuasiveness that brought hope and belief back into the souls of people that were long hardened by the privation of privatization; Gifted, with passion and a golden tongue that echoes Martin Luther King Jr. And this was a characteristic that drew hundreds of thousands to hear him – in sleet and rain, in sub-zero temperatures, in Germany, in St. Louis, in Denver, in Pennsylvania, in New York, in St, Petersburg, in Miami, in parks and churches, in school halls and community centres, in lunch rooms and restaurants.

Obama’s work as a community organizer and his grasp of the task before him led to the creation of a campaign organization such as we have never seen before. If it was the technology of television that brought the savage racism of the southern whites against the leaders of the Civil Rights movement into the living rooms and the consciousness of America and the world, it was now the technology of the computer, the cell-phone and I-Pad that rocketed the Obama campaign. The campaign’s mastery of the information revolution, and its use of social-networking tools, brought into the political process millions of young Americans and new voters.

But none of this would have worked if there had not been an articulation of a vision combined with that most sought-after, most elusive quality – charisma. (Charisma: n. 1 personal magnetism: the ability to inspire enthusiasm, interest, or affection in others by means of personal charm or influence. 2. Divine gift: a gift or power believed to be divinely bestowed).

Never before has one person drawn so many. Tall, athletic, handsome young father with a megawatt smile, and compellingly articulate, Barack Obama is the very definition of charisma. And yet, he was most persuasive when he presented the task not as his but as the property of all who would hear him. He spoke to them as they had never been spoken to before. He spoke their language, their issues.

The Guardian’s Jonathan Raban saw it this way:

“We’ve elected as president someone who is empirical, cautious, conservative with a small “c,” yet unusually sure of his own judgment… He’s sure to disappoint those of his supporters who believe he can raise the dead, turn water into wine, and walk on water. But he has rescued the White House from the besotted rationalists of PNAC with their Platonist designs on the world, and restored it to the realm of common reason. It’s a measure of the madness of the last eight years that, for this seemingly modest contribution to the nation’s welfare (and not just this nation’s), grown men and women wept in gratitude on Tuesday night. ‘Thank God, thank God, thank God, thank God,’ spoken by four devout atheists. There was little triumph in our emotion, only an overpowering wave of relief that, after eight years of manic derangement, America had at last come to its senses.”

And the rest of us? Well, we can sing again – with Sam Cooke “It’s been a long time comin’ but I know a change is gonna come.” And, yes, we can sing along with the High Priestess of Soul, Nina Simone, her 1969 song:

“Oh but my joy of today
Is that we can all be proud to say
To be young, gifted and Black
Is where it’s at!”

Ewart Walters, CD, M.J., is a journalist, diplomat and author whose critically acclaimed book, We Come From Jamaica: The National Movement 1937-1962, is the brilliantly told story of the men and women who propelled Jamaica into Independence. A triple gold medalist in Journalism and a keen political observer, Mr. Walters who published his own newspaper The Spectrum in Ottawa, was Parliamentary Reporter for Public Opinion and the Gleaner in the early years of Jamaica’s Independence, and later served as a senior public servant with the Federal Government of Canada.