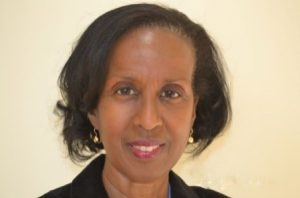 Hurricane Dorian hit the Bahamas on Sept. 1st as a Category 5 storm, with winds as high as 180 miles per hour, and was virtually stationary for two days until Sept 3rd, finally moving away from northern Bahamas as a Category 2 storm. The sheer extent of the devastation in Grand Bahama and Abaco can only be described as apocalyptic, with hundreds of people still unaccounted for. Coming on the heels of the impact of hurricanes Irma and Maria in 2017, which brought unprecedented destruction in Puerto Rico, BVI and the Eastern Caribbean, this underscores once again, the extreme vulnerability of the Caribbean to climate change and increasingly violent weather events, which unfortunately, are the “new normal”. Two years later, BVI and Puerto Rico have not yet recovered either in terms of infrastructure or economically, and it will be some time before they do. A September 4th Opinion piece in the New York Times on Hurricane Dorian in the Bahamas makes the poignant point that the country, like the rest of the Caribbean is “ground zero for global warming”, in spite of its small carbon footprint vis a vis the rest of the world. 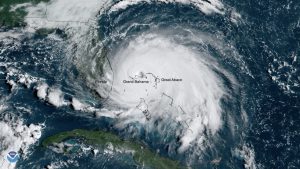 In the immediate aftermath of Dorian’s exit from the Bahamas, there has been a significant, and welcome international response. The Hurricane had scarcely moved away from the country when international donors, such as the Inter-American Development Bank — a key development partner, and international companies with business interests there, such as The Walt Disney Company and Royal Caribbean International, stepped forward with emergency assistance. Caribbean Governments in the region have pledged support and have quickly sent emergency response teams to help. After the emergency response phase however, the Bahamas will turn to rebuilding. Taking into account lessons learned in the current crisis, the government will have to also focus on preparation for the next hurricane or climate event, which will come. It is only a matter of time.

The need for community engagement

The issue of resilience in the face of the next hurricane should be on the minds of every individual in the Caribbean, and not just immediately before, during and after an event. While nothing can prevent the widespread destruction of a Category 5 hurricane, as we have seen in the Caribbean, even a relatively “mild” climate event such as heavy rains can result in severe flooding, lost homes, livelihoods and businesses. The human cost of climate change is high. In Jamaica in 2017 , micro-businesses on the banks of the Rio Minho River in Clarendon, Jamaica were washed away in 12 hours of heavy rains. There needs to be a major shift in mindset throughout each country in the Caribbean to focus on the climate crisis and its impact throughout the economy. This requires consistent engagement  — awareness-raising, education — and action, at the local level in communities around the issue of climate resilience. Communities need to be actively mobilized across the region in this effort, and be partners in climate adaptation and mitigation solutions.

For some time now the governments in the region have made climate resilience and climate mitigation a priority, and increasingly so in the last three years.  New bilateral and regional initiatives have been launched for the Caribbean, and important policy and project work is being done under the auspices of the public sector. Examples include:

The Commonwealth Climate Finance Access Hub, launched in 2016, which helps countries in the Caribbean successfully tap into international funds, such as the Green Climate Fund, and the Climate investment Funds to support climate adaptation and mitigation.

The Caribbean Climate-Smart Accelerator, established in 2018 in the aftermath of Hurricanes Irma and Maria, which seeks to make the Caribbean the first “climate smart zone”, in collaboration with a suite of partners including the Inter-American Development Bank, CARICOM and Virgin Unite. The Accelerator mobilizes financing and partners for projects supporting climate adaptation and resilience goals.

The Regional Climate Resilience Building Facility, announced by the EU in 2019 to provide 28 million euros for technical assistance, disaster insurance and investment to support both the public and private sectors,

Policy frameworks, planning and projects, and regional programs such as these at the macro level are key, but ultimately the impact of climate change is felt most acutely at the local, grassroots level. It seems that not enough focus and financial support has been given to the small, targeted and scalable interventions that can lead to changes in behaviors to embrace contingency planning and climate resilience in communities across the region.

Some important community activities are already underway.  The Nature Conservancy has recently launched a Resilient Islands Project focusing on three countries in the region — Grenada, Jamaica and the Dominican Republic. Given that over 50% of the population in Caribbean islands lives on the coast, the goal is to improve climate resilience through proven  coastal eco-system approaches, which show for example that coral reefs and mangroves help to reduce climate risk.

In addition, the Inter-American Foundation is currently providing US$650,000 in grant support to community organizations in Antigua and Barbuda, Dominica, Grenada, and Saint Vincent and the Grenadines to improve climate resilience at the local level. These organizations will work with communities to develop community adaptation plans and implement disaster risk reduction strategies through vulnerability assessments, workshops, mentoring programs, and peer exchanges. Efforts will also focus on supporting smallholder farmers through the adoption of tested disaster preparedness techniques, including creating secure seed banks, inter-cropping with water-resistant crops, and improving drainage and water storage infrastructure. This approach is based on IAF’s successes in this community approach to disaster risk mitigation elsewhere in Latin America.

In the Bahamas, important work on coastal rehabilitation and conservation, and coral reef restoration has been taking place, through the efforts of the Nature Conservancy, in its Coral Innovation Hub, in collaboration with the U.S.-based Perry Institute Foundation of Marine Science. The Bahamas Reef Environment Education Foundation (BREEF) and the Bahamas National Trust are involved in similar projects.

Local efforts such as these in the Bahamas and elsewhere in the Caribbean should be expanded, with particular focus on the education aspects.  In addition, the region should take advantage of successes in other small island states. Key lessons at the community level can be learned from the islands in the Pacific which seem to be leading the way, not only in the eco-system approach to restoration and sustainable management of coastal eco-systems, but also in innovative solutions to climate change.

Attention must also be paid to micro and small business in the climate resilience effort, because of their importance to livelihoods in the community.  Here microfinance institutions can play a key role, given their work at the grassroots level. In a previous blog, I urged microfinance institutions and credit unions to expand their suite of products to include “green” loans to finance energy-efficient, solar products to help to reduce the Caribbean’s dependence on fossil fuels. In terms of climate resilience however, they ought to go further. First, by developing business continuity and disaster risk mitigation plans which can be put in practice when needed for their own institution, and second, by integrating climate risk and mitigation education as part of client service. Regional bodies such as the Caribbean Confederation of Credit Unions, credit union leagues at the national level, and the Caribbean Microfinance Alliance can play a leading role in this regard.

Looking beyond humanitarian assistance to the critical rebuilding process in The Bahamas, community-based approaches to resilience, and contingency planning at the community level must be an integral part of plans and programs. Indeed, the issue of climate change should be at the heart of every development plan in the region, given the fact that it is linked intimately to every sector of the economy, as we are seeing clearly in the Bahamas.

This article was first published by Dr. Winsome Leslie on Linked-in . You may also read Dr. Leslie’s blog on Microfinance in The Ward Post.