(23 February 2019) — In a statement issued February 22, 2019, five former leaders of CARICOM Member States, P.J. Patterson (Jamaica), Said W. Musa (Belize), Owen Arthur (Barbados), Kenny Anthony (St. Lucia), and Lester Bird (Antigua & Barbuda) denounced the threat or use of force to settle the political impasse in Venezuela. The former leaders expressed their support for “the CARICOM call on all nations to help promote a process of dialogue between all the parties in Venezuela.” They also objected to any encouragement of the Venezuelan parties to reject mediation as the process to resolve the issues. The United States Government has firmly rejected any support for mediation to resolve the crisis in Venezuela.

The former leaders emphasized the importance of adherence to universally accepted principles of international norms and law, while rejecting any action that would be inconsistent with such principles.

With a population of nearly 32 million people, it is instructive to note that with the broad publicity being given to the Nicolas  Maduro Government’s rejection of U.S. humanitarian aid to relieve the so-called “starvation” of the Venezuelan people, the assistance being offered by the United States Government can feed only a few thousand Venezuelans for a very short period of time. According to a U.S. State Department statement, the humanitarian assistance stockpiled on the border of Brazil and Venezuela are “Food kits containing containing rice, beans, sugar, and salt to feed nearly 3,500 people for 10 days; and Additional rice to feed an estimated 6,100 people for one month.” The U.S. Government has also stockpiled humanitarian aid on the border of Columbia and Venezuela. At the same time, humanitarian assistance has been offered to Venezuela from other sources, and it was reported that Russia is shipping some 300 tons of food to Venezuela.

(The full statement of the former leaders follows.)

STATEMENT OF FORMER LEADERS OF THE CARIBBEAN

We, former leaders of Caribbean Community (CARICOM) countries of Jamaica, Belize, Barbados and Saint Lucia (and Antigua & Barbuda) concerned about the maintenance of the Caribbean as a zone of peace, express great disquiet about events surrounding the situation in Venezuela and the prospect of any action that is inconsistent with the principles of independence, sovereignty and territorial integrity.

In this connection, we are concerned that no action be taken that would jeopardise these fundamental principles of international law.

We recall the importance of order in our Hemisphere and the central importance of the United Nations system. The conduct of relations between nations necessitates adherence to, and preservation of, accepted norms and principles and we warn that any retreat from these norms and principles threatens peace and security, and portends far-reaching consequences, including humanitarian suffering and the contagion of economic decline.

Acknowledging that there is need in Venezuela for humanitarian assistance, we believe that the delivery of such humanitarian assistance should not be politicised but should be conducted under the auspices of the United Nations according to normal procedures, including the participation of the Government and other authorities.

We categorically reject the use or the threat of force as a means of resolving the situation in Venezuela.

In a spirit of international democracy, we join the CARICOM call on all nations to help promote a process of dialogue between all the parties in Venezuela to seek accord and to negotiate constructively a settlement of the internal challenges that confront the nation as a whole. We appeal to all governments to contribute to the process of peaceful negotiation by the Venezuelan parties in the interest of the people of Venezuela and the wider Hemisphere.

None of the Venezuelan parties should be encouraged to eschew the process of dialogue which alone can produce “a Venezuelan Pact” that is central to lasting peace and orderly economic and social restoration and progress. 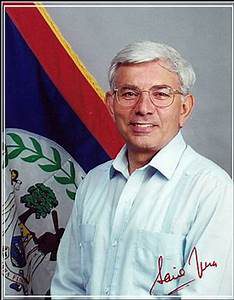